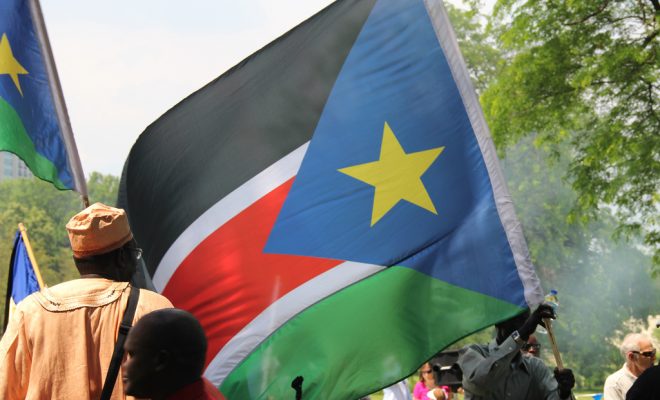 In February, the United Nations declared a famine in South Sudan and estimated that 100,000 people faced immediate risk of starvation. This was the first declared famine in six years; the last was in Somalia in 2011. While South Sudan has long been struggling, the question is, how did an oil-rich state and one that had finally gained independence from Sudan after years of fighting, suddenly find itself in this situation? Read on to learn more about the nation’s tumultuous history, the aftermath of its independence, and where it stands today.

The History of Sudan

Sudan emerged as an extension of Egyptian society in 1500 B.C. and shared many of Egypt’s customs after the decline of ancient Egypt. Critical to the current conflict, Christianity was introduced to Sudan beginning in the 4th century, followed closely by Islam. For the next several centuries, the country fell under the sway of various Muslim or Egyptian rulers until it finally became a province of the Ottoman Empire in the 19th century. Not long after, control of Sudan passed to the British after fierce fighting between Britain and local religious leaders.

Ultimately, British machine guns and artillery won out and Sudan was eventually brought to heel under a combined British-Egyptian rule. For approximately the first fifty years of the 20th century, the two sides continued this arrangement, with occasional conflict, as Egypt wanted to rule both Egypt and Sudan as one united country. These protests were ignored and ultimately, after Egyptian consent, Sudan became an independent country in 1956.

The Emergence of South Sudan

In 2011, 99 percent of voters in a referendum decided that the 10 southern-most states of Sudan should break away and become South Sudan. While the final decision ended with a clean break, getting to that point was an arduous process. In fact, the referendum followed on the heels of the 2005 Comprehensive Peace Agreement, an agreement that finally ended a civil war that had lasted for several decades. In total, more than 1.5 million people died in the war and another 4 million were displaced because of the war.

The Civil War started in 1955, before what would become Sudan had even gained independence, when army officers from the south of Sudan mutinied. The officers rose up out of fear that once control of Sudan had passed from Egypt and Great Britain that the Muslim majority in the north, the new government, would impose Islamic Law on the country and promote an Arab identity. The initial conflict ended in 1972 with the Addis Ababa Agreement that granted the south limited autonomy. However, the government reneged on its agreement in 1983 leading to another outbreak in fighting that lasted until 2005. The specific issue was the government in the north’s decision to place Sudan under Sharia Law. While the country was approximately 70 percent Muslim, the other 30 percent was composed of Christians and those who followed traditional indigenous religions. In addition to the religious divide, there is also an ethnic divide between Arabs in the north and black Africans in the south.

In addition to the ethnic conflict that started much of the fighting, a major issue preventing peace was how to divide the country’s oil. Although the south has most of the oil reserves, the north had the pipelines and the port to the Red Sea. In the 2005 agreement, the two sides decided to divide profits equally, however, that arrangement ended in 2011 with South Sudan’s independence. Furthermore, while the 2005 agreement paved the way for southern independence it left many conflicts unresolved. The video below looks at Sudan’s modern history and why it has been plagued by conflict.

Following the implementation of the peace deal in 2005, South Sudan went through a six-year period of autonomy before it voted for independence in 2011. The initial decision for independence was greeted with enthusiasm due to the promise of a large supply of oil and an end to decades of fighting. However, the agreement also left key elements undecided. Notably, it failed to decisively divide up oil resources evenly and did not extinguish ethnic tensions.

The oil issue grew out of the fact that the new South Sudan had most of the oil, while Sudan had most of the transporting and refining capabilities. This issue also bled into the ethnic conflict as some of the disparate groups were armed by Sudan in an effort to weaken South Sudan from the inside, sparking sudden conflicts. These clashes, especially the one between the two largest ethnic groups, led by the president and vice president, sparked yet another outbreak of civil war, this time within South Sudan. Additionally, there remains conflict between South Sudan and Sudan in various border regions. One of the contested areas, Abyei, was not able to participate in the original 2011 referendum vote, leaving questions about its status in the conflict. Many of these border regions also have considerable amounts of oil.

The following video looks at South Sudan at independence and many of the issues that have plagued it since:

A civil war within South Sudan, following its independence, came about in December 2013. At that time the president of South Sudan, Salva Kiir, and the vice president, Riek Machar, were engaged in political infighting. Ultimately, Machar was removed from his role as vice president and fled the country.

What started as a political dispute quickly divided the country along ethnic lines. The Dinka, one of the two largest ethnic groups in South Sudan, supported the president, while the Nuer, the other major ethnic group, supported the ousted vice president. As the ethnic conflict escalated, human rights violations ranging from rape to murder have been documented. Because of the violence, many farmers have been unable to tend their fields and grow their crops, which has led to the food disaster that is now considered a famine.

As many as 100,000 people are in jeopardy of starving because of this famine. In addition, another 5.5 million could face food shortages as soon as July. Making the situation even more difficult, annual inflation has risen to 425 percent, making it nearly impossible to buy food. Aid agencies, which have been making up for most of the shortfall, face significant obstacles as the conflict escalates. More than 80 aid workers have already been killed in the conflict. The situation has gotten so bad that people in the affected areas are hiding and foraging in swamps by day and then tending to their crops, at risk of animal attack, by night while the soldiers sleep.

To counter the ongoing turmoil, the international community has tried to intervene. The United Nations Security Council has authorized over 13,000 peacekeepers to be stationed in the country and given them the power to use force to protect civilians. These efforts though, have been continuously undetermined by the fluid situation on the ground, with all sides, including the government, involved in the violence. The international community has taken other steps as well, such as sanctions leveled by the United States on the leaders of both sides of the conflict.

To avoid further sanctions, President Kiir agreed to a peace deal with former vice president and rebel-Leader Machar in August 2015 with the support of the Intergovernmental Authority on Development. As part of this agreement, Machar returned to his old position in April of 2016. However, the deal quickly unraveled with both sides violating the agreement causing Machar to flee once again, plunging the country back into war.

With the ongoing conflict and with tens of thousands of displaced people unable to return home, the situation in South Sudan has become increasingly bleak. As of April, the South Sudanese refugee camp in Uganda, Bidi Bidi, has eclipsed Kenya’s Dadaab camp as the world’s largest, with over 270,000 South Sudanese living there. Moreover, the mass exodus shows no signs of ending soon. In other war-torn areas such as Syria, outward migration has effectively slowed, but in South Sudan, the number has gone up dramatically. South Sudan’s refugee crisis is currently the fastest growing one in the world, although it is not the largest in terms of total numbers.

This refugee flow is only likely to continue with yet another outbreak of violence between the government and the main insurgent force flaring up in mid-April. This comes in the wake of more aid workers being displaced and unable to offer desperately needed assistance to the local population.

South Sudan had to overcome approximately a half-century of conflict just to become a nation. In the process, more than a million people have died and millions more were displaced. Upon its independence, the future looked bright for the new nation. It was home to a large supply of oil and it appeared to have finally put its destructive conflicts behind it.

However, appearances were not what they seemed. Conflicts erupted externally in the form of border disputes with Sudan and internally among the nation’s many ethnic groups. The country’s two largest ethnic groups took opposing sides in a political dispute between the president and vice president that once more plunged the nation into a civil war. The consequences of this conflict have been devastating, with any hope of economic success dashed and even the provision of the most basic means of survival thrown into doubt.

Despite being the youngest nation on earth, South Sudan already finds itself at a critical crossroads. Its government is locked in an internal struggle, thousands of U.N. troops are already on the ground, and millions of its citizens sit in refugee camps ringing its borders. To be successful, the country’s path seems clear: reconcile the various ethnic groups, make lasting peace with Sudan, and let people get back to their lives. Finding a way to make these things happen, however, will be a much more difficult process.

Michael Sliwinski
Michael Sliwinski (@MoneyMike4289) is a 2011 graduate of Ohio University in Athens with a Bachelor’s in History, as well as a 2014 graduate of the University of Georgia with a Master’s in International Policy. In his free time he enjoys writing, reading, and outdoor activites, particularly basketball. Contact Michael at staff@LawStreetMedia.com.
Share:
Related ItemsAfricaCivil WarFamineSouth SudanSudanUnited Nations