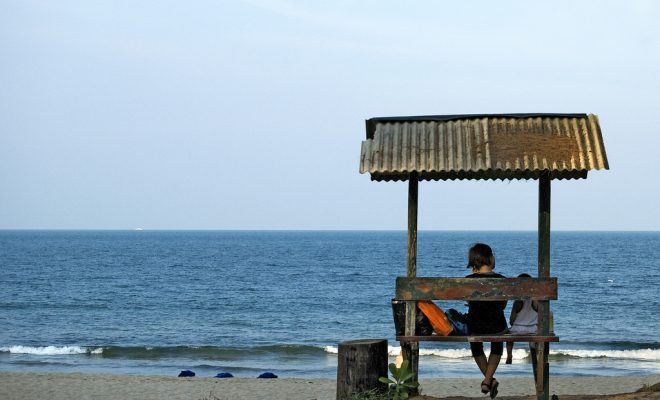 The South and East China Seas conflicts are suddenly dominating the news. Multiple countries are claiming ownership over a number of islands in the South and East China Seas–and the debate has gone international, even involving the U.S. But why does the United States even care who owns these islands? Read on to learn about why these islands and territories are so important, and why we should all be paying attention to this conflict.

A History of Conflict

What is under dispute?

China’s claims in the South China Sea base from ancient times. China documents territorial rights from the Xia and Han dynasties. China uses a map with a nine-dash line to chart its territories that include 291 islands and reefs in the area. The nine-dash line was formulated in China by the nationalist Kuomintang party in 1947 and is still used in China’s maps today.

But other countries don’t agree. Vietnam, Taiwan and the Philippines all have a military presence on at least some of the islands in the region as well. But it is really in the last eighteen months that China’s massive construction has started to spark tensions higher than ever.

The beginning of the East China Sea Conflict can be dated back to the end of the first Sino-Japanese War in the 1890s, fought between China and Japan over Korea. In defeat, China ceded a number of territories to Japan in the Treaty of Shimonoseki. China claims the Diaoyu/Senkaku Islands were a part of this cession, although there is no mention of the islands specifically in the treaty. Japan claims to have had them all along, since it discovered and annexed the lands in 1895. In 1937, Japan invaded China and fortified its military strength. This time period really honed the bad blood between Japan and China, as the Chinese people suffered gravely. After WWII, China demanded the islands back, even though China never actually controlled the islands and they were now under U.S. control. When the United States finally left the islands in 1972, post WWII, the Japanese government resumed control. Whether the Diaoyu/Senkaku Islands were ceded to Taiwan or considered part of Okinawa (remaining with Japan) remains a heated point of debate today.

What’s so special about these islands?

When it comes to the South China Sea, it all boils down to economics. The area is home to an abundance of natural resources, fertile fishing grounds, and “the world’s most dynamic economies.” The South China Sea holds vital global trade routes, especially for oil. The dominant country in the region, China, could control trade shipments from all over East and Southeast Asia and control foreign military access. The South China Sea conducts $5.3 trillion in total trade each year. There are 11 billion barrels of oil and 190 trillion cubic of feet of natural gas in the South China Sea. If that isn’t enough, 90 percent of Middle Eastern fossil fuel exports are expected to pass through Asia by 2035.

The conflict over the Diaoyu/Senkaku Islands is a little more complicated. Presumed oil and gas reserves are important factors. But the conflict is also a bit more symbolic–China is now the big man on campus, and wants to show its strength. Nationalism and honor play big parts on this side of the maritime conflicts. Old wounds are not forgotten. “Maritime disputes suggest that China’s rise is not going to be without its frictions,” says Council on Foreign Relations Director for Asia Studies Elizabeth Economy, “That is many instances China feels that its economic throw weight really does give it a greater stance and a greater ability to assert its interests, in some cases to reform norms, and in some cases to upend them.”

In recent news, the conflicts are heating up due to China’s major building. In the last eighteen months, China has created more “new island surface” than all the other countries involved combined, amassing to about 2,000 acres. Although China already started land reclamation in controversial areas close to the Spratly Islands last year, this recent action is on a whole other scale. China has placed military equipment such as military airfields and motorized artillery pieces on the man-made islands and plans to continue that action in the future.

China isn’t the only one building however. Similar actions have been taken by Taiwan, Vietnam, the Philippines, and Malaysia on much smaller scales. For example, in 2008, Taiwan completed a 3,900 foot land strip on the Itu Aba, part of the Spratley Islands, fit for search and rescue missions and military aircrafts. In a more recent example, Malaysian Defense Minister Hishamuddin Hussein announced a plan in 2013 to place a marine corps on a yet to be created naval base on Bintulu in Sarawak.

The major concern for Americans is a conflict between the U.S. and China. Conflict amongst the Asia-Pacific countries can easily bring in the U.S. We have a stake in the trade markets and no interest in allowing China to control the region and our allies like Japan.

This month Secretary of State John Kerry met with China’s foreign minister, Wang Yi, in Malaysia. Kerry pressed for China to immediately halt “problematic actions” and expressed concern for the “militarization of features there.” After the meeting, Kerry was optimistic to other diplomats and called the conversation a “good meeting.” Kerry stated, “We want to ensure the security of critical sea lanes and fishing grounds, and we want to see that disputes in the area are managed peacefully and on the basis of international law.” Still points of contention remained. Although Wang promised to stop land reclamation, he did not promise China would vacate current projects .

This previous May, a U.S. surveillance plane flew over some of the contested waters. The flight was conducted in order to apparently “make clear the U.S. does not recognize China’s territorial claims.” The Chinese sent eight warning against the aircraft from an island over 600 miles away from the Chinese coast. The warning made clear that China considers the area its jurisdiction.

Kerry and Wang were in Malaysia for a meeting held by ASEAN, a 10-member Association of Southeast Asian Nations. China and ASEAN previously agreed to negotiate a “code of conduct” regarding the disputed regions. But ASEAN secretary general, Le Luong Minh, is not happy with the progress. ASEAN calls for an earlier resolve of the “code of conduct” and for China to stop all building.

We haven’t seen the last of the arguments over the islands in the East and South China Seas. While the conflict may have served as a show of strength between the United States and China, it also involved many other nations that continue to have influence in the region. Moreover, given other extenuating factors like the Trans-Pacific Partnership debacle, the Chinese-American relationship may definitely be heading toward icy waters. Whether or not that will affect the disputes in the East and South China Sea will have to be seen.

The Economist: Who really owns the Senkaku islands?

Reuters: Everything you need to know about the South China Sea conflict

The Washington Post: China is not the only country reclaiming land in South China Sea

Jessica McLaughlin
Jessica McLaughlin is a graduate of the University of Maryland with a degree in English Literature and Spanish. She works in the publishing industry and recently moved back to the DC area after living in NYC. Contact Jessica at staff@LawStreetMedia.com.
Share:
Related ItemsAsiaChinaEast Asia SeaJapanPhilippinesSouth China SeaTaiwanUnited States