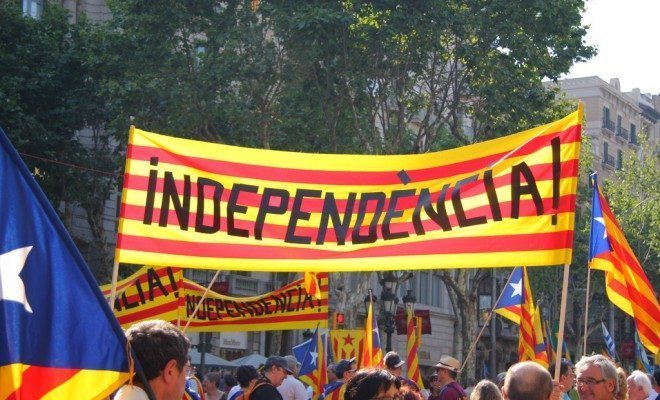 Secession in Spain: The Fight for an Independent Catalonia

At the end of September, the autonomous community of Catalonia, Spain held local elections for the regional legislature. The election was called for in January by Regional President Artur Mas to serve as a public referendum for Catalan independence. If pro-independence candidates received enough support, that would constitute a mandate to pursue formal independence from Spain–and they did. The two parties supporting independence received a majority of seats in the local election, validating Catalan voters’ desire for independence. But that election was municipal, and it remains unlikely that parties supporting independence will get a majority when the national elections come in November. Also, any attempt to make Catalonia an independent state is still prohibited under the Spanish Constitution. So, what does the recent vote mean for the potential for an independent Catalonia and why do they want to break away in the first place? Read on to learn about the background behind the movement and its prospects in the future.

On September 11, 1714, the Catalan capital of Barcelona fell to King Philip V of Spain. In the aftermath, Spain imposed its own laws on the conquered territory, replacing the historical laws and government of Catalonia. Many believe this was an early attempt to replace the Catalan language with Spanish. Future Spanish governments would eventually ban the use of Catalan in schools, newspapers, film, and eventually (under Franco) everywhere. People caught speaking Catalan faced stiff penalties including imprisonment, fines, and beating. In the 1960s, a policy of encouraged migration from the rest of Spain was enacted by the Franco regime.

Reading books in Catalan and speaking the language in public eventually became a form of civil disobedience. September 11 became a day on which Catalans gathered to recognize their own historical heritage and further their desire for autonomy. With their own language, a history dating back over 1,000 years, and more than 7.5 million residents current residents, Catalan have a legitimate claim to independence.

The Rise of Separatist Rhetoric in Catalonia

In 1978, three years after the death of Francisco Franco–the country’s dictator from 1939 to 1975–Spain adopted a new constitution that granted some autonomy to various communities across the country, including Catalonia. However, the constitution also solidified the indivisibility of Spain, making any attempt at breaking away from the Spanish nation illegal. In fact, the constitution explicitly entrusts the military with the responsibility to keep the country whole. The post-Franco period was characterized by a swift and seamless transition to democracy, as well as Spain’s quick entry into NATO and the European Union. The transition also led to the devolution of power, giving more power to individual regions within Spain, yet Catalans remained dissatisfied with their lack of formal control.

The Spanish constitution divided the nation into 17 autonomous communities, several of which had historical and cultural legitimacy–like Basque Country and Catalonia–while others were artificially created, like Madrid. These communities form a somewhat loose confederation centered around Madrid. The Catalan people have a longstanding dissatisfaction with the current autonomous community model largely based upon the financial and historical realities of the Catalonia region.

Separatist parties in Catalonia have won a lot of support in local elections, culminating thus far in the September 2015 election, which witnessed major gains by the Junts pel Si (Together for Yes) coalition. At present, groups in favor of secession from Spain have an outright majority in the Catalan Regional Assembly. Catalan President Artur Mas has spent the last several years organizing town-by-town, non-binding referendums on Catalonia’s independence. On September 29, Mas was summoned by the Catalan high court regarding a 2014 referendum, accusing him of abuse of power, embezzlement, and disobedience. The Catalan regional government denounced the charges, claiming that they are politically motivated.

Although the 2014 referendum was non-binding, officials reported that 80 percent of voters were in favor of Catalan independence from Spain. However, the turnout for the referendum was only about 40 percent, and the  Spanish government considered the vote illegal according to the constitution.

Catalonia’s apparent desire for independence encapsulates much more than a cultural and linguistic heritage. Historically, Catalonia has been a prosperous region for Spain, launching its own industrial revolution in the 19th century while the rest of Spain attempted to maintain an agrarian economy based off of large landholders. Catalonia demanded public money for infrastructure that would allow for its modern, industrial economy. In response, the Spanish landholding elite viewed the Catalans as leeches on their economy. Today, the consequences of social and economic disagreement have led to many anti-Catalan stereotypes. Many conservative Spaniards still view Catalonia as a region that receives and demands too much public money.

Statistically speaking, Catalonia contributes approximately 20 percent of Spain’s GDP, making it the most productive region in Spain. Catalans argue that the Spanish government takes more in taxes than it gives back in public funds. This sentiment is generally pretty inaccurate. When compared to other prosperous regions across Europe (such as Bavaria, Germany and Paris, France), Catalonia’s fiscal deficit is significantly higher than those similar regions. Catalonia remains one of the highest taxed regions in all of Europe.

When the global recession hit in 2008, these financial deficits were brought into the forum of public discourse, with Catalans believing they were paying too much to cover the rest of Spain. While the regional budget in Catalonia is €22.5 billion for 2015, a Reuters article from 2012 found that Catalonia contributed at least €12 billion to the rest of Spain in taxes. Over the last 12 years, Catalonia’s share of the national budget has fallen from 16 percent in 2003 to 9.5 in 2015. Building on an existing desire for political and cultural autonomy, recent economic trends have bolstered the movement for independence.

The Political Climate in Spain

Catalan independence is a particularly controversial subject among Spaniards. Soccer matches between FC Barcelona and Real Madrid have become open forums for either anti-Spain or anti-Catalonia sentiment, depending on who’s hosting.

Historically, two major parties have controlled the political sphere in Spain. The Socialist party and Popular Party (PP) have traditionally traded control of the government back and forth since 1978. Spain has had very little experience with compromise, as Franco maintained unilateral control before his death. Coalitions are rarely formed and winning parties often feel a mandate to govern–even without an absolute majority. Given the May 2015 elections, which led to the rise of the Podemos and Ciudadanos parties at the local level, many Spaniards believe a new era of compromise politics is coming. However, that remains to be seen as national elections won’t be held until November.

In the meantime, the inflammatory rhetoric of Spain’s historically diametric political system will continue to put a strain on both Madrid and Catalonia as tension over independence mounts.

Influences of the 2014 Scotland Referendum

The referendum for Scottish independence, which was held at the end of 2014, did not go unnoticed in Catalonia. While 55 percent of Scots rejected independence from Great Britain, Catalans came away inspired. Many people in Catalonia want Spain to offer them the option to vote, as the UK did for Scotland. The Catalans say they simply want the right to the same self-determination that the Scots received.

Leading up to the 2014 referendum, there was a growing percentage of Scots in favor of secession. However, in polls conducted shortly before the election that number was only around 40 percent. In Catalonia, recent polls suggest that an estimated 60 percent would vote in favor of secession.

The Scottish campaign was never as strong as the Catalan campaign is now. Leading up to the referendum, most Scots were divided over whether separation from the UK would be beneficial or harmful. Additionally despite a strong sense of national identity in Scotland, even the population that defined itself as purely Scottish was not overwhelmingly in its support of independence.

Most Catalans believe their state would be better off as an independent nation than it currently is. Those who identify as purely Catalan are overwhelmingly in favor of secession.

Although national elections are slated for November, it remains to be seen whether the new parties will able to experience success on a national level. However, it seems unlikely that any third-party group will be able to win an outright majority. Spain appears headed for its first confrontation that requires meaningful compromise in domestic politics. In the meantime, independence advocates in Catalonia will likely continue pushing for independence and changes to the Spanish constitution in order to allow for legal referendums.

It’s unclear what an independent Catalonia would do for Spain or the European Union financially. What does seem clear is that if Catalonia achieves independence, it could lead to similar movements in other regions of Spain such as Galicia and Basque, and possibly the dissolution of Spain as we know it.

Catalan separatists have scored a major victory by winning an outright majority in their regional assembly. Non-binding referendums have been held and there appears to be a significant interest in the Catalan people to form their own country within the EU. However, the separatist movements face staunch resistance from the rest of Spain and the Spanish Constitution. The inflammatory nature of rhetoric on both sides and Spain’s own lack of experience with internal compromise will likely pose a problem for the country. Spain will face mounting tensions up until the national elections in November. The results of those elections could determine not only the fate of Spain in the coming years but also the very union upon which the nation is built.

The Guardian: Scotland Independence Referendum: The View from Catalonia

Angela K. Bourne: Europeanization and Secession: The Cases of Catalonia and Scotland

Seth Jolly: Voting for Nation or State: Determinants of Independence Support in Scotland and Catalonia

Samuel Whitesell
Samuel Whitesell is a graduate of the University of North Carolina at Chapel Hill having studied History and Peace, War, and Defense. His interests cover international policy, diplomacy, and politics, along with some entertainment/sports. He also writes fiction on the side. Contact Samuel at Staff@LawStreetMedia.com.
Share:
Related ItemsCatalan IndependenceCataloniaDevolutionReferendumScotlandSpainSpanish Constitution