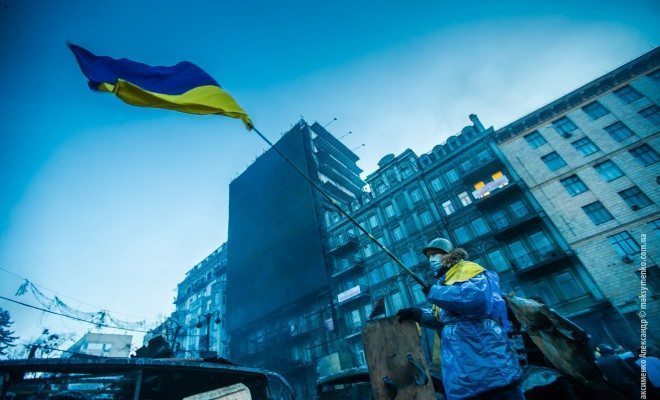 Russia-Ukraine Crisis: Are Sanctions the Answer?

Western countries agree that they do not condone the aggressive actions taken by Russia in Ukraine. Their response? Sanction Russia. Rather than resort to military action, countries now use sanctions as the foreign policy tool of choice. The United States and European Union are united in the belief that the best way to encourage Russia to behave in the international arena is to increase pressure on the country by way of this penalty. So what exactly are sanctions, how do they work, and will they be effective in the case of Russia?

What has been happening in Ukraine?

The conflict began at the end of 2013 when former Ukrainian president Viktor Yanukovych rejected an association agreement with the European Union (EU) and instead accepted a deal with Russia. Thousands of protesters took to the streets to voice their disapproval of the deal and perceived government corruption. In response to the protests, Ukrainian forces took aggressive action. Tensions escalated and eventually in February 2014, protesters overtook the capital and sent the president scrambling for Russian protection. Russia quickly moved to secure its interests by invading and annexing the Ukrainian province of Crimea. Russia still has troops stationed along the border in Eastern Ukraine and is accused of sending weapons to aid pro-Russian forces. The issue is complicated by the fact that many people in Ukraine, especially in Crimea, are ethnically Russian and would like to become a part of that country. Watch the video below for further explanation of the conflict:

Western countries declared Russia’s actions to be a clear violation of Ukrainian sovereignty and territorial integrity, which is a breach of international law. The White House called Russian intervention in Ukraine “illegal and illegitimate.” The United States sees the actions as a violation of the United Nations Charter regarding the prohibition of force and of Russia’s 1997 military basing agreement with Ukraine. Russian leader Vladimir Putin, however, continues to disregard the demands of the United States and European Union. With the collapse of a recent ceasefire, the future of the conflict remains unclear.

Western countries hope sanctions will deter Russia from future aggression in Eastern Ukraine and force the country to abide by its international obligations.

Sanctions are a foreign policy instrument applied to a country to pressure it into changing its actions. Sanctions institute deliberate government withdrawal or threat of withdrawal from trade or financial relations. Typically sanctions are used to force a country to cooperate with international law, or to contain a threat to the peace of other countries. Ideally sanctions send a strong message of condemnation and entice countries to comply with international rules in order to avoid further harm. Sanctions can be issued by individual countries or by an entire group, such as the European Union, United Nations, or the North Atlantic Treaty Organization. There are several different types of sanctions:

A long-term study by the Peterson Institute found that economic sanctions are partially successful only one-third of the time. The study showed sanctions are most successful when they are used to reach a limited, modest goal. Using sanctions to influence a more ambitious policy change drops the rate of success to just 30 percent. For example, the Cuban embargo, in place since the 1960s, is largely seen as a failure; however, the more recent blockades and financial sanctions in Iran were extremely successful in forcing the Iranians to negotiate with the United States. The success in Iran may have emboldened the United States to now apply economic sanctions to Russia for its role in the Ukraine conflict.

What kind of sanctions have been used?

So far, sanctions have been limited to specific targets to impose a cost aimed at those responsible for the situation in Ukraine and Crimea. The economic sanctions have been described by Forbes as a “new breed of financial warfare,” which the treasury has been honing as a way to lock terrorists out of the global financial system.

On March 6, 2014, President Obama signed Executive Order 13660 to authorize sanctions on individuals and entities responsible for violating the sovereignty and territorial integrity of Ukraine. More sanctions followed. Currently the list of those sanctioned by the U.S. government includes 23 government officials and 18 companies. The individuals are members of the Russian elite and have significant control over the Russian economy, including its banks, railroads, and media. The E.U. and other European countries also released lists of those sanctioned, which includes many of those targeted by the United States. Watch President Obama’s declaration of sanctions below:

One of the problems with sanctions is that many feel they unfairly harm a country’s innocent civilians for a government’s actions. The idea is that sanctions may harm the people, but these people will then pressure their government to change its actions. In the meantime, the effects are felt most by ordinary citizens rather than the intended government officials. The current targeted sanctions , however, were enacted to apply pressure only on the elite rather than on the entire economy. Until more major banks are targeted, ordinary citizens may not feel the impact.

Have they had the intended effect in Russia?

It is difficult to judge the exact impact that the limited sanctions have had. Outwardly Putin still seems unfazed, yet in recent weeks he has tempered Russian aggression. The Russian economy was struggling before the sanctions, so these penalties have only furthered the decline. The Russian central bank predicts growth will slow to just 0.4 percent this year. A report by the International Monetary Fund (IMF) says that Western sanctions have had a “chilling effect” on investment. The IMF claims that the future strength of the Russian economy lies in greater global integration, which is currently hindered by the sanctions.

Effect on the Elite

Vladimir Yakunin, Putin’s close friend and head of Russian Railways who is on the saction list told the Financial Times, “I did not intend to travel to the U.S.  I have no assets.  So it does not bother me at all.”

These sanctions have much broader implications, however, even if they do not directly affect Yakunin. All financial institutions are discouraged from interacting with him in any way. The U.S. financial system is extremely pervasive, and the U.S. dollar is the world’s numéraire. Every financial institution needs a relationship with a U.S. bank to do business. Since Bank Rossiya appeared on the U.S. sanction list, it can no longer do business with any bank that deals in dollars either. Major credit card companies Visa and Mastercard even severed their business with the bank.

Thus far the major impact of the sanctions has been psychological, impacting consumer and business confidence. No one knows who will show up on the sanction list next, so others are hesitant to do business. The entire Russian economy is effectively isolated. The sanctions lead to capital flight, inflation, and limit future investment in the country. Goldman Sachs reports that $45 to $50 billion was taken out of Russia in the first three months of 2014 as compared with only $63 billion in all of 2013.

Effect on the Future

Experts say the sanctions are likely to push Russia toward increased self-reliance. The economy ministry is already pushing to use state funds to aid lagging economic growth. Major effects of the sanctions have already been seen through cancelled IPOs and two cancelled government bond auctions. Standard & Poor’s recently downgraded Russia’s credit to one level above junk status.

I guess this means my spring break in Siberia is off, Gazprom stock is lost & secret bank account in Moscow is frozen http://t.co/TgwZneD4HY

Do sanctions hurt the U.S. economy?

The typical argument against economic sanctions is that they can harm the U.S. economy, especially for the companies that do business with the targeted country. The U.S. economy will not be significantly affected simply due to the fact that the United States and Russia do not do much business with one another. Trade between the United States and Russia amounted to $40 billion last year — only one percent of total U.S. trade. By comparison, EU trade with Russia is 11 times that of the United States. Even tougher sanctions, like those applied to Iran, would only have a limited effect on the American economy due to limited ties between the nations. Watch the video below for the debate over who will be harmed by the sanctions:

Concerns are growing, however, that Western jobs are at risk if sanctions increase. For example, Boeing uses Russian titanium, General Electric leases aircraft to Russian airlines, and Exxon, Coke, and Pepsi all do significant business in Russia. If Russia sanctions in return, these companies could see a loss in profits. The U.S. Chamber of Commerce and National Association of Manufacturers are preparing an ad regarding the harmful potential impacts of the sanctions. The groups are particularly concerned if the United States were to impose unilateral sanctions that would single-out American business and put them at a disadvantage. However, recent data shows that the United States exported more goods and services to Russia in May, after the sanctions, than for any other month in 2014 so far.

The idea is to gradually increase the pressure on Russia through sanctions. Many expect more sweeping measures to come in the near future, as both the United States and European Union indicated a stronger response will come soon. President Obama recently agreed on a phone call with British Prime Minister David Cameron that if Russia does not take steps to de-escalate the situation in Ukraine, the United States and European Union would roll out further sanctions. It is likely that targeted bans on key sectors of the Russian economy, such as gas and banking, are next. The options are nearly limitless. The United States could revoke Russia’s favorable tariff rates, which would increase taxes Russian firms have to pay to sell goods in the United States. Other alternatives include quotas, a trade embargo on certain goods, or further limiting Russian access to U.S. financial markets. Secretary of State John Kerry discusses what could be next below:

Unilateral sanctions are rarely effective, and the limited business ties between the United States and Russia means the European Union and United States must impose coordinated sanctions; however, Russia is the largest energy supplier in Europe and among the top three oil-producing countries in the world. Russia supplies roughly one third of the oil and gas in the European Union. This dependency complicates sanction efforts. Europe is hesitant to sanction because it could prohibit E.U countries from purchasing Russian oil, which would then lead to higher prices and potential shortages. Experts agree that ultimately any effective sanctions on Russia in the future must be coordinated and far-reaching.

BBC: The Impact of Economic Sanctions on Russia

New Republic: These Sanctions Against Russia Will Hurt