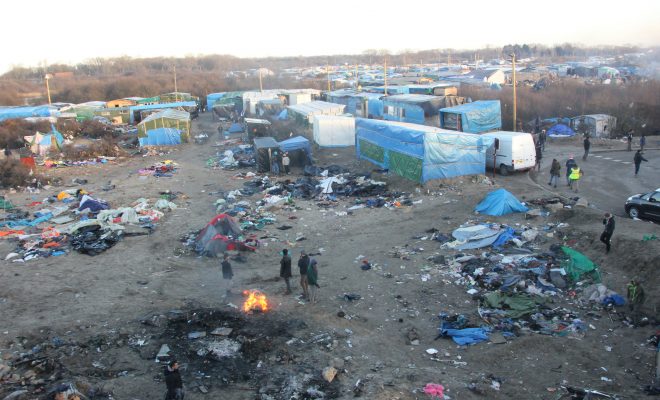 After Calais, Europe is Still Struggling to Deal with Refugees

On October 25, France began dismantling the infamous migrant camp in the city of Calais nicknamed “the Jungle.” The camp was home to thousands of migrants and refugees and has been a source of division and animosity for the surrounding area. However, it is not just Calais that will be affected. In fact, the decision to shut down the camp actually speaks to larger trends both in France and in Europe at large. As the migrant crisis continues, many countries in Europe have had a hard time accommodating the influx of people.

Read on to find out more about what exactly is happening in Calais, where the refugees living there are headed next and how this all fits into the larger backdrop of national and continental politics.

Migrants began settling in Calais, France way back in 1999. The camp survived several closure attempts, including one earlier this year. All the while the population grew, totaling more than 9,000 people, according to recent reports. Many people settled there on their way to the UK, as the camp is located near a tunnel between the two countries.

When authorities decided to tear down the camp, the next question was what exactly that meant for its inhabitants. Before the camp was cleared, there were thousands of people living there and at least 70 operating businesses. The plan is to move all these people and whatever they can carry with them to several sites across France. To expedite this process, the camp’s inhabitants were broken up into four groups: adult men, families, minors, and other vulnerable groups. During the removal process, conflicts and fires broke out as some were reluctant to uproot.

The video below depicts the deconstruction of the jungle:

Where are the Refugees Going?

Those leaving the camp were transported by bus to more than 450 individual reception centers across the country. These centers are generally abandoned hospitals, hotels, and army barracks located in many small towns. Once there, refugees are able to apply for asylum, but if their requests are denied they will face deportation. Not everyone is being forced out, unaccompanied children were allowed to stay in converted shipping containers as the rest of the camp was taken down. Days later, the remaining children were moved to various reception centers throughout the country. But NGOs have warned that since being resettled, many children are living in unsuitable conditions and are being forced to work.

Refugees there have already demonstrated a clear persistence to stay put if possible, with the goal to ultimately make it to England. England is currently set to accept some 200 children from the camp who have proven relatives in the UK, although it has promised not to accept any more.

Breaking down the Calais camp has also reignited the debate over immigration and refugee settlement. In England, politicians have been resistant to accept more refugees even as French President Hollande asks them to take on a greater share. British politicians, however, have been steadfast in their refusal, some have even been calling for dental exams to prove that children claiming refugee status are indeed children and not adults. And many small town residents in France have taken to the streets to protest the settlement of refugees in their communities.

At the forefront of the protests in France is the Front National, a nationalist political party led by Marine Le Pen. Le Pen’s party has spearheaded efforts to protest the settlement of immigrants in small towns. However, Le Pen’s party is certainly not alone. This development is emblematic of a trend across Europe where far-right parties, who oppose immigration as one of their central tenets, are on the rise.

This includes countries like Greece, Hungary, and Poland where dissatisfaction with the EU and the rising number of migrants has led to far-right parties securing large portions of parliament and in some cases the governing coalition. Some of these groups, such as the FIDESZ-KDNP in Hungary, have gone even further, espousing anti-Semitic views and seeking to criminalize homosexuality.

This rise is not solely confined to the poorer eastern portions of Europe, several nations, including France, have seen a growing backlash against immigration and immigrants. For example in Sweden, often held up as a golden standard of liberalism, the rise of the far-right Swedish Democrats, a party that strongly opposes immigration, led to the formation of a tenuous coalition government between the Social Democrats and the far-left Green Party.

In the upcoming elections in Germany, a far-right party may gain seats in parliament for the first time since World War II. Following mass reports of sexual assault last New Year’s Eve in Cologne, the Alternative for Germany Party, which has hard-line positions on immigration and strongly opposes Islam, grew in popularity. Perhaps the most significant example is in Austria, where the leader of a nationalist party has a very realistic chance of winning the presidency in the December runoff election. If successful, he would be the first far-right head of state elected in Europe since World War II. Migration also played a prominent role in the UK’s decision to leave the European Union earlier this year.

Much of this reaction to the refugees in Calais is actually part of the larger reaction to a wave of immigrants flooding Europe in general. Europe has several demographic factors that make it an ideal place for immigrants, namely a shrinking native population and an increasing need for caretakers as its population ages. In addition, in terms of personal safety and economic prospects, many migrants see Europe as a significant improvement relative to their home countries.

In 2015, more than a million people arrived in Europe seeking asylum. Of those, about 476,000 have applied for asylum in Germany. While Germany received the most in total, on a per capita basis, Hungary, Sweden, and Austria have received more. Not coincidently, those three have seen a notable rise in far-right parties, all with platforms seeking to dramatically curtail immigration.

In Slovakia, Macedonia, and Hungary border walls have been erected to prevent migrants from getting through. France, Germany, Austria and Sweden, several of the most popular destinations, have instituted border checks. Norway has gone perhaps the furthest, though, by actually confiscating migrants’ valuables to pay for their care. Aside from these individual efforts, the EU as a whole has also worked on a deal with Turkey where, in exchange for billions in aid and reconsidering that country’s EU application, Turkey will prevent more migrants from entering Europe. The following video looks at the migration crisis in Europe:

What tearing down the Jungle actually means is unclear at this point. Particularly because it has been tried before, yet the camp has remained in place for almost 20 years under a range of politicians. What is more telling is the spirit behind the most recent decision to tear down the camp. While refugees are being offered the opportunity to be resettled, many migrants may not be granted asylum and will likely face deportation. Moreover, the situation in Europe has dramatically changed as far-right political parties are seeing their influence and popularity surge.

The refugee crisis has engulfed the continent. While many were first met with open arms, the mood has shifted and now many places are erecting barriers and denying entrance. This has coincided with a rise of far-right parties across the continent (as well as anti-immigrant and anti-refugee sentiment in the United States). Tearing down the Jungle, if it lasts this time, is symbolic as much as anything. However, the exact message being sent, whether hostile or not, remains unclear. The important thing to watch now is how those living the camp are resettled and how residents react to an influx of refugees.

Vox: France’s ‘Jungle’ Refugee Camp is Being Dismantled and Residents may have Nowhere to go

Reuters: ‘A Lot of Controversy’ Around Resettling Calais ‘Jungle’ Refugees

The New York Times: How Far Is Europe Swinging to the Right?

BBC News: How is the Migrant Crisis Dividing EU Countries

Michael Sliwinski
Michael Sliwinski (@MoneyMike4289) is a 2011 graduate of Ohio University in Athens with a Bachelor’s in History, as well as a 2014 graduate of the University of Georgia with a Master’s in International Policy. In his free time he enjoys writing, reading, and outdoor activites, particularly basketball. Contact Michael at staff@LawStreetMedia.com.
Share:
Related ItemsCalais CampEuropeFar-Right PartiesFranceMigrant CrisisPopulismRefugee Crisis