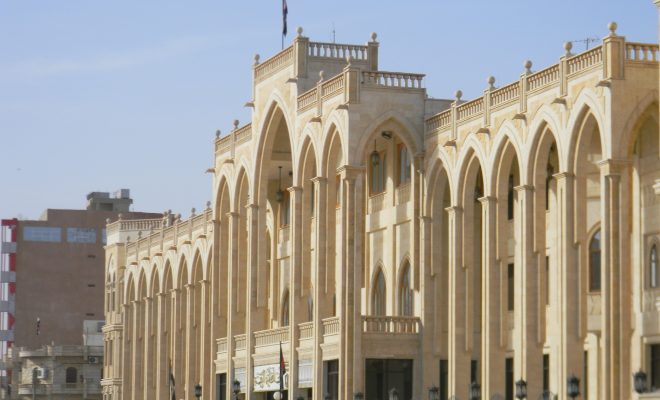 Raqqa: Behind the Effort to Retake ISIS’s Capital

As Iraqi Security Forces, with the help of U.S. air support and the Kurdish Peshmerga, continue the effort to retake Mosul, a major city in Northern Iraq, a new push is underway in Syria. This push is led by the American-backed Syrian Democratic Force (SDF) and is targeting the ISIS capital of Raqqa in Northern Syria. In addition, the United States and Turkey agreed to help develop the plan to take and then hold the city once ISIS has been defeated. Read on to find out more about the importance of Raqqa to ISIS, the SDF, the role of the United States and Turkey, and the consequences that taking back the city could have.

Raqqa was actually the first major city in Syria to be freed from regime control during the Syrian civil war. However, like many of the violent conflicts that emerged in the wake of the Arab Spring, gains in Syria were quickly co-opted by extremists. Initially, the struggle was between local activists and the Al-Nusra front, both of which were attempting to fill the void left by regime forces. After the city was taken from the Assad regime, the Free Syrian Army rebels and the extremist groups competed for political control.

While these two groups were bickering, ISIS moved in and swiftly forced out the Al-Nusra front, setting the stage for its own showdown with the rebels. The Free Syrian Army, which was actively fighting the Assad government, did little to confront ISIS as it took control of the city and began a brutal crackdown on the residents there.

As in other places under ISIS control, life in Raqqa has been extremely harsh. It started with violent executions and crucifixions in public spaces. Next, schools were closed, drinking and smoking were forbidden, and women were forced to adhere to strict dress codes or face violence. Children were also abducted and forced into ISIS’s ranks. ISIS fighters, on the other hand, particularly those from western nations, have had access to luxury goods. The accompanying video looks at life under ISIS in Syria:

Along with Mosul, Raqqa is one of just a few major cities that remains under ISIS control. Raqqa also operates as the group’s capital, making it a particularly important target for decreasing the group’s ability to carry out attacks outside of the shrinking area that it controls. While Raqqa and Mosul are both very important to the group, Canadian Brigadier General David Anderson recently said, “I think that probably Raqqa matters more.”

The group leading the assault into Raqqa will be the Syrian Democratic Force or SDF, in an operation dubbed “Euphrates Rage.” The SDF is a coalition of militias made up primarily of Kurds, Sunni Arabs, and Syriac Christian fighters. While the group is a hodge-podge it is dominated by the Kurdish army in Syria (the YPG) and its all-female units (the YPJ). The coalition is also supported by American airpower, as it was in the Battle of Kobane where ISIS was handed its first defeat on the battlefield.

While the Kurds are the main actors in this group, the United States also has hope that Sunni Arab militias will be able to play an important role in efforts to take ground from ISIS. The United States has selected a few of the militias to support its efforts, dubbed the Syrian Arab Coalition. The hope is that these groups can continue the fight against ISIS when the Kurds are no longer willing or when they enter territory where their presence creates political complications.

The SDF has also set up its own political party, the Democratic Syrian Assembly or DSA, which incorporates both Kurdish and Sunni Arab elements. The assembly also allows the United States to interact with the Kurds while providing a buffer between the U.S. and PKK, the Kurdish Workers’ Party in Turkey, that is designated as a terrorist group by the United States. The video below looks at the SDF and the gains they have made:

The United States and Turkey

Speaking of Turkey and the United States, balancing the relationship between the NATO allies and the SDF fighting on the ground has been difficult. Currently, the SDF is the only legitimate force on the ground with any hope of pushing ISIS out of Raqqa. Unfortunately, the group is also closely linked with the YPG, which Turkey also considers a terrorist organization.

Unsurprisingly, following on the heels of the SDF’s announcement, the Department of Defense announced an effort to forge a long-term plan that incorporates Turkey into any attempt to retake the city. The plan will not only cover the retaking of Raqqa but also holding it and subsequently governing the city after as well. The main discussion currently is over the makeup of the forces involved in the attack. The U.S. and Turkey are both pushing for more local fighters, which they hope will make for a more stable government when the city does ultimately fall. While the parties involved are working on some sort of post-ISIS solution, it is important to understand how difficult politically and militarily it will be to take and govern the city.

The following video looks at the difficult relationship between the SDF, Turkey, and the United States:

While Turkey may be the greatest concern, it is certainly not the only concern when considering Raqqa after ISIS. As is the case in Mosul, the impact of ISIS losing a major city will reverberate beyond the city itself. This will be particularly true if the group loses both cities, as it will no longer hold a substantial population center. What will be their next move be when they have no city-sized safe-haven to launch attacks from?

Read More: The Battle for Mosul: The Fight for ISIS’s Stronghold in Iraq

While ISIS forces are being beaten back in Mosul they have become entrenched in smaller groups around the city, planning on surviving the offensive and continuing to fight as part of an insurgency. It is worth noting that in the fight for Mosul, ISIS has the luxury of retreating to Raqqa, but if Raqqa falls there is no such option.

In addition to ISIS itself, there are also the three principal actors in the effort: the Kurds, Turkey, and the United States. As mentioned previously, the United States has already announced a plan to include both the Turks and the Kurd-dominated SDF in taking and later governing the city. However, the details of this plan have not been revealed, which may be troubling to those familiar with secret deals concerning governing parts of the Middle East.

Additionally, the Assad regime, the Russians, and the Iranians also play an important role in the conflict. Although these groups are not involved in the planning and assault on Raqqa, so far at least, if ISIS lost the city it would change the nature of the fight in Syria. Instead of having ISIS to keep them occupied, the allied powers could then shift their focus to Assad. This could lead to any number of things, from more concerted peace talks to a full-on proxy war between the Assad regime’s supporters and the U.S. and its allies. The only certainty seems to be that if and when ISIS is pushed out of Raqqa, a power vacuum will be created and someone will have to fill it.

The SDF recently announced its intentions to take ISIS’s capital Raqqa, coinciding with the push to remove them from Mosul. However, this is much easier said than done. Not only is the geography different, the needed troops are not as readily available. In addition, the competing political concerns in Syria may be even greater than those in Iraq.

Despite these competing interests, people in ISIS-controlled areas are undoubtedly being slaughtered. Groups like Raqqa IS Being Slaughtered Silently have regularly shown extreme examples of repression under ISIS’s rule. It is because of this reality that the United States has pledged to act, however, sorting out the political challenges has slowed those efforts.

Along with appeasing the interests of its allies, the United States must also figure out the next step in its relationship with the Assad regime and its foreign backers. The taking of ISIS’s last major stronghold offers an opportunity for greater dialogue between the two sides, but also an avenue for direct conflict if peace cannot be achieved. Even if both Mosul and Raqqa are taken from ISIS, the group’s ideology is not likely to be eliminated completely. All of those involved must figure out what the future of Syria will look like before another group steps in to take up ISIS’s mantle.

Michael Sliwinski
Michael Sliwinski (@MoneyMike4289) is a 2011 graduate of Ohio University in Athens with a Bachelor’s in History, as well as a 2014 graduate of the University of Georgia with a Master’s in International Policy. In his free time he enjoys writing, reading, and outdoor activites, particularly basketball. Contact Michael at staff@LawStreetMedia.com.
Share:
Related ItemsFree Syrian ArmyISISKurdsMosulRaqqaSyriaSyrian RebelsTurkey