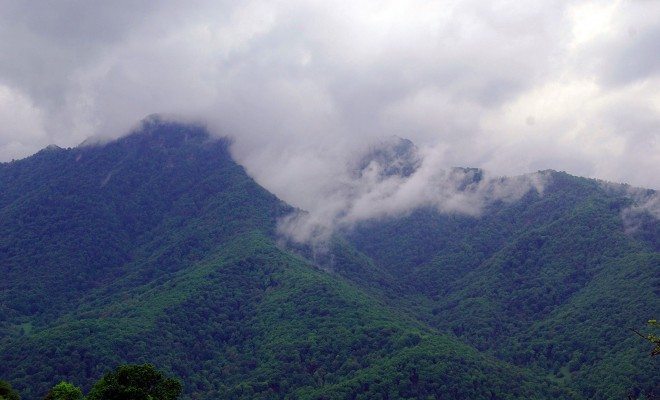 Conflict in the Caucasus Mountains: The Battle over Nagorno-Karabakh

While the world focuses on international terrorism, ISIS, and North Korea’s nuclear ambitions, another long-running conflict is winding down. In Azerbaijan, a longstanding ceasefire agreement has boiled over into violent conflict in the Nagorno-Karabakh region. Although government and separatists forces appeared to have reached a resolution, fighting quickly erupted again.

Read on to see why were these two parties fighting, what is currently happening, and what role Armenia and other outsiders played in the struggle.

For centuries, Armenians, Turkish Azeris, and Persians struggled over the territory. In Azerbaijan, the struggle is centered in an area known as Nagorno-Karabakh, featuring a familiar conflict between Christians and Muslims. In this case, the Christians are ethnic-Armenian separatists and the Muslims are Azeris native to the country. This conflict was essentially settled in the 19th century when the region was incorporated into the Russian Empire. The two groups lived side-by-side and engaged in a rivalry for territory, however, the rivalry only occasionally boiled over into violence. But after the USSR emerged, it reversed course by moving an Armenian majority into the historic Azerbaijan territory of Nagorno-Karabakh, fueling conflict between the two groups. The USSR was essentially trying to reduce opposition to its own rule by employing the concept of divide and conquer–pitting the groups against one another.

As the USSR maintained control over the region, tempers between the two sides were largely held in restraint. But the old conflict flared up as the Soviet Union started crumbling at the end of the late 1980s and early 1990s. Without the Soviet presence, there was no check on the two competing sides. This situation continued to simmer until 1988 and in 1991 Nagorno-Karabakh declared itself an independent republic, a move that even Armenia did not acknowledge. The subsequent war between Armenia and Azerbaijan lasted until 1994 leaving 30,000 people dead and another million displaced. Since the end of the first conflict, the region has effectively been independent of Azerbaijan and receives continued support from Armenia.

The video below takes a closer look at the conflict:

The original ceasefire agreement in 1994 was brokered by Russia. That settlement left an especially bad taste in the mouths of Azeris as it allowed the Armenians to remain in the territory they occupied. In some of the territories this development effectively allowed Armenia to occupy parts of Azerbaijan. However, in the case of Nagorno-Karabakh, this made some sense as 95 percent of the population is ethnically Armenian. While the 1994 ceasefire was unpopular, it held for 10 years.

Things began unraveling in 2014 when the Azeris shot down an Armenian helicopter, ratcheting up tensions once more. This was followed by a series of ceasefire violations throughout 2015, culminating with recent violence this year, which has left an estimated 60 people dead. Following the most recent spate of violence, Azerbaijan and Armenia announced a mutual agreement for another ceasefire in early April. But almost immediately after it was announced, the violence reportedly continued and both sides accused the other of violating the agreement.

The Role of Regional Powers

The conflict between Azerbaijan and Nagorno-Karabakh is really a struggle between Armenia and Azerbaijan. However, like many other conflicts–both within in the region and elsewhere in the world–outside global and regional powers play an important role. In this case, the influence comes primarily in the guise of Russian support for Armenia and Turkish support for Azerbaijan.

In light of the conflict’s resurgence, Turkey has reiterated its support for Azerbaijan. In a recent trip to the United States, Turkish ruler Recep Tayyip Erdogan pledged to support Azerbaijan to the end. Turkey has also signaled its support by closing its border with Armenia, which hurts the country economically and blocks its access to the Mediterranean Sea.

There is also history to consider. Turkey was the site of the mass killing of Armenians during WWI, for which repercussions persist. For most Turks, the topic of the genocide is a non-starter. Turkish ruler Recep Tayyip Erdogan has also actually garnered support by denying the event took place and its recognition internationally remains a contentious issue. If Turkey were to suddenly change course and admit to the atrocity, it could potentially be held liable to pay reparations.

Read More: The Armenian Genocide: A Battle For Recognition

Russia has a particularly familiar relationship with all the parties involved, which at one point were all part of the Soviet Union. Armenia and Russia enjoy a particularly close relationship, in fact, Armenia is home to one of Russia’s largest foreign army bases. Russia was also part of a triumvirate of nations involved in the Minsk Group, which was founded in 1992 with the express purpose of resolving the original Armenian-Azerbaijan conflict. Although Russia’s history with both sides is clear, its motives remain murky.

While Russia has long been a supporter of Armenia it has also served as the main source for weapons in the escalating arms race, supplying both sides. Russia’s potential duplicity extends beyond just selling weapons. While Russia currently benefits from the status quo, selling weapons to both sides, some speculate that it may be willing to send in peacekeeping forces to bolster its influence in the area. Aside from influence, Russia may also be motivated by the vast amount of oil present in Azerbaijan. So far, Russia has advocated for a peaceful settlement and theories about using the conflict as an excuse to move into Azerbaijan are speculation at this point.

Aside from Russia and Turkey, other nations may also play a role in resolving this situation, notably the United States and the European Union. Azerbaijan produces 850,000 barrels of oil a day and if the conflict does escalate to its post-Soviet levels that production may be in danger, which could impact oil prices. While this is less of a concern to the United States directly because of its domestic oil industry, Azerbaijan is an important oil exporter to Europe and Central Asia. The United States was also a member of the Minsk group along with Russia and France. Like Russia, other world powers seek a swift peace resolution.

Israel also relies on Azerbaijan as its largest oil supplier, using a pipeline that runs through Turkey. In return, Azerbaijan is one of Israel’s biggest customers for weapon sales. Azerbaijan provides Israel with an avenue to monitor Iran, as the two countries share a border. Adding to the animosity in the present situation, Israel does not recognize the Armenian Genocide. Iran and Armenia enjoy a close relationship–Iran supported the Armenians in the war with Azerbaijan back in the 1990s and it hopes to build a rail project in Armenia in the future. While these two nations’ agendas may be more political than others, they have not called for any escalation of the conflict.

Nagorno-Karabakh is another one of the flash points around the world that few people know about and even fewer understand. The region is the epicenter of a centuries-old conflict between Armenians and Azeris, complicated even further by religious undertones. It is also situated in an unstable region, the Caucasus Mountains area, with Russia to the north and the Middle East to the south.

The geographical location of Nagorno-Karabakh further complicates things, as it serves as a proxy both for Armenia and Azerbaijan as well as larger regional powers like Russia and Turkey. A war in the region could set off a larger conflict between Armenia and Azerbaijan, which in turn could increase tension between Russia and Turkey. Furthermore, if Turkey was involved, as a member of NATO, the other members of NATO would be obligated to assist it. While there is no hint of this yet, the potential for volatility remains. To make the situation even more confusing and unstable, Azerbaijan is a major oil exporter. While the conflict has the potential to exacerbate tensions within the region, so far all outside powers have advocated for peace.

Unfortunately, the original dispute in Nagorno-Karabakh was never resolved and has festered for years, becoming what is known as a frozen conflict. One reason for this is that many regional powers seem to have conflicted interests at play. After all, several countries profit from related arms deals and, so far, the coveted oil supply has not been threatened. The simmering conflict is likely to continue as it has and Russia remains poised to play the largest role in influencing it, especially as the United States focuses on fighting ISIS in Iraq and Syria. However, with all the interconnected parties at play, the conflict could have implications beyond the contested region in Azerbaijan.

U.S. News and World Report: Turkish President Recep Tayyip Erdogan has Vowed to Back Azerbaijan in the Conflict with Armenia Over the Separatist Region of Nagorno-Karabakh

Law Street Media: The Armenian Genocide: The Battle for Recognition

Voice of America: What’s Hiding Behind Russia’s Calls for Peace in Nagorno-Karabakh

Harretz: Nagorno-Karabakh: The Conflict No-one, Including Israel, Wants to Solve

Michael Sliwinski
Michael Sliwinski (@MoneyMike4289) is a 2011 graduate of Ohio University in Athens with a Bachelor’s in History, as well as a 2014 graduate of the University of Georgia with a Master’s in International Policy. In his free time he enjoys writing, reading, and outdoor activites, particularly basketball. Contact Michael at staff@LawStreetMedia.com.
Share:
Related ItemsArmeniaAzerbaijanCaucasus MountainsNagorno-KarabakhRussiaTurkey