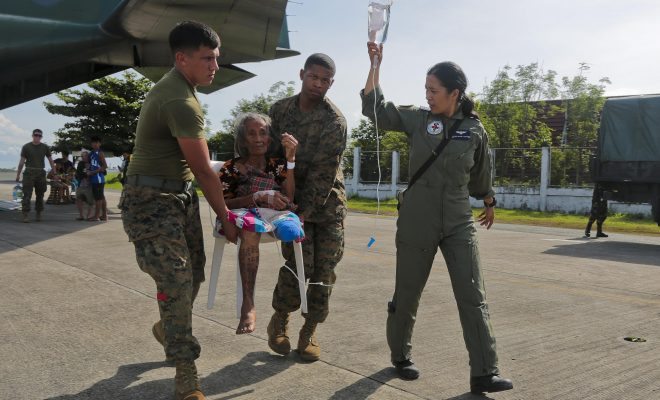 The Philippines: A U.S. Ally Grapples with Terrorism

Terrorism is a global problem and has been an especially challenging issue for the Philippines. A nation with a long and complicated history with the United States, the Philippines plays an important role on the global stage. Read on to learn about the history of the Philippines, its relationship with the U.S., and the struggles it faces today.

History of the Philippines

The settlement of the island nation began as early as 30,000 years ago. It continued with waves of Malay immigrants and Chinese merchants. Islam was brought to the area in 1500, and as Islam spread, Christianity was also introduced.

Christianity was brought to the Philippines by the Spanish, who then spent the next two centuries conquering the nation and establishing colonial rule. This was ultimately challenged and the Spanish were temporarily defeated by the British in the late 1700s. While the Philippines was eventually returned to the Spanish, the mindset had changed and rebellions against colonial rule became more prevalent, especially among the ostracized Muslim communities. As a result, Spain slowly allowed the nation greater freedom, eventually allowing free trade and a form of quasi independence.

Despite increased freedom, resistance and nationalism continued to grow, led by native Filipino members of the clergy. This led to a series of revolts that Spain was able to put down until it entered war with the United States in 1898. The Spanish were defeated by the U.S. and subsequently relinquished control of the Philippines to the United States. The video below explores the history of the nation.

Relationship With the United States

While some in the Philippines saw the Americans as liberators and fought alongside them against the Spanish, this viewpoint quickly changed. Although the Filipinos quickly attempted to assert their own independence and even elected a president, the Americans snuffed out any efforts toward immediate independence. This led to years of fighting between the two countries.

Americans eventually became the de facto new colonizers of the Philippines, with Filipinos supposedly being brought along the path toward independent self-government. The final path toward independence did begin in 1934 with the creation of the Commonwealth of the Philippines. Soon after, the Philippines saw the election of its first president, Manuel Quezon, and the approval of its constitution. This time these actions were also sanctioned by the United States. The American plan was to allow for a ten-year transition period before proclaiming the Philippines an independent nation; however, this was all quickly undone when the Japanese captured the Philippines during WWII. The nation was eventually freed from Japanese rule in 1945 and during the following year, 1946, finally gained its independence.

Although technically independent, the Philippines was still highly dependent on the U.S. for trade, and there were still numerous American military bases on the islands. These bases and other forms of American intervention would occasionally crop up as major issues for Filipinos for the rest of the century. There were also concerns over American support for President Marcos, a strongman who effectively ruled the country as a dictator for over 20 years.

A particular low point in the relationship came in 1991, when the U.S. was forced to abandon its military bases in the Philippines after the government refused to renew the leases. However, the threat of a rising China and the events of 9/11 caused the Philippines to again seek a closer partnership with the U.S.

In 1999, the two sides signed a Visiting Forces Agreement under which the two countries could engage in joint military exercises as long as no American bases were established and the U.S. maintained a non-combatant role.

Following 9/11, a rotating Joint-Operations Task Force was also created in the Philippines numbering approximately 600 soldiers. Its purpose was to help the country fight against Islamist extremist groups. While several of these groups were created worldwide to fight terrorism following 9/11, the Philippines, as a long-standing American ally, was an area of grave concern. Not only was there already an established Islamic insurgency in the south, but there were concerns over two terrorist groups, Abu Sayyef and Jemaah Islamiyah, that operate in the Philippines and have ties to other international terror organizations, including al-Qaeda.

Yet another agreement was signed in 2002, which permitted the U.S. to use the Philippines as a resupply center. The Philippines is a useful ally for the U.S. to have, especially when it comes to a sometimes contentious American relationship with China.

In addition, the U.S. and the Philippines have signed the Enhanced Defense Cooperation Agreement, which allowed greater access by U.S. personnel to Filipino military bases, the construction of new U.S. facilities, and positioning of defensive equipment. In 2014, while military cooperation was still ongoing, it was announced that the Joint-Operations Task Force would be dissolved as progress had been made. The video below documents U.S. efforts in the Philippines.

What issues are the Philippines facing now?

While many of the recent collaborative agreements between the U.S. and Filipino movements have been part of the United States’ overall involvement in Asia, the relationship between the two sides truly regained strength after 9/11. As terrorism became a main foreign policy concern for the U.S. it looked abroad to combat a wide variety of terrorist organizations, leading to its efforts in the Philippines.

In addition, the Philippines struggles with militant groups that make it difficult to successfully run the country. The current President of the Philippines is Benigno Aquino III; he was elected in 2010. He’s had to deal with many issues, including the Filipino-American relations, and the push against the terrorist and militant groups in the nation.

Abu Sayyaf Group, or ASG, is a splinter group of the Moro National Liberation Front. While smaller than the others, it has been the most aggressive. Its list of transgressions is long but includes such nefarious acts as murder, kidnapping, extortion, and robbery. It is mostly funded through those robberies. It operates primarily out of the southern islands of the Philippines, which have the largest chunk of the Muslim minority population.

The third group is a bit of a throwback to an earlier era. The New People’s Army, or NPA, is the Communist party of the Philippines, founded with the goal of overthrowing the Filipino government. Unsurprisingly, the group was founded in 1969 during the height of the Cold War. This group mainly targets public officials and U.S. personnel, as it is highly critical of the U.S. presence on the islands. The NPA receives most of its funding locally or from ex-patriots in other countries. While the group’s main aims might be different however, its members still often train alongside Islamist groups.

Along with these groups are the Alex Boncayao Brigade and the Pentagon Gang which were other organizations that were formerly listed on the State Department’s list of terrorist organizations. However, their capacity has been reduced to the point where they are no longer considered terror groups.  The following video gives a detailed explanation of terrorism in the Philippines.

Along with the terrorist groups that operate in the Philippines are two militant groups that are also very prominent. First is the Moro National Liberation Front or MNLF–“Moro” is the Spanish name for  Muslims in the Philippines. It comes from the word “Moor.” Founded in the 1970s, this group has waged a guerrilla campaign against the Filipino government, which it believes has marginalized Muslims in the southern area of Mindanao. In 1996 the two sides reached an agreement with Mindanao achieving semi-autonomy from the government in Manila. Following the agreement and a failed uprising the MNLF’s status has declined.

As fighting continued for the next decade, both sides were also working to reach some kind of a peace agreement, which they finally did in 2014.

With peace made between the main insurgent threat and the Filipino government, it is fair to ask whether the efforts by both the Filipino government and the U.S. have succeeded. While the terror groups have not completely abated and probably never will, their capabilities have been greatly reduced to the point that the U.S. feels comfortable enough to dissolve its anti-terrorism unit there. Thus, while it may not be the best-case scenario, it does provide a type of closure in the war on terror that is better for both sides than more fighting. This type of agreement might also prove to be the standard going forward in the war against terrorism globally for other afflicted nations.

There are of course many other issues that the Filipinos will have to address in the coming years. As the continued U.S. presence suggests, the Philippines may be a central point of action if relations between China and the U.S. deteriorate to the point of no return. Although this seems far from certain, potential flash point disagreements still exist between China and her neighbors, many of whom are U.S. allies, including the Philippines.

Other issues also exist, such as extreme poverty. The gravity of this problem was on display following the devastation from Typhoon Haiyan, which killed over eight thousand people. The storm also destroyed large swaths of desperately needed farmland. This forced as many as four million people to be displaced and seek help from outside sources. Already many people there were living on around a dollar a day and scavenging just to get adequate food supplies.

Domestic violence has also been on the rise in the nation. While more cases were naturally expected to be reported following the passage of the Violence against Women and their Children Act in 2004, the results are unsettling. According to one report by the Women and Children’s Protective Center, the rate of violence rose over 150 percent from 2004 to 2011. While these numbers are unnerving, it is still suspected that incidents are underreported as abuse is seen as a private matter.

These are only some examples of existing issues and while they are certainly not exclusively Filipino problems, they do point to areas of future concern. Also, while an agreement is in place, something more concrete will likely need to be worked out between the ruling government in Manila and its autonomous regions. Whether this is full independence or greater inclusion of the Muslim minority, the status quo does not appear likely to hold out forever, as evidenced by history.

Anti-Defamation League: The Philippines and Terrorism

Nations Online: History of the Philippines

War on the Rocks: End of An Era in the Philippines

Michael Sliwinski
Michael Sliwinski (@MoneyMike4289) is a 2011 graduate of Ohio University in Athens with a Bachelor’s in History, as well as a 2014 graduate of the University of Georgia with a Master’s in International Policy. In his free time he enjoys writing, reading, and outdoor activites, particularly basketball. Contact Michael at staff@LawStreetMedia.com.
Share:
Related Itemsal-QaedaColonizationDictatorshipMilitaryPhilippinesSoutheast AsiaTerrorism