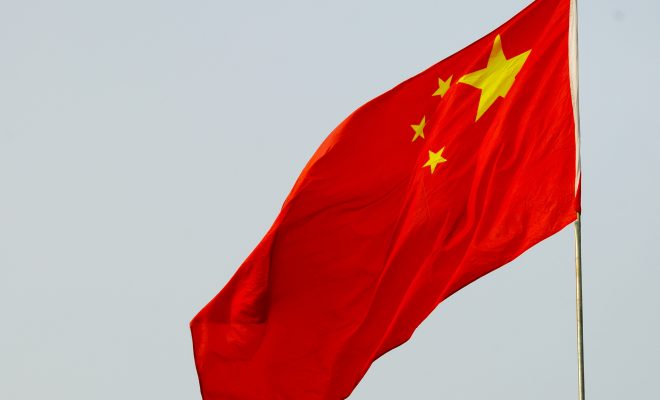 On December 2, President-elect Donald Trump dramatically broke from decades of United States policy in Asia by speaking with the president of Taiwan via a phone conversation. This call was the first known contact between either a U.S. president or a president-elect with a Taiwanese leader since before the U.S. severed diplomatic relations with the island in 1979. The event shocked the world, and the statements from Trump that followed only seemed to exacerbate strained relations between the U.S. and China.

The phone call was seen as a departure from the “One China” policy, that has governed U.S. relations in Asia since the late 1970s. But what exactly is the One China policy? And how will this potentially colossal shift in foreign policy from President-elect Trump and his administration affect the future of U.S.-China relations?

In the 1979 U.S.-P.R.C. Joint Communiqué, the U.S. withdrew any diplomatic recognition from Taiwan in order to acknowledge the Beijing regime as the sole legal government of China, thus creating the One China policy. The policy reflects the view that there is only one state called “China,” despite two governments claiming to be “China.” This policy differs from the One China principle, which insists that both Taiwan and mainland China are inalienable parts of China. Neither the Republic of China, nor the People’s Republic of China recognize the other as a legitimate government. Officially, the U.S. defines the full content of its One China policy as consisting of three Sino-American communiqués, one at the time of Nixon’s visit (1972), mutual establishment of diplomatic relations (1978), and the attempted resolution of American arms sales in 1982.

This particular policy can be traced all the way back to 1949 and the end of the Chinese civil war. The defeated Nationalists retreated to Taiwan and made it their seat of government, while the Communists held on to the mainland. At first, many countries, including the U.S., wanted to distance themselves from Communist China; however, the U.S. started to see a mutual need to develop relations in the 1970s. Proposals that the U.S. recognize two Chinas were strongly rejected by the People’s Republic of China. Finally, in 1979 under President Jimmy Carter, the U.S. normalized relations with China, cutting diplomatic and official ties with Taiwan. Furthermore, the U.S. withdrew U.S. forces from Taiwan, allowing the mutual defense treaty in Taiwan to expire.

The U.S. has made it abundantly clear on a global stage that it does not consider the political entity in Taiwan to be a state. However, it also does not accept the contention that Taiwan is part of China; the formal legal position from the U.S. is that Taiwan’s status is “undetermined.” Taiwan’s lack of diplomatic recognition by the U.S. and many other nations means it cannot become a member of most international organizations, including the United Nations.

So, that means for nearly four decades, the U.S. has had somewhat of a relationship with a foreign government it does not officially recognize, that government governs a state that the U.S. does not formally acknowledge exists, and resides on an island whose status according to the U.S. is undetermined. The U.S. and Taiwan also have significant presences in each country that have very specific diplomatic privileges and immunities. Taiwan’s president is allowed to make “transit stops” in the U.S. while traveling to other destinations, though is not allowed to make official visits to the U.S. and is not invited as an official delegate to U.S. events. Additionally, the Taiwan Relations Act, which was also enacted in 1979, mandates that the U.S. make defensive arms available to Taiwan, help maintain the island’s ability to resist any force that could jeopardize its security, and potentially take appropriate actions if there is any such threat.

Moreover, there is a substantial amount of trade and investment between the U.S. and Taiwan. The U.S. is Taiwan’s second-largest trading partner, and Taiwan ranks as the ninth-largest trading partner for the U.S. In 2015, U.S. goods and services trade with Taiwan totaled $86.9 billion. According to data from the Department of Commerce, U.S. exports of goods and services to Taiwan employed an estimated 217,000 workers in 2014. The U.S.-Taiwan industry includes a vast array of products: electrical machinery, vehicles, plastics, snack foods, as well as processed fruits and vegetables. However, China has grown to be Taiwan’s largest trade partner, absorbing nearly 30 percent of Taiwan’s exports by value. Any significant stirring of the status quo has the potential for grim consequences for the U.S., China, and Taiwan.

Trump’s Position on One China

Despite the strong U.S. stance on One China, Trump took a phone call from Taiwan’s leader, Tsai Ing-wen. It was a roughly ten-minute long conversation, described as a congratulatory phone call. Trump maintained that it would have been disrespectful not to have taken the call, and that he had only heard about it just an hour or two in advance. Just two days after the controversial phone call, Trump took a pointed jab at China on Twitter, accusing the country of keeping its currency artificially low and engaging in military posturing in the South China Sea.

Trump boldly stated in an interview with Fox News Sunday on December 11 that he does not feel “bound by a one-China policy.” Moreover, the Trump transition team has openly referred to Tsai Ing-wen as “President of Taiwan.” This public recognition of Tsai Ing-wen as President of Taiwan openly undermines the only aspect of One China that both the U.S. and China actually seem to agree upon–that Taiwan is not a state.

Many U.S. leaders are concerned that Trump’s flippancy with regard to the One China policy will lead to further strained relations with China. In fact, China expressed that it is “seriously concerned” after President-elect Trump questioned whether the U.S. should maintain its current position. Recent comments by Trump have demonstrated a willingness to use One China as a bargaining chip to iron out more favorable deals on trade.

Critics have further pointed out that Trump’s inexperience in foreign relations could have profound consequences globally. Tensions have already increased in the South China Sea, a major shipping route, as Chinese dredging operations continue in the Spratly Islands–China has been turning sandbars into islands with airfields, ports, and lighthouses. Beijing has also warned any U.S. warships and military aircrafts to stay away from the islands. A front-page opinion piece published on the overseas edition of the People’s Daily, the Communist Party’s official platform, noted that the call set a bad precedent and rang a warning bell in China.

In the past, China has not been afraid to express displeasure with U.S.-Taiwan relations and perceived violations of the One China policy. After the U.S. granted Taiwan’s pro-independence president, Lee Teng-hui, a visa to visit Cornell University in 1995, China conducted a missile test in the Taiwan Strait. The test was seen as a way to intimidate Taiwanese voters into not voting for Teng-hui during the 1996 election, though he did end up winning.

Presently, China has made its position abundantly clear. Cooperation with the U.S. cannot occur if Trump does not adhere to the One China policy. On December 10, Chinese military aircraft flew over waterways near Taiwan as part of long-range exercises. The drills lasted for about four hours and involved more than 10 aircrafts. Furthermore, Chinese Foreign Ministry spokesman Geng Shuang stated, “Adherence to the One China principle serves as the political foundation for the development of China-US ties. If this foundation is wobbled and weakened, there is no possibility for the two countries to grow their relations in a sound and steady way and cooperate on key areas.”

Military action is not the only method China could utilize to effectively retaliate against the U.S. for violating the One China policy or attempting to use Taiwan as a pawn in negotiations. China could make business increasingly difficult on its soil and use state-run media to encourage public boycotts of U.S. companies. Additionally, allies of Taiwan could be persuaded to switch allegiance to China, if given more aid. China could cease communications with Washington and further decrease trade and economic ties with Taiwan.

While the future is unknown, one thing appears to be certain: China will not tolerate anything less than the current status quo. Careless indifference to the One China policy could have serious ramifications on a global scale. If the new administration ignores decades-old diplomatic relations with China, there is a large risk of destabilizing U.S.-China relations and perhaps even sparking a true crisis.

Nicole Zub
Nicole is a third-year law student at the University of Kentucky College of Law. She graduated in 2011 from Northeastern University with Bachelor’s in Environmental Science. When she isn’t imbibing copious amounts of caffeine, you can find her with her nose in a book or experimenting in the kitchen. Contact Nicole at Staff@LawStreetMedia.com.
Share:
Related ItemsChinachinese civil warDonald TrumpForeign Relationsone china policyone china principleTaiwantaiwan strait