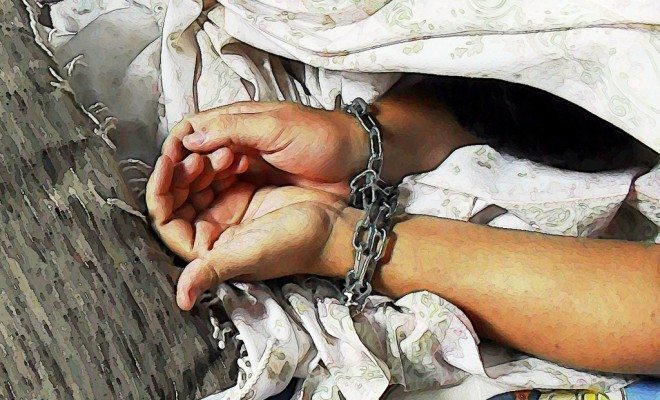 If you ask most Americans when slavery ended, they would probably answer…well, most Americans probably wouldn’t know. For the more informed citizen however, the answer would likely be in 1863 with the Emancipation Proclamation, or more accurately still in 1865 with the passage of the 13th Amendment, which explicitly outlawed the practice in the United States. Both of these answers are incorrect, however. That is because even today there are an estimated 60,000 people living in slavery in this country. Furthermore, according to the same Washington Post article, worldwide that number balloons to a staggering 30 million people, with those in less developed countries being much more susceptible to the illicit practice. To fully comprehend how this heinous enterprise–that most presume is finished–can still exist and worse yet thrive, it is necessary to first understand something very fundamental: What exactly is modern day slavery?

Slavery as an Institution

Slavery began at the birth of civilization and has continued in one form or another since then. The foundations of western culture were built on the backs of slaves as both Greece and Rome relied heavily on their human machines. This continued in Europe after the fall of these empires through the dark ages, the renaissance, and reformation. It was also a central aspect of colonialism and imperialism.

But while Europe and by association its colonies, which had slaves before Europeans arrived, may have the highest profile accounts of slavery, the practice was global. In the Middle East slavery was already in place at the time of the ascendancy of Muhammad and continued from the seventh century until the twentieth.  In fact it wasn’t until 1982 that Mauritania became the last country in the world to publicly abolish slavery. Even with this ban, Mauritania is still the country where citizens are mostly likely to be slaves, with about four percent of the population being classified as such.

Slavery was also an established institution further east. China, one of the oldest civilizations, had slaves for thousands of years. It wasn’t until the 1950s when the last acknowledged slaves could be found in isolated mountain areas. Slavery was a major institution in India, as well.

Even in Africa slavery existed long before Muslim or European slave traders arrived; however, unlike those two groups, African nations rarely imported non-Africans as slaves. Regardless, while the means and exact roles of slaves in society may have differed, in virtually every corner of the globe slavery has been an ingrained practice for millennia.

Thus the concept of slavery strictly being a product of the antebellum American south is inaccurate, but the reality of it being a global issue is not. Furthermore, the definition of slavery today is also not some stretching or reclassification of the accepted term. Modern slavery means being owned and controlled as property by another person through either physical or mental threats. Slavery can take many forms. Some of the most common forms include forced prostitution, forced agricultural or domestic work for adults and children, and families being forced to work for nothing in order to pay off generational debts. While these are modern forms of slavery they are also traditional, in fact the only thing that has changed is how slavery is seen publicly, namely if it is seen at all. Below is a video that describes further the conditions of modern day slaves.

Those Most at Risk

Throughout history slave groups have often been made up of people for a specific reason such as ability to work long hours, exotic appearance, a particular type of skill, or as a result of conquest; however, slaves today are increasingly likely to be found at the margins. This is in stark contrast to when slaves were well-known members of the household and in certain cases in old Islamic Caliphates could have children that one day might even aspire to the throne.

In this way then slavery has changed most dramatically. Long gone are the public slave auctions. Instead today slavery is a much more under-the-radar practice of a group on the fringe of society. This group often includes children or migrants who are either tricked or forced into slavery when they are young or if they move.

The problem can be exacerbated by a number of other factors, as well. Ethnic divisions is one example; a historical legacy left by imperialists in sub-Saharan Africa has led to one of the highest rates of slavery in the world. Another is wealth or more accurately the lack of it. In Haiti, for example, children may be sold into unofficial slavery by their parents as a means of income. Yet another is cultural; in India–the country with the largest estimated slave population at roughly 14 million–the legacy of the caste system remains and can prevent authorities from preventing cases of slavery.  The video below offers a greater breakdown of the victims of the modern day slavery system.

Thus there are many factors to consider that have led to the continuation of slavery worldwide. There have, of course, been many efforts globally to end the practice. Currently in every nation on the planet there are laws on the books forbidding slavery.

The problem is though that these laws are ineffective. To combat slavery then, the mantle again rests on non-governmental groups as it has since the first abolition movements. Since the passage of laws forbidding slavery is no longer the end goal, this patchwork of groups now has its sights focused on other means of ending this practice.

Probably the most important step to ending slavery is raising awareness. While this may seem naïve or practically unhelpful, slavery today is a forgotten issue. To many it is a battle that has already been fought and won and thus no longer bears consideration; however, as these groups stress, to the forgotten 30 million people who struggle under the guise of slavery every day, it is still an urgent issue. Furthermore while the value of a modern day slave is hard to calculate by anyone other than the owner, the fact that slavery exists shows that certain people or groups are profiting off of it.

Along this same vein, once awareness had been raised it is also crucial that governments are required to actually enforce their anti-slavery laws. This could include creating an agency or task force specifically charged with finding and preventing slavery as other agencies such as the FBI or FEMA exist to handle specific problems.

Once awareness and enforcement have been improved it is also necessary to cultivate the people who were formally slaves. This means providing food, shelter, and teaching basic skills to people who often had nothing else to turn to and became slaves out of necessity. This would also help prevent a reoccurrence of these individuals falling prey to the same crime again. Below is a video that highlights some of the things that can be done to combat modern day slavery.

These steps and actions are already being implemented by these groups. In fact, the United Nations has already spoken of some success with governments more strictly enforcing their laws and businesses enacting tougher measures that would prevent the enslaving of workers at any level of production. However, as a practice that has existed for thousands of years, slavery will not just vanish overnight. Thus, it will take time and additional resources; however, without solid and immediate gains combined with an existing general lethargy, slavery is likely to endure.

A Problem With No End in Sight

Although slavery has been and is still a global problem, the suffering is not equal. A person in a developed country with a high per capita income is less likely to be a slave than his or her opposite. Furthermore in wealthy countries, slavery has long been taboo. Many western countries for example began abolishing slavery in the early nineteenth century. Thus countries with the greatest ability to end the practice may feel the least inclination to do so.

While there are many solutions to the slavery problem, so far none has gained enough traction to bear much fruit. While groups in the West and other places come to grips with the consequences of the slave societies of their past the same trade is still being employed right under their noses. Although slavery today may not be as much of a concern as it used to be, for the people affected by it is as real as it has ever been. While the correct way to stop slavery remains elusive, what is important is that the continued existence of slavery be at the very least acknowledged. This is vital because only after admitting slavery is still a problem can it then be addressed.

Washington Post: This Map Shows Where the World’s 30 Million Slaves Live. There are 60,000 in the US

National Geographic: How We Can End Slavery

Anti-Slavery: What is Modern Slavery

Michael Sliwinski
Michael Sliwinski (@MoneyMike4289) is a 2011 graduate of Ohio University in Athens with a Bachelor’s in History, as well as a 2014 graduate of the University of Georgia with a Master’s in International Policy. In his free time he enjoys writing, reading, and outdoor activites, particularly basketball. Contact Michael at staff@LawStreetMedia.com.
Share:
Related ItemsChild LaborHuman TraffickingModern Day SlaveryProstitutionSlave LaborSlaveryTrafficking