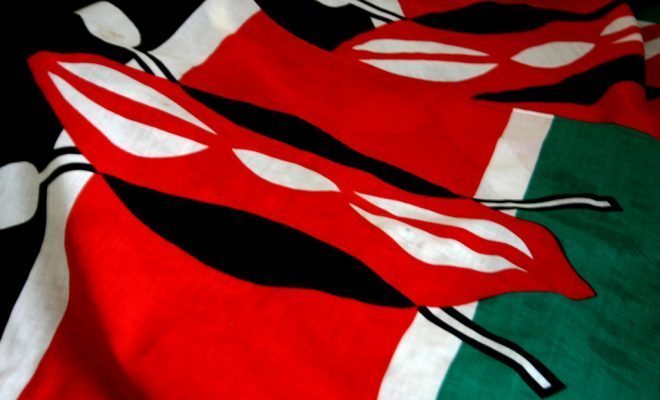 On Thursday April 2, a number of gunmen burst into a college in Garissa, Kenya. These attackers proceeded to separate the sleeping students into groups. They then executed 147 people, leaving a trail of carnage for the world to see. Carried out by Al Shabab, the attack targeting Kenyan Christians was another in a series of skirmishes between the group and Kenyan citizens. Read on to learn about the roots of conflict, what Al Shabab is, why the attack occurred, and considerations for the Kenyan people moving forward.

A Brief Look at Kenyan History

Prior to contact from outside groups, modern day Kenya was home to several different indigenous tribes. However, this way of life began to change with the incursions first of Arabs and later Christian Europeans. These groups brought two different religions, Islam and Christianity, which would create lasting divisions and serve as a root cause for friction in the present day.

Islam reached Kenya first as a result of trade with Arab merchants, but also stemmed from the Oman Sultanate whose power emanated from Zanzibar, an island off the coast of Kenya. Not surprisingly then, along the coast many Kenyans became Muslims. Presently about 11 percent of the population of Kenya is Muslim. Today the Muslim population remains centered along the coast and in the north, along the border with Somalia.

Christianity arrived much later, in the nineteenth century. British colonization led to the rise of Christianity in Kenya. Starting with its land grabs, the Christian faith accompanied every expansion of the British presence in Kenya, culminating in its colonial status. Along with British officials, missionaries also worked to spread the faith throughout the country. Despite these efforts, Christianity was still second to the traditional beliefs of Kenya. Even for those who accepted Christianity, for many it took the form of a blend of traditional practices and the Christian faith. However, following independence, the new ruling elite adopted Christianity and thus made it the de facto religion of the nation. Today, approximately 82 percent of the population of Kenya is some form of Christian. The accompanying video explains the settling of Kenya, the arrivals of Arab and European colonists, and Kenya’s arrival at independence:

While the situation within Kenya is complex, matters are also complicated with its neighbors, especially with the nation to the north, Somalia. The attack in Garissa came after continued Kenyan intervention into Somalia, dating back to 2011. The incursion was triggered by a raid into Kenya by the terror group Al Shabab.

The group claiming responsibility for the attack in Garissa is a Somali-based Islamist extremist group known as Al Shabab, which means “the youth” in Arabic. The Al-Qaeda linked group was the youth movement of the Union of Islamic Courts which controlled Mogadishu, the capital of Somalia, until it was ousted by Ethiopian forces in 2006. While the group has lost control over major areas, including Mogadishu and the port city Kismayo, it still maintains a grip over a large swath of territory within Somalia, despite continued efforts of African Union troops. Within the territory under its control, Al Shabab practices an extremist form of Islam.

The attack on Garissa carried out by A Shabab was unquestionably grisly, however it was not the first. Rather, it was one in a long series of escalating assaults against Kenya. Prior to the attack on the university, one of the worst terrorist attacks in Kenya was also courtesy of Al Shabab. That attack occurred at a shopping mall in Nairobi, the capital of Kenya, and left 68 people dead. There are many other incidents of gun or grenade attacks carried out by the group. One of the chilling hallmarks of these attacks is Al Shabab forcing people to correctly recite specific passages of the Koran in order to separate the Christians from Muslims. Although Kenya recently invaded Somalia to confront the group, these attacks precipitated that invasion, which begs the question, why is Al Shabab targeting Kenya?  The video below explains what Al Shabab is and its goals in Kenya:

Al Shabab seemingly initiated the mass killings in part because of Kenya’s invasion of Somalia as well as how Kenya deals with its Muslim minority population. Kenya began a direct military intervention into Somalia in 2011 along with fellow African nations to root out Al Shabab, whose kidnappings and killings Kenya claimed hurt the country economically. However, there has been a history of raids from Al Shabab into Kenya, so many experts attributed the invasion to Kenya’s increased militarization, courtesy of growing military assistance packages from the United States. Additionally, Kenya had also previously trained and armed a militia group to serve as a buffer between itself and Al Shabab in the northern border region.

Aside from direct military conflict with Al Shabab, another reason for the attack was how Kenya treats its own Muslim population. Muslims make up around 11 percent of the population of Kenya and are based mostly in the northern and coastal regions that border Somalia. This area has historically been marginalized, resulting in a lack of services, jobs, and representation in the government. It has also been the recipient of anger from Kenyan armed forces for attacks on Kenyan territory. In 1984 for example, over 1000 people were murdered by Kenyan troops in Wagalla, located in the predominately Muslim north, in an attempt to end clan conflict.

So what’s next for Kenya following this massacre? On April 6, just four days after the deadly attack on the university in Garissa, Kenya launched airstrikes on suspected Al Shabab militants. While officials say the strikes were already planned and were not a direct result of the Garissa carnage, the timing is questionable. However, some are questioning what exactly Kenya hopes to achieve with the strikes, other than killing a few insurgents. As Al Shabab is already reeling from attacks in Somalia, critics worry that it would appear wiser to try to better incorporate the Muslim population in Kenya and thus eliminate the recruiting ground for the terrorist group there. As Hunter S. Thompson immortally once said, “kill the body and the head will die.”

Nevertheless, despite whatever path Kenya takes, the attacks by Al Shabab appear to point to a larger trend conflict in the area–the overall struggle taking place in central and northern Africa and the Middle East, between states and extremist groups. These efforts are spearheaded historically by Al Qaeda, but more recently by ISIS in Iraq and Syria and Boko Haram in Nigeria. The question going forward then, is what links these groups may have to aiding Al Shabab?

Al Shabab has already begun working, at least in minor ways, with Boko Haram. In fact the two groups have communicated since 2011 about bombing plans and other tactics. Even the situation in the two countries are similar–Nigeria is plagued by a Islamic extremist group representing a northern region populated by Muslims who feel oppressed and marginalized by the existing governments. Continued and increased cooperation between the terror groups have many worried about even worse attacks than the Garissa massacre, if underlying problems within Kenya are not addressed and the Al Shabab is not successfully countered.

Kenya currently faces a difficult road, but not necessarily a unique one. Kenya is now embroiled in a seemingly endless conflict with a prominent non-state actor, Al Shabab. Kenya may need to unite its own people more closely, and not just through airstrikes. This sentiment seemed to be shared by Kenyan President Uhuru Kenyatta in an address to the nation on Easter Sunday, in which he called for national unity and defended Islam as a religion of peace. The issue now, is whether Kenya can abide by Kenyatta’s words and unite to defeat the terror that has infiltrated it.

Al Jazeera: Why Al Shabab has Gained a Foothold in Kenya

DW: Islamist Terror Groups in Africa and the Middle East

Michael Sliwinski
Michael Sliwinski (@MoneyMike4289) is a 2011 graduate of Ohio University in Athens with a Bachelor’s in History, as well as a 2014 graduate of the University of Georgia with a Master’s in International Policy. In his free time he enjoys writing, reading, and outdoor activites, particularly basketball. Contact Michael at staff@LawStreetMedia.com.
Share:
Related ItemsAl-ShabaabAl-ShababBoko HaramGarissaGarissa MassacreIslamistKenyaNairobiSomaliaTerrorist