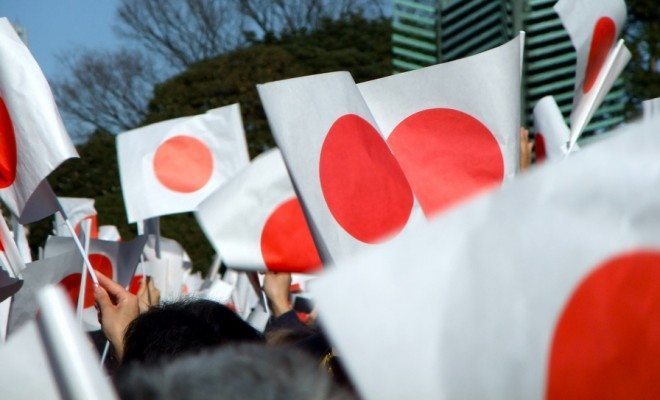 Defining Japan’s Place in the World

After 70 years of pacifism, the Japanese parliament recently voted to allow the use of military force under specific conditions, potentially moving the country away from a longstanding policy that guided it since the end of World War II. While this decision immediately drew an outcry of criticism from Japanese citizens, it was strongly supported by Japan’s conservative Prime Minister Shinzo Abe. The new legislation will not completely do away with the country’s policy of pacifism, but it does allow for the use of military force under a set of narrow circumstances. After years of stagnant economic growth, this decision reflects the efforts of conservatives in the country’s parliament to expand its role in the region. Read on to see how Japan has currently defined itself and what that will mean for its future.

The strength of Japan’s economy has been central to defining its place in the region. Japan was the first in Asia to modernize along European lines, starting at the end of the 19th century. Adopting a Prussian-style, government-dominated economy, Japan became a powerhouse up until WWII. Following the war, while Japanese industries struggled to recover, the nation was helped by a large surplus of young educated workers and free trade.

Then, starting in the 1960s, Japan began its economic miracle in which it relied on exports to make it a world power economically, second only to the United States. That miracle, however, came to an end in the early 1990s, as GDP growth leveled off. From 1992 onward, Japan’s GDP growth remained largely stagnant. Despite a brief period of growth in the 2000s, those gains were erased by the 2008 global recession.

Japan’s most recent effort to reverse this trend was the election of Shinzo Abe as prime minister in 2012. After three years and a large economic stimulus, there has been very little to show for it. But despite that stimulus, there have been brief periods of recession. Economic stimulus has also come with significant costs–the national debt in Japan is currently 240 percent of its GDP, the highest in the world.

Part of Japan’s economic problem is the demographics of its workforce. On average, Japanese citizens have the longest life expectancy of any people on the planet. While that is certainly good for the people of Japan, when you couple that with the country’s extremely low birth rate it creates a significant issue for the Japanese workforce. Namely, while life expectancy is going up, the birth rate is going down. This means that there are fewer young workers to replace the older retirees. So, the younger workers must now support more retirees per person, along with themselves and their families. The best way to visualize it is as an inverted pyramid. This problem is only made worse by Japan’s relatively young, customary retirement age of 60. The video below details the issues plaguing Japan demographically:

Up until the end of the 19th century, Japan had been under the influence of China, even adopting its customs and language. However, beginning in the 1890s and continuing into WWII, the roles were reversed as Japan became the dominant power. Japan earned long lasting infamy and hatred among the Chinese when its army killed and raped hundreds of thousands of people.

Japan’s current relationship with China can be characterized as contentious, particularly in light of China’s growing military and economic power. In this case, Japan serves as the traditionally dominant power that it is being overtaken by the upstart China. The following video below shows the difficult relationship between the two nations:

Many of the complications with Japan’s relationships with its neighbors stem from its deep history in the region. For thousands of years, there existed an exchange of ideas and customs between Korea and Japan. But in 1910, Japan annexed Korea, holding the territory as a colony until its defeat in World War II. This period involved particularly harsh rule and oppression from Japan, which is the source of strong resentment that still exists today. Despite Japan’s policy of pacifism adopted after World War II, resentment from past conflict continued to shape Japan’s relations with its neighbors.

Japan’s relationship with North Korea is also filled with wariness, much like the one with China. However, the reasons why Japan mistrusts North Korea are different. Unlike the Chinese, an economic and territorial rival, North Korea’s danger lies in its instability. Couple this instability with its nuclear capability and the repeated missile tests near Japan and it presents Japan with a very dangerous and unpredictable potential adversary close by. Recently Japan has been part of the six-party talks about North Korea’s nuclear program. As North Korea has proven committed to the program, Japan has employed sanctions, further distancing itself from North Korea.

Despite their similarities, Japan and South Korea have had a strained relationship since the early 1900s. Both countries have democratic market-based economies, causing them to share several interests in the region–both are wary of China’s growing role in the region and are close allies with the United States. Scholars argue that formal relations between the governments are largely shaped by public opinion. In their book, The Japan-South Korea Identity Clash, Brad Glosserman and Scott Snyder argue:

We conclude that the threat-based and alliance-based evaluations of conditions for Japan-ROK [Republic of Korea] cooperation cannot overcome the psychological and emotional gaps in perspective on Japan-ROK relations, chasms that are reflected in public opinion in both countries. For this reason, this study has chosen to utilize public opinion data as a way of getting into the heads of the publics on both sides and more deeply understanding the nature and parameters of identity-related issues that have inhibited development of the relationship.

In an almost ironic twist, relations between the United States and Japan are as good, if not better than with any of its neighbors, which is significant given the legacy of WWII. Since the end of the war and American occupation, Japan has been a close ally–it now hosts a major U.S. military base on the island Okinawa. Japan is also a major market for U.S. goods and an important regional partner for diplomacy.

The Cost of War

Japan’s movement away from pacifism also has the potential to affect the nation’s bottom line. Although next year’s budget increase for military spending is not huge, about $41.7 billion or 2.2 percent, it matters quite a bit in the context of the country’s economy, as Japan is mired in extreme debt.

Along with rising costs of an expanded military, there are the effects on the weapons industry in Japan. Last year, the country allowed its weapons manufacturers to export military weapons for the first time. Prior to 2014, companies were only allowed to sell weapons to the Japanese military. But it remains unclear whether this move will actually benefit these companies, which are usually part of much larger corporations. This is because these manufacturers have never had to compete for business before. While exposure to more markets may seem like a good thing, removing the protections in place may not provide many short-term benefits.

When we talk about a less-passive Japan, the topic of nuclear weapons may also come up. Most of this rhetoric comes from China, Japan’s chief rival, who suggests with Japan’s advanced nuclear energy knowledge, building a weapon would be very easy. The second part of the assertion is certainly true, as most experts believe that with their know-how and inventory of radioactive material, the Japanese could likely build a nuclear weapon in a matter of months. However, the idea that Japan would do so seems unlikely for several reasons. These reasons include a nuclear guarantee from the United States, a strict commitment to the Nuclear Non-Proliferation Treaty (NPT), and the growing criticism of nuclear technology in Japan in general following the nuclear meltdown disaster in Fukushima. Finally, the historical significance of nuclear weapons still resonates with Japan after the nation was decimated in World War II. The following video gives a complete analysis of Japan ending its policy of pacifism:

Like its economy, Japan itself seems caught in a malaise which threatens to affect its role within the region. Japan’s economy remains in neutral despite the election of Shinzo Abe, who pledged to turn things around with government spending and other innovations. Diplomatically, relations with its Asian neighbor remain simmering, especially with China and the Koreas.

This may explain Japan’s recent decision to move away from its 70-year-old policy of pacifism. However, popularity and concern for spending certainly remain issues for the country, as the decision flies in the face of both. The decision also threatens to further aggravate tensions with Japan’s neighbors, who still carry memories and grudges from World War II.

Japan’s role in the region seems to be the same as that of many countries in their respective spheres, not as big as it thinks it is or should be. Perhaps becoming a more assertive military power is a way for Japan to bolster itself, especially in the face of a rising China. It may also just be a reaction to the arms races currently ongoing in Asia, set off by a rising China.

Stanford: Learning from the Japanese Economy

Michael Sliwinski
Michael Sliwinski (@MoneyMike4289) is a 2011 graduate of Ohio University in Athens with a Bachelor’s in History, as well as a 2014 graduate of the University of Georgia with a Master’s in International Policy. In his free time he enjoys writing, reading, and outdoor activites, particularly basketball. Contact Michael at staff@LawStreetMedia.com.
Share:
Related ItemsAsiaChinaJapanJapanese EconomyJapanese MilitaryPacifismShinzo Abe