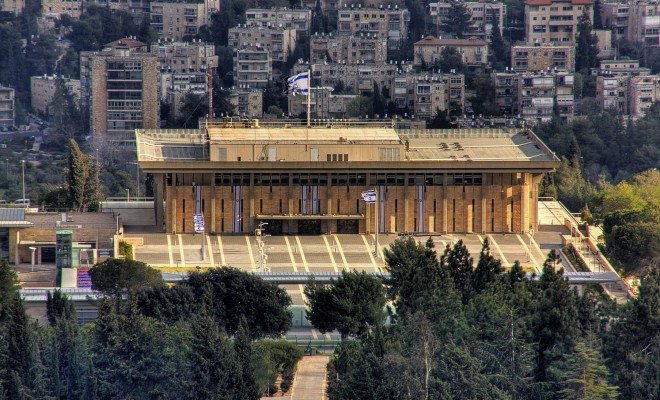 Israel’s Battle to Dismantle Cults: An Inspiration for the Rest of the World?

In the United States last month, the Fundamentalist Church of Jesus Christ of Latter Day Saints made headlines for committing food stamp fraud. The infamous cult, which the Southern Poverty Law Center referred to as “white supremacist, homophobic, antigovernment, [and] totalitarian,” has practiced polygamy and sexual abuse for years but the evidence of the food stamp case may be the key to shutting the organization down for good. Without lucky breaks like this food stamp case, law enforcement often has difficulty effectively disbanding cults.

Identifying a cult in the first place is often a difficult task, as the line between freedom to practice religion and illegal activity shifts depending on different cultural traditions. Members of cults rarely want to share information with the authorities which makes building a criminal case incredibly difficult.

However, eliminating cults should not be considered an impossible task. Consider the case of Israel. The Israeli parliament, the Knesset, has recently introduced an anti-cult law designed to dismantle New Age sects of Judaism that are considered explosive forces within the country by the lawmakers trying to regulate them. Take a look at that situation in Israel and how other countries have handled cults in the past in comparison with the proposed Israeli law.

Spotlight on Israel: The Knesset’s Decision

Israel’s proposed bill was put forward by Orly Levy-Abecassis, a Member of the Knesset from the Yisrael Beytenu party. Levy-Abecassis has been committed to dismantling cults for some time now, as evidenced by her 2014 protest of homeschooling. She argued that homeschooling could shelter cults, allowing them to corrupt younger generations and evade the gaze of Social Services ministries that monitor children’s health.

The proposed law defines a cult as any group that:

Rallies around a person or an idea, in a way that there is exploitation, dependency, authority, or emotional distress experienced by one or more members, uses methods of mind control or controlling patterns of behavior, and operates in an organized, systematic, and sustained fashion, while committing crimes under Israeli law that are felonies or sexual offenses or serious violence.

The bill also labels the act of leading a cult as an offense punishable by up to ten years in prison. The Ministry of Welfare would be tasked with compiling a database of information about members, leaders, and practices of cults. The final segment of the bill asks for the establishment of a department dedicated to helping victims of cult abuse. If this bill is passed into law, it will be the first Israeli statute to distinguish cults from other religious groups that enjoy protection under freedom of religion clauses.

There have been a series of high profile court cases involving cults in Israel over the past several years. In 2014, accused cult leader Goel Ratzon was sentenced to 30 years in prison in October 2014 for a slew of sex crimes but escaped persecution for a count of slavery. One of his former “wives” was interviewed immediately after the court’s decision and said:

It seems that in the State of Israel, pimps, people who pimp other peoples’ body and soul, can continue to do so…they have the right – because there is no law and there is no justice.

There have also been allegations against a man named Rabbi Aharon Ramati for cult behavior. Ramati was arrested and then moved to house arrest but his sentence was relatively short. Parents of the young women who have joined Ramati’s cult argue that the girls are being brainwashed and kept against their will in squalid living conditions but because the cult members are all adults, the Israeli state has virtually no power to intervene. Unless they can compile sufficient proof of crimes on Ramati’s part, joining the cult is legally considered to be a choice that anyone is entitled to make.

While the bill is designed to target groups within the borders of Israel, it could potentially be used to condemn Jewish cults throughout the world. One such alleged cult would be the Lev Tahor sect, an anti-Zionist cult that opposes homosexuality, birth control and evolution, and has expanded from Canada into Guatemala. Canadian officials have connected Lev Tahor to dozens of cases of child abuse, human trafficking and forgery and there are no signs that the cult has planned to shut down those practices within their new operation in Guatemala. There are fears that Lev Tahor may become increasingly violent in future years, becoming a threat to both the Israeli community and the greater population. Lev Tahor does not currently exist within Israel and Israel’s bill only applies within national borders, but the rise of the cult has concerned Jewish leaders, no doubt contributing to the impetus to pass a formal anti-cult law.

How do Different Nations Deal with Cults?

Israel is not the only country that is host to a variety of cults.  Different legal systems and law enforcement agencies deal with cults in a variety of ways across the globe.

U.S. law enforcement has historically struggled with regulating cults because of a hesitancy to violate First Amendment rights. Authorities have to wait until they have sufficient evidence to file criminal charges, which sometimes results in cults being designated criminal organizations. During the latter half of the twentieth century, a host of cults dominated American headlines–the Branch Davidians, Heaven’s Gate, the People’s Temple–but just because many of these high profile cults were destroyed does not mean that cult worship is not alive and well in America. The Children of God (now known as Family International) is an active cult that continues to operate in the United States today. Individual leaders and members have been charged with criminal offenses, but never enough to permanently shut down the organizations.

In contrast, the French government has actively sought to disband cults and has even created a “cult-fighting” unit within its law enforcement branch of government. While France runs across the same difficulty defining cults that the U.S. has, the French government did take the time to create a list of ten cult characteristics in 1995 which has proved important for legal cases against cults. The same commission that published that list also put together a set of 173 organizations that it considers to be cults–including Jehovah’s Witnesses and the Church of Scientology.

In Indonesia, new religious groups are emerging that Indonesian authorities are tentatively labeling cults or “deviant sects.” Movements such as Gafatar isolate their members from mainstream society, asking them to follow a charismatic leader and subject themselves a religious hierarchy that controls their lives. Indonesian law allows the government to control religion in the public sphere but does not extend into the private lives of Indonesian citizens. Sects such as Gafatar have come under attack from religious majorities, inspiring outcry from the international human rights community. At this point, it is difficult to identify whether Gafatar is a cult with the same violent potential as those that existed in America several decades ago or if it is simply an emergent religion. Gafatar subscribes to some of the characteristics included on the French commission’s 1995 list but is not as clearly cult-like as an organization like the Branch Davidians. The Indonesian government should be able to monitor the group but cannot take direct action to disband it unless there is evidence of criminal activity.

In the twenty-first century, cults are an uncomfortable reminder of the most archaic and brutal aspects of major religions. As mainstream religious institutions adapt with time and become more open to equality and change, these organizations remain in the past, controlling their members through mental and physical abuse. Bringing the leadership of cults to justice is a priority for law enforcement but it is difficult to disband cults without causing an uproar over the violation of the right to freedom of religion. Israel’s proposed legislation could have lasting effects not only within Israeli borders but beyond, setting a standard for condemning hate speech and brainwashing around the world. However, persecuting cults is a difficult task as the very act of defining them is controversial. Organizations such as the Church of Scientology and the Hare Krishna movement have been labeled cults in some countries and acceptable religions in others. Bills like the one the Knesset is considering take on the blurred lines between religious freedom and criminal activity in a public forum that world governments have historically skirted around.

Times of Israel: MKs Bid to Tackle ‘Harmful Cults’ That Ensnare 20,000 Israelis. But it’s Not so Simple

The Jerusalem Post: Committee on the Rights of the Child: More regulations on homeschooling

NPR: Dogged By Controversy, A Jewish Sect Is On The Move Again

US News and World Report: How to Address Indonesia’s Religious Cults

Rappler: As Religious Cults Emerge in Indonesia, How Should Gov’t Deal?

Slate: Cult Busters: How Governments Decide if a Religion is Real or Not

Jillian Sequeira
Jillian Sequeira was a member of the College of William and Mary Class of 2016, with a double major in Government and Italian. When she’s not blogging, she’s photographing graffiti around the world and worshiping at the altar of Elon Musk and all things Tesla. Contact Jillian at Staff@LawStreetMedia.com
Share:
Related ItemsCrimecultFreedom of ReligionFreedom of SpeechIsrael