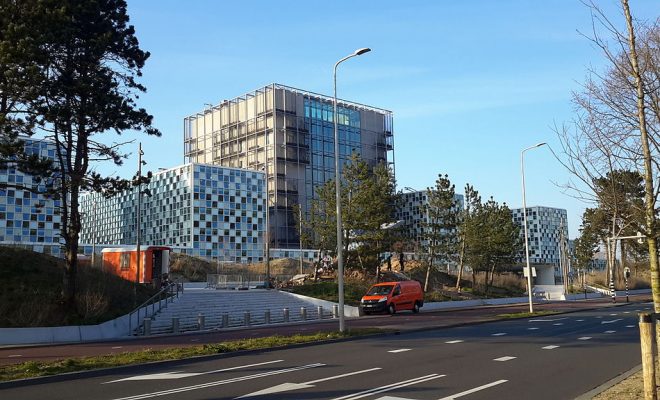 Is the Fate of the International Criminal Court in Jeopardy?

As the new year begins, it’s safe to say that 2016 was a trying time for the International Criminal Court (ICC). The United Nations-inspired program established by the Rome Statute of 1998 stands as the world’s only tribunal capable of prosecuting individuals at the international level. Formed to investigate and prosecute war-related crimes, the 124-member committee is now three members short, and its legacy is at stake. Various signatories in Africa have recently resigned (and more are expected to do so) due to continuous accusations of the court disproportionately targeting Africans and representing the interests of western imperialism. Now with fewer members (and therefore fewer outlets to pursue cases) the independent judicial body’s ability to indict foreign dignitaries for orchestrating violent campaigns may dwindle as Uganda, South Africa, and Burundi are facilitating a “coordinated revolt” to undermine ICC operations.

The formation of the ICC resulted from the Rome Statute of the International Criminal Court–a United Nations initiative that was adopted on July 17, 1998 and took effect on July 1, 2002 after the 60th member state ratified it. For five weeks, U.N. members deliberated in the Italian capital about establishing a fixed international tribunal. After several compromises were made, the treaty passed with a vote of 120 to 7, with 21 countries abstaining. From the beginning, the mandate aimed to indict political officials for wartime atrocities, diminish impunity, and ensure that restorative justice is accomplished when national governments are unequipped to reach their own verdict (which is generally the case in times of crisis). Separate from the United Nations, the permanent, autonomous court provides an all-encompassing index on how to legally handle cases of genocide, crimes against humanity, war crimes, and crimes of aggression. A limited scope of retribution was granted, meaning that only crimes occurring after the court’s 2002 inception are open for investigation.

Although the Yugoslavian and Rwandan wars were occurring during these preliminary negotiations (and therefore representing a dire impetus for action), the idea of a permanent world court was 50 years in the making. According to the International Policy Digest, the vision of a supranational judiciary gained momentum toward the end of World War II after the Axis Powers were defeated and their wrongdoings were exposed. Following the Nuremberg Trials against Nazi Germany in 1945 and 1946, the U.N. General Assembly passed the Convention on the Prevention and Punishment of the Crime of Genocide in 1948. This was the first step in defining genocide, which is considered to be “the most heinous international crime” and one of the three original crimes that would fall under the ICC’s jurisdiction.

How Does the ICC Function?

The ICC, which is located in The Hague, Netherlands, can only intervene when states are “unable” or “unwilling” to prosecute criminals themselves. The Office of the Prosecutor (OTP) for the ICC receives referrals of “situations” where court action may be needed. This stipulation means that the ICC can only intervene when national criminal justice systems fail to prosecute a war crime themselves. By signing the treaty, member states, therefore, consent to the ICC’s jurisdiction and allow the judiciary to pursue investigations if warranted. Therefore, countries that didn’t sign the peace agreement, like the United States, cannot be issued warrants.

Instead of relying on juries, the ICC delivers verdicts through judges–all of whom must be citizens of an ICC member state. Within the tribunal there are 18 judges serving in three divisions: the Pre-Trial Division, Trial Division, and Appeals Division. Perhaps the most vital department is the Pre-Trial Chamber, given that it is responsible for issuing arrest warrants and confirming indictments that are initiated through the U.N. Security Council or the Assembly of States Parties. But this vital department allegedly has a slow response rate, sometimes taking months to respond to arrest warrants.

Ever-present Challenges and Critiques of the ICC

As the world’s only official international war crime tribunal, the ICC has a lot at stake. The agreement that created it may have made history, but the court also faces a lot of systematic challenges. When the ICC was formally introduced in 2002, certain skeptics believed that the institution would become too powerful and prompt the formation of a one-world government. Originally, countries like the United States and Israel were dissuaded from signing the treaty out of fear of potential prosecution, and that some “new mega-criminal law” would result in tyrannical practices. However, today the ICC is viewed as far from tyrannical (or effective for that matter) due to its “procedural and substantive deficiencies.” Throughout its short existence, the court has opened 10 investigations and publicly indicted 39 people. These relatively low numbers signify three main challenges of the ICC.

At the forefront is the issue of credibility. When Thomas Lubanga Dyilo of the Democratic Republic of the Congo was found guilty on March 14, 2012 for recruiting child soldiers (becoming the first person to be convicted by the ICC), the court had already existed for 10 years and spent an estimated billion euros. Although the verdict set a new precedent for international law, the amount of time required to set the milestone didn’t seem like an efficient use of time or money to some. Trials need to be carried out more efficiently for this situation to improve, which could be difficult considering how the ICC prefers live testimony, which inevitably elongates the trial process. Legitimacy is another indelible challenge for the ICC. Only two members of the U.N. Security Council are official judicial members, which certainly complicates the referral process. Although the U.N. Security Council has tried to refer the Syrian conflict to the ICC (despite Syria not being a member of the Rome Statute) both China and Russia (non-ICC members) have rejected such initiatives–major powers can veto court efforts even when there is proof of atrocities taking place.

The implementation of the ICC can be tricky, considering that the court relies heavily on other nation’s police forces to make arrests and transfer indicted people to The Hague. This requires vast cooperation among State Parties. A common critique is that the court relies too much on international governments to implement court mandates without much direct supervision or guidance. The consequences are straightforward: no arrests and no trials.

Finally, the third issue involves unrealistic expectations and the extent to which the treaty is a “persistent object of faith.” The treaty inherently relies on the free and voluntary consent of member nations, providing them with every right to withdraw if desired. Moreover, this has resulted in certain countries being ambivalent towards the ICC (particularly the United States during the Clinton and Bush administrations), which ultimately diminishes the court’s overall credibility.

Lately, the most critical commentary of the ICC involves how it may be an “instrument of modern colonialism” due to the extent in which the judicial body primarily affects African officials. Throughout the existence of the ICC, every indicted person has been African, which “implies unfair selectivity at best, and smacks of neocolonialism at worst.” Since the ICC began 18 years ago, nine out of the 10 investigated cases have involved African nations, which has led to accusations of bias. With fewer member states to help expedite this process, the ICC would have a more limited scope for prospective investigations. Fewer African members would make the ICC “a shell of its former self.” Not only does this undermine the legitimacy of the organization, but makes its operations seem dysfunctional.

Following in the footsteps of Burundi and South Africa, the tiny West African country of Gambia became the latest member to withdraw from the ICC this past October. Together, these nations have chastised the multinational tribunal for its alleged “anti-African bias” and ignorance toward wrongdoings from Western powers. Burundi was the first constituent to “file for divorce” from the ICC. At the time, the country was being investigated for possible war crimes during the recent outbursts of political violence. Civil unrest transpired after the incumbent president, Pierre Nkurunziza, declared he would be running for a third term.

Once considered as a “continental heavyweight” and avid supporter of the ICC in the 1990s, South Africa disappointed the ICC after failing to arrest Sudanese President Omar al-Bashir in June of 2015, who is wanted by the ICC for orchestrating wartime atrocities in Darfur. Despite a South African court order to arrest al-Bashir, the Sudanese head of state still managed to attend an African Union summit in Johannesburg and leave Pretoria unscathed. Even though Sudan is not a member of the ICC, the U.N. Security Council successfully referred the Darfur conflict to officials in The Hague. South Africa and the ICC clashed over the impunity afforded to current heads of state. Although the ICC has brought current presidents to stand trial, this practice is something that South Africa strongly disapproves of.

Peeved by the continual investigations into African affairs, the Gambian President Yahya Jammeh urged the ICC to divert its attention from Africa and instead probe further into the E.U.’s wrongdoings in today’s ongoing immigration crisis. In a public statement, Jammeh suggested that European countries be tried for the deaths of African migrants on the Mediterranean Sea.

“This action is warranted by the fact that the ICC, despite being called the International Criminal Court, is in fact an International Caucasian Court for the persecution and humiliation of people of color, especially Africans,” said Sheriff Bojang, who serves as Gambia’s information minister.

If more African states revoke their ICC membership, then the court’s stability will remain unclear, considering that 34 of the original 124 member states are from the continent. The ICC could very well lose its credentials if a mass exodus of African nations ensues. Attention is currently fixated on Kenya, which many fear may be the next African country to abandon the tribunal. Three years ago, the African Union pressured the ICC not to persecute incumbent heads of states. Such a proposal was made while Kenyan President Uhuru Kenyatta and his colleague, William Ruto, were expected to stand trial for the ethnic violence stemming from the contentious 2007 elections. Kenyatta became the first head of state to be tried by ICC, but the charges were dropped due to insufficient evidence.

“These challenges are best addressed not by diminishing support for the court, but by strengthening it from within,” said U.N. Secretary-General Ban Ki-moon in a statement. “Deterring future atrocities, delivering justice for victims, and defending the rules of war across the globe are far too important priorities to risk a retreat from the age of accountability that we have worked so hard to build and solidify.”

In hopes of gaining more clout on the international stage, it would be advantageous for the ICC to appeal to non-members, such as the United States, Russia, and China. Without support from the mightiest of global contenders, the court remains a fledgling U.N. project that lacks the global support it needs to properly function. Considering that 57 additional members have signed the treaty since its creation, further recruitment is possible. Lastly, to restore trust among members, the court must demonstrate that it has clear standards and motivations in convicting war criminals outside of Africa.