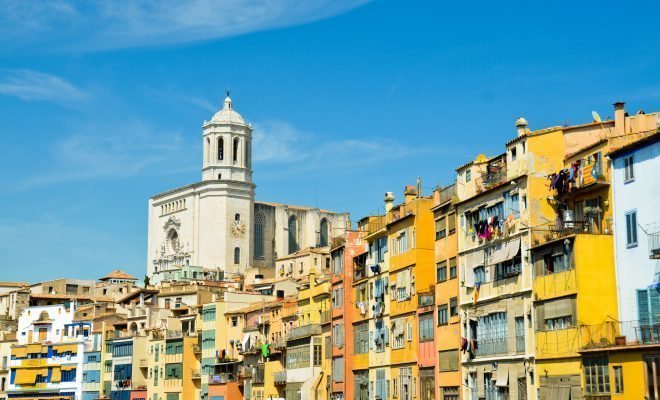 Independence for Catalonia: Will it Become a Reality?

Barcelona wants independence. The parliament of Catalonia, the region in which Barcelona lies, voted to secede from the Spanish government by 2017. But this may or may not happen. Spanish Prime Minister, Mariano Rajoy, has already publicly denounced the move and has plans to fight it. The region of Catalonia, especially Barcelona, is a prime destination for tourists visiting Spain. Although the news might come as a shock to outsiders, the seed of independence has been growing in the region for years. But why? And what are its chances of success?

On November 9, Catalans approved a plan to eventually withdraw from Spain. The two pro-succession parties won a majority of legislative seats in the Catalan parliament in a landmark win back in September, which paved the way for the recent parliament vote. The “Together for Yes” alliance won 62 seats in the 135 member parliament. In addition to the Together for Yes alliance, the pro-independence Popular Unity Candidacy Party (CUP) won another 10 seats, adding up to a majority. The local Catalan government is led by President Artur Mas of the Democratic Convergence for Catalonia Party, which is part of the alliance.

However, there is a slight caveat. A majority of seats doesn’t necessarily equate a majority of the popular vote. An odd Spanish election law grants a greater percentage of seats to rural areas with fewer voters. In other words, the two parties received just 48 percent of the vote, but a majority of the seats. Catalans who live in rural areas tend to favor separatism more than those in urban areas, but the vote gave more voice to rural Catalans. The leading candidate of the anti-independence Citizens Party, Ines Arrimadas, responded, “[Artur Mas] said the majority of Catalans were with him. Today the majority of Catalans turned their back on him and the only thing he must do is resign.”

“Together for Yes” and the CUP both favor separatism; however, they aren’t always in tune. For example, the CUP initially claimed it wouldn’t approve a succession plan unless the two parties cumulatively received more than 50 percent of the vote. The CUP also favor immediate withdrawal, in contrast to the current 18-month succession plan supported by the Together for Yes Parties. Back in September, the CUP’s leading parliamentary candidate, Antonio Banos, claimed that the CUP would not back Mas for president. However, differences were put aside (at least temporarily) to approve the current plan.

The plan for withdrawal was approved by the regional parliament of Catalonia with a vote of 72 to 63. But after the vote, Spanish Prime Minister Rajoy immediately claimed he would appeal the decision to the Constitutional Court and would join forces with the main opposition leader fighting against the cause. However, the plan instructs the regional government to not follow a contradicting court decision, calling for Catalonia to begin drafting a constitution within 30 days. The new constitution is to be voted on in a referendum in the future and the plan instructs the government to implement a new tax office and social security administration. Anti-secessionist branches of the Catalan parliament initially tried to block the vote, but the Constitutional Court ruled in favor of the vote a week before. Although the court supported the vote, it is still expected to swiftly deem the plan illegal.

Artur Mas’ third term is far from guaranteed. Most likely, the Catalan parliament will begin a debate over whether Mas should continue his reign as head of the region’s government. Mas only retains 62 of the required 68 votes needed to stay in his position. Obviously, the anti-independence parties are against him, as is the CUP. Mas has a history of conservative austerity policies. Either way, the regional parliament must form a government by January 9 or call for new elections.

The move toward Catalan separation will be a hot topic in Spain’s upcoming national election. Rajoy’s response to the issue may be a determining factor in whether his party, the People’s Party, will remain in power.

A Brief History of Catalonia

The Catalan people are extremely proud of their unique culture and identity. This is true for those that want to be an independent nation and for those that identify as Spaniards as well. Catalonia borders the Mediterranean Sea in the northeast of Spain and is separated from southern France by the Pyrenean mountains. Barcelona serves as the region’s capital.

Catalonia became a part of Spain when King Ferdinand of Aragon married Queen Isabella of Castille in the 15th century. Although Spanish culture seemed to be taking over the region, a resurgence of the Catalan identity emerged in the 19th century. This period saw the beginning of Catalonia’s campaign for political autonomy and at times, separatism. The movement was rewarded when Spain became a republic in 1931 and gave Catalonia its much-desired autonomy. Shortly afterward, Barcelona fell to General and dictator Francisco Franco, as did its autonomy. Franco heavily restricted the Catalan government, culture, and language.

The death of Franco in 1975 restored many freedoms to Catalonia, even though the bad blood has never quite been forgotten. Today, Catalonia has a “Generalitat” made up of its parliament and executive. The Catalan language is publicly used in education, government, and the media. Almost all Catalans are bilingual, speaking Spanish in addition to Catalan. As a region, Catalonia excels in manufacturing and technology. While it previously focused on textile production, its economy now centers on chemicals, food processing, and metalworking.

Why does Catalonia want independence?

Spanish Prime Minister Mariano Rajoy’s conservative People’s Party is the fourth largest in Catalonia and strongly opposes the Catalan independence movement. Artur Mas is the leader of the Convergència Democràtica de Catalunya (CDC). The CDC, along with the left wing Equerra Republicana de Catalunya Party, the conservative Christian Democrates de Catalunya Party, and the social-democratic Moviment d’Esquerres Party make up the Together for Yes coalition. Although the political leanings of these four groups vary widely, they all want Catalan independence.

Catalonia is widely considered the industrial hub of Spain. It also brings in a large amount of money from its tourism industry. All in all, it produces 18.8 percent of Spain’s economic output. Many natives feel that Catalonia gives more to Madrid in taxes than it receives in government investment. Spain’s economic crisis only exacerbated these sentiments. Lastly, Catalonia pride needs to be taken into account. Catalans are immensely proud of their traditions and culture including food, language, and football.

In November 2014, an unofficial vote took place in Catalonia asking if the region should be independent. Over two million people voted out of approximately 5.4 million eligible voters. Over 80 percent of the voters backed an official referendum on Catalan independence. The vote occurred despite strong opposition from the Spanish government.

On the ballot, there were two questions. First, if Catalonia should be a state and second, if that state should be independent. In total, 2,236,606 Catalan citizens took part in the vote. A little over 10 percent voted yes for the first question and no to the second. Approximately 4.5 percent voted no to both questions.

Spanish Justice Minister Rafael Catala declared the vote to be a “sham” and stated, “The government considers this to be a day of political propaganda organized by pro-independence forces and devoid of any kind of democratic validity.”

However, the unofficial vote was an important factor leading to the official vote on independence. It proved the strength and numbers behind the movement.

The Catalan independence movement was officially halted by Spain’s Constitutional Court shortly after the regional government’s vote as the court announced it would hear the Spanish government’s appeal. This is an official suspension pending the court’s ruling.

The government appeal was swift. Prime Minister Rajoy proclaimed, “This is an appeal against a resolution that aims to break up the unity of Spain.” He said, “this is about defending a whole country.” Spain’s economic crisis has resulted in the unemployment of one in five Spaniards. A major fear is that the loss of Catalonia will disrupt the country’s recovery.

The court’s ruling stated, “This is a warning to [Catalan leaders] that if they fail to comply with the suspension, they may commit disobedience.” However, as mentioned above, the Catalan government does not plan to adhere to the Constitutional Court’s ruling.

European leaders also warn that independence could result in an ejection from the European Union and the economic and security benefits that membership has to offer. However, leaders of the independence movement believe there may be ways to side-step such an ejection.

Tensions between Catalonia and Spain are increasing considerably and will likely continue as the dispute continues. Rajoy did not invite Mas to his meeting with Spanish political leaders concerning jihadist terrorism, although Catalonia has a relatively high level of jihadist activity relative to the rest of Spain.

As Catalonia’s attempt to secede from Spain mounts much remains to be seen. How will the Spanish Constitutional Court rule? How will the ruling realistically affect the endurance of the movement? The upcoming national election will be extremely telling in regards to the movement’s future. It will be a hot topic on candidates’ platforms and the country’s reaction as a whole will be insightful.

Another question to keep in mind is will the anti-independence Catalan citizens make a stand? There are many people convinced that the independence-seeking citizens in Catalonia may not even constitute a majority. Regardless, the world is watching.

The Telegraph: Why does Catalonia Want Independence from Spain?

Jessica McLaughlin
Jessica McLaughlin is a graduate of the University of Maryland with a degree in English Literature and Spanish. She works in the publishing industry and recently moved back to the DC area after living in NYC. Contact Jessica at staff@LawStreetMedia.com.
Share:
Related ItemsCatalan IndependenceCataloniaEuropean UnionSpain