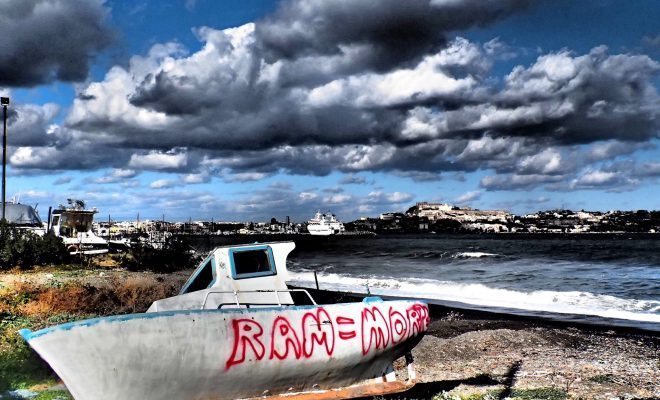 Like the United States, many European nations increasingly face an illegal immigration problem. As the sinking of a boat carrying migrants last week showed, this problem is also very deadly. But what is inspiring these migrants to risk everything and head for Europe? Read on to learn about the immigrants coming into Europe, the groups facilitating that process, and the issues with which Europe needs to contend in light of the influx of illegal immigration.

The Sinking and Legacy

On April 19, 2015, a boat on its way to Italy carrying illegal immigrants from places as far and wide as Eritrea and Bangladesh, capsized off the coast of Libya. The overcrowded boat overturned after ramming a Portuguese cargo ship, the King Jacob. A full count of the deceased is still unknown.

While the recent wreck was a tragedy, it certainly was not the first and likely not the last boat filled with illegal migrants headed for Europe to sink. In fact, such incidents have happened frequently and speak to a much larger trend. In 2014 for example, as many as 218,000 migrants were estimated to have crossed the Mediterranean from Africa to Europe. This year, 35,000 have already been suspected of crossing from Northern Africa into Europe.

Those who have made the crossing must be considered the lucky ones. Attempted crossings lead to a substantial number of deaths at sea. Last year 3,500 people were believed to have perished during the attempted crossing. That number sits at around 1,600 this year, with the most recent sinking taken into account. Unfortunately these numbers are only likely to increase. Prior to this incident, since October 2013, there have been at least four other occurrences in which a boat carrying migrants had sunk while carrying at least 300 people.

These trips tend to be organized by human traffickers. The traffickers are predominantly Libyan bandits, militia, and tribesmen. There are two main routes these smugglers take to get their human cargo through Africa and into Europe. The eastern route stretches as far as Somalia, while the western one reaches Senegal. Regardless of the routes’ starting points, migrants are funneled to Libya where they are then launched from either Benghazi or Tripoli in overcrowded and rickety boats toward the coast of Italy.

Unfortunately, traffickers’ tactics have recently began to change, making them even more nefarious and hard to prevent. Many traffickers have begun abandoning their ships en route to Europe–literally leaving the ships without steering of any kind. The smugglers obtain a large cargo ship, then during the trip advise their migrant-manned crews to call for help while they abandon the ship. The reason why the smugglers do this is two fold: First they are paid up front so it does not matter to them whether these migrants actually make it to Europe or not; secondly, by abandoning the boat they reduce their own chances of being arrested and can then smuggle more people and further profit. This practice has extended the smuggling season from spring and summer to all year round, but has made the crossing even more dangerous.

The industry has become especially appealing for traffickers in the last few years as traditional sources of income have disappeared as a result of government upheaval. Additionally, those doing the actual trafficking in many cases are would-be migrants themselves, which makes stopping the practice extremely difficult. The video below briefly explains the harrowing journey from Libya to Europe and all its difficulties.

Why do migrants cross the Mediterranean?

With all these dangers in mind, why do migrants risk crossing the Mediterranean? The answer varies for each individual, yet some reoccurring themes present themselves. Many of these themes are similar to the reasons why people attempt to migrate to the United States. First, many of the migrants are escaping danger back home. This ranges from country to country as well–for example, there has been an increase in migrants from Syria due to the civil war in that country.

Along with danger, another major impetus is economic. Most of the migrants attempting the journey are young men looking for opportunities. The goals of these men naturally vary, but often the promise of success and the ability to send earnings back to their families is a common desire.

While migration to Europe has become popular, it was not always the top destination for migrants. In the past, migrants had also attempted to go to places such as Israel and Saudi Arabia; however, with Israel increasing security and with Saudi Arabia engaged in a military conflict in Yemen, these routes have dried up. Whichever route the migrants take, they risk abuse ranging from robbery to rape and murder. In response to these dangers and the increasing deterioration of Libya, some migrants have tried crossing through Morocco instead, a much more difficult route.

When migrants successfully make the journey to Europe, the onus shifts from their handlers to European authorities. Since many migrants arrive in Europe without identification of any kind, it can make it much more difficult to send them back. This, in effect, makes migrants asylum seekers who are then held in refugee camps. Once in these camps, migrants may continue onward in Europe where travel restrictions have been reduced as part of the open-border aspect of the European Union.

Migrants are sometimes also allowed to move throughout Europe due simply to the cost of supporting them. Italy, the destination for many migrants, was spending as much as $12 million dollars a month on its search and rescue efforts in the Mediterranean. Another popular hub, Greece, spent $63 million in 2013 fighting illegal immigration. The problem both these countries, and other southern-European countries, face is that while they are part of the EU, the costs of their efforts have been almost entirely their own burdens to bear. These costs can be especially painful, considering the same countries that serve as these initial destinations for migrants are the ones also currently dealing with recessions. The video below highlights the issues each country in the EU deals with in regards to immigration.

The reason why countries such as Italy and Greece are footing the majority of these bills is due to their immigration laws. According to something referred to as the Dublin Regulation, a migrant must be processed as an asylum seeker upon entering a country. Once the person has been processed in that country, they become the responsibility of that particular nation. The following video shows the strategic routes immigrants take into Europe and reiterates how asylum status is achieved.

The design of this system naturally leads to problems, chief among which are accusations by richer northern-European countries that their southern neighbors are letting migrants pass north in an effort to reduce costs for themselves. In response to these allegations and as a result of bearing what it perceives to be an unfair burden, Italy cancelled its search and rescue mission last year. In its place the EU created the Triton Mission, a program similar to Italy’s, which focuses on rescuing migrants. Moreover, as part of a proposed ten-point plan in response to the most recent ship sinking, the mission is slated to increase in size. Another aspect of that plan is a program that is supposed to be implemented to return refugees to their countries. Nonetheless, even if the EU goes forward with its goal to expand the Triton mission, it will still be smaller than the one Italy disbanded last year.

Despite being described by several sources as modern day slavery, the practice of illegally ferrying immigrants from Africa and elsewhere to Europe is unlikely to stop or even slow down any time soon. This is the result of many things that are not likely to change in the immediate future, such as relatively high standards of living in the EU, crisis in the Middle East and Africa, EU laws regarding migrants, and the lucrative trafficking operations. But if Europe wants to fix its broken immigration system and prevent future tragedies on the scale of last week’s ship sinking it must do more than simply increase patrols.

Michael Sliwinski
Michael Sliwinski (@MoneyMike4289) is a 2011 graduate of Ohio University in Athens with a Bachelor’s in History, as well as a 2014 graduate of the University of Georgia with a Master’s in International Policy. In his free time he enjoys writing, reading, and outdoor activites, particularly basketball. Contact Michael at staff@LawStreetMedia.com.
Share:
Related ItemsBenghaziBoat CrashBoat TragedyEUEuropean MigrantsEuropean UnionGreeceIllegal ImmigrationItalyLibyaSpainTripoli