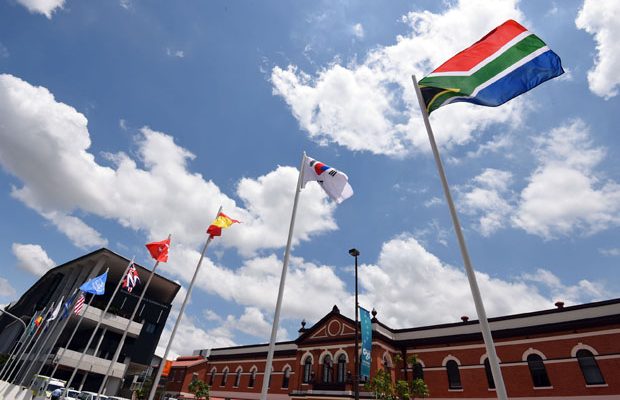 The 2016 G20 Summit ended on September 5, however, it didn’t come to a conclusion on all of its topics of discussion. Issues that remained unresolved after the meeting include the Syrian crisis, Russian involvement in Ukraine (and Syria), the fallout from Brexit, North Korea’s missile tests, and even whether President Obama using a smaller staircase to descend from Air Force One amounts to a slight by the Chinese. While these summits are often touted as important events for economic and diplomatic cooperation, it’s worth asking what purpose they serve when so many issues consistently remain unresolved.

What are they for, why do the size of the summits change, how does a country get an invite, and is anything discussed at them actually lasting? Read on to find out about all these questions and more about the G-summits.

The 2016 G20 summit was held in Hangzhou, China. As China was the host it took center stage, touting its economic plan focusing on its new Silk Road initiative and the Asian Investment Infrastructure Bank. China also made an effort to include a record number of countries in order to bolster its mission to achieve development and inclusion, something dubbed the “Hangzhou Consensus.”

Perhaps the most notable development, though, was the Chinese and U.S. joint ratification of the Paris climate change, which happened just before the summit began. Nevertheless, the criticism of this meeting, like many past summits, was the quantity of promises exceeding that of concrete commitments.

The 2016 meeting was the most recent G20 summit but it was by no means the first. The inaugural event happened in 1999 as a meeting among finance ministers in countries with large economies. Since then, regular meetings have become an important aspect of economic cooperation. As the name implies it includes 20 members of the international community–Argentina, Australia, Brazil, Canada, China, France, Germany, India, Indonesia, Italy, Japan, Mexico, Republic of Korea, Russia, Saudi Arabia, South Africa, Turkey, the United Kingdom, the United States, and the European Union. Along with these nations and regional blocs, several non-state actors attend the G20 including the United Nations, the International Monetary Fund, the World Bank, the World Trade Organization, the Financial Stability Board, the International Labor Organization, the Organization for Economic Cooperation and Development (OECD).

The G7 was the first of these international summits, starting back in 1975. (The first meeting was actually only attended by six of the countries, as Canada did not attend until 1976. For this reason, some refer to the initial summit as the G6).

The G7 originated when seven countries, including the United States, joined together to address the oil embargo in 1973 that had been triggered by Western support for Israel in the Yom Kippur War. G7 is short for the Group of Seven Industrialized Nations and it included the United States, United Kingdom, Germany, France, Italy, Japan, and Canada. Since 1991, Russia regularly met with countries at the G7 summit and in 1998, it was added to form the G8.

The following video looks at the emergence of these summits and their purpose:

While the exact reason for the addition of the G20 in 1999 was not explicitly spelled out, the increasing economic significance of developing countries made them desirable partners for the international summits. Even with this addition, though, some feel that G8 members still wield greater power in the G20 than the other members. Regardless of that specific sentiment, even when the organization was just seven members, other countries in the developing world were invited to participate and exerted some influence. Russia, in particular, participated before becoming a member and even joined in on some of the dialogue since 1991. Even after the expansion to the G20, the original G8 members still meet at a separate event. The site where the meeting will be hosted is rotated between the eight member countries. The video below gives a brief explanation of the G8 and G20:

The video below gives a brief explanation of the G8 and G20:

Initially, the G20 summit, and the G8 before it, was a place for finance ministers and central bank governors to discuss economic matters, including international financial and monetary policies, international institutions, and world economic development. However, that role changed following the 2008 financial crisis when the first Leaders Summit was held in Washington, D.C. At the next summit, in 2009 in Pittsburgh, Pennsylvania, world leaders announced that the new G20 would overtake the G8 as the primary means of international economic cooperation.

Ultimately, no decisions made in the meetings are binding. The main goal of the meetings is to serve as an open forum for communication. Thus, it is not surprising that even after the meetings end, follow-up discussion continues. This is done through sherpas–representatives of the officials who attend the actual meetings. These people keep in regular communication concerning the decisions made at the most recent meeting. Ministerial meetings also occur throughout the year, which include finance ministers from member nations.

Like other international events involving economic policy, the G8 and G20 have their detractors. The first protesters at a G8 Summit appeared in 1998 to denounce globalization. The dispute eventually turned deadly three years later when a protester was killed during a clash. The G20 has also been the site of protests virtually every year since its inception. This has been increasingly true following the financial crisis, as the leaders who met annually were viewed as the personification of a problem that led to global calamity.

Aside from protests surrounding the meetings, there has also been dissent within. In 2014, the original G7 members declined to attend that year’s G8 meeting in Russia to protest Russia’s actions in Ukraine. Instead, the member countries held their own G7 conference in Brussels. Since then, Russia has been expelled from the group and the G8 has returned to the original G7 group.

For all the media exposure that these summits generate, the actual impact of the G7/G8 and G20 is up for debate. For its part, the G20 is not actually an organization but a network that brings various organizations together. However, this has not stopped it from competing with other organizations, on purpose or not, such as the IMF and World Bank. Still, the G20 relies on those organizations and others to actually address the issues identified and outlined at the meetings.

The G20’s biggest impact has been through its broadened membership. Specifically, it now includes countries such as China, India, and Brazil, all of which have large economies. The hope behind this move was that the additional countries would speak for themselves of course, but also for other countries facing similar issues. Due to the informality of these events, however, some argue that this hope has not yet been realized. For many of these countries, with this being their first time on the world stage, they are merely learning the basics.

The G8 is also a rather informal affair and, in fact, has maintained that arrangement on purpose. In 1998 for example, Britain stopped sending its finance minister as a way to separate the G8 from the traditional ministerial meetings. The concept was further decentralized and ministers began having separate events throughout the year. The impact of both the G8 and G20 is not necessarily in the results that they generate but the opportunities they present for collaboration and communication.

The G8 and G20 serve as important forums where the world’s most powerful countries can meet to discuss pressing economic issues that affect the entire planet. The process started as many of the leading organization today have, with a western focus. However, with the introduction of the G20, in which many more voices are heard, that focus has decidedly broadened.

Even after the addition of the G20, it is still unclear what these summits do and if they are even useful. Similar to criticisms of other international institutions, such as the United Nations, these summits have been viewed as generating lots of ideas while offering fewer actual benefits. Additionally, these summits have been met with significant backlash, as evidenced by the mass protests that follow them around, year after year, from country to country. This unpopularity has only increased following the 2008 financial crisis.

While these criticisms may have merit, they also lack nuance. The G8 and G20 were specifically designed to be forums, not supranational deciding bodies. As unpopular as they are now, it is easy to imagine how much more so they would be if they actually made policy. For an example, look at the E.U. and the way that many of its member states have taken issue with its top-down style of rule-making. Instead, they are a place for leaders and ministers to gather and discuss. Sometimes they can be used as political tools, but they can also offer a chance at dialogue that otherwise does not exist. Thus, the meetings are likely to continue because at the very least they offer prestige to the host (see China in 2016) and at best, they create the international community leaders need to address problems.

Time: 7 Things You Might Have Missed at China’s G20 Summit

DifferenceBetween.net: Difference Between G8 and G20

University of Toronto Library: What are the G7 and G8?

Global Brief: The G20 and the Developing World

The Guardian: China’s G20 summit was big on show but short on substance