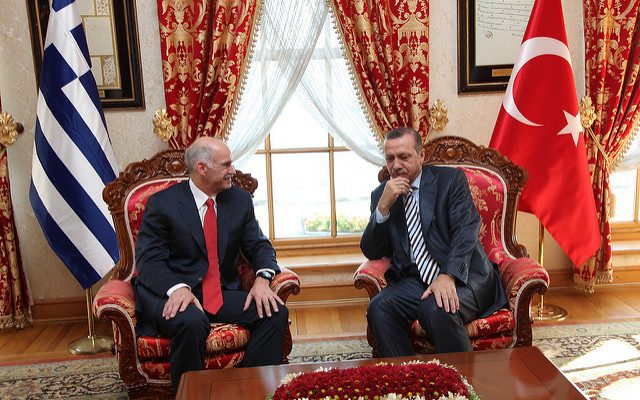 The skirmish broke out this May after Erdogan and his security detail met with President Donald Trump at the White House on May 16. Court documents reveal the demonstration was peaceful until a group of “radicalized protesters began taunting the peaceful protesters,” according to the Washington Post.

When Erdogan’s group arrived at the property, Turkish security provoked the demonstrators and a violent outburst broke out that entangled demonstrators from both sides, Turkish security, and American law enforcement. Eleven people were injured and nine were hospitalized, as Erdogan watched from his Mercedes-Benz.

Police in Washington D.C. have been investigating the incident alongside the State Department and Secret Service.

These charges levied against Turkish security officials are the first steps since the attack a month ago. Since the incident, American authorities have been frustrated privately and publicly regarding what they perceived as a foreign government’s attack on American free speech, according to the New York Times.

The State Department responded by saying “violence is never an appropriate response to free speech” and that officials are “communicating our concern with the Turkish government in the strongest possible terms.”

Just last week the House of Representatives passed a bill condemning the violence and asking for punishment.

While America views free speech and protest as an integral part of its democracy, the same cannot be said for Turkey. After a failed military coup last year, Erdogan’s government has pursued enemies and detractors of his regime. Nearly 200,000 people have been arrested, dismissed, or suspended from their jobs, according to the Washington Post. While the United States ranks 43rd in the World Press Freedom rankings, Turkey is ranked 155th.

One issue is that Erdogan and his team returned to Turkey just hours after the skirmish and it is unlikely that the country would extradite its people to face charges. If they ever return to the United States, however, they risk being arrested, according to the New York Times.

With that in mind, the State Department added that it would consider additional action “as appropriate under relevant laws and regulations.”

Another issue the outburst created was how it would impact diplomatic relations between the nations. It has already halted the progress of a $1.2 million arms sale to Turkey, according to the New York Times.

The incident has certainly raised tensions with Turkey, and American officials may continue to be disappointed with their attacks on protesters. Now it remains to be seen how Turkey, and Erdogan, will respond to the charges from law enforcement.

Josh Schmidt
Josh Schmidt is an editorial intern and is a native of the Washington D.C Metropolitan area. He is working towards a degree in multi-platform journalism with a minor in history at nearby University of Maryland. Contact Josh at staff@LawStreetMedia.com.
Share:
Related ItemsCriminal Law NewsDiplomacyDonald TrumpFree SpeechInternational DiplomacyProtestTurkeyUnited StatesViolence