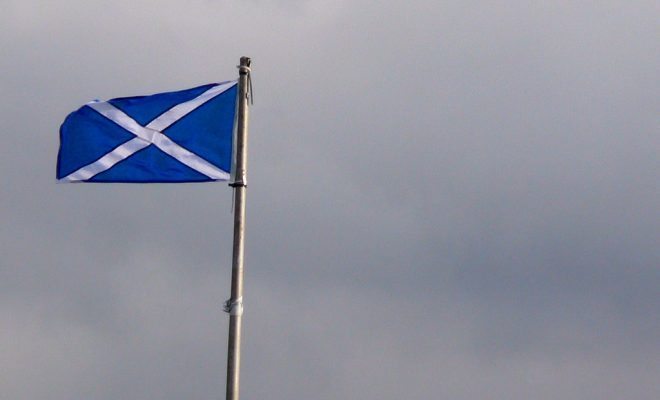 Scottish Sovereignty: All the Facts on the Referendum

On September 18, 2014 Scotland will vote on a referendum as to whether the country will become independent of the United Kingdom. This will not be the first time Scotland has sought sovereignty from the United Kingdom in recent history. In 1979, a referendum for a Scottish devolution was put to a vote, but no change occurred because it failed to receive a majority ‘Yes’ of over 40 percent from the electorate. So, the question left is what is the difference now? Here is everything you need to know about the Scottish Referendum, players involved, and the impacts of the vote.

Who are the organizations involved?

‘Yes Scotland’ is the organization representing the individuals and parties in support of an independent Scotland. Led by Chief Executive Blair Jenkins, the organization is backed by the Scottish National Party, the Scottish Socialist Party, and the Scottish Green Party. As of June 2014, ‘Yes Scotland’ has raised £4.5 million in donations. EuroMillions winners Chris and Colin Weir are their biggest donors, having given £3.5 million since the campaign was launched in May 2012.

They are met in opposition by the ‘Better Together’ campaign, headed by British Labour Party politician Alistair Darling. The Conservative Party, Liberal Democrats, and the Labour Party are supporting the campaign. In addition to writing a 1,600-word essay explaining her anti-independence views, author of the beloved “Harry Potter” series J.K. Rowling donated over £1 million to the Better Together campaign. To date, Rowling has contributed the biggest sum to ‘Better Together’ from a single donor, followed by business man Ian Taylor.

Who is able to vote?

The Scottish National Party has extended voting rights to registered 16 and 17 year olds for the referendum in an effort to gather more support for independence.

Could an Independent Scotland join the European Union?

What would a ‘Yes’ vote mean for the rest of the United Kingdom?

An independent Scotland intends to retain the close ties currently with the United Kingdom. The Queen will remain the head of state, and the currency would still be the pound. However, MPs will no longer be sent to Westminster since independence would end the parliamentary union currently in place.

Although recent polls have support for Welsh independence hovering around 10 percent, leader of Plaid Cymru (equivalent to the Scottish National Party), Leanne Wood, believes the Scottish referendum may be a turning point. It is not unimaginable that if independence is achieved and proves to be successful, then the people of Wales may follow suit.

Before the referendum occurs, the United Kingdom is receiving funding from Scotland to pay for the armed forces and embassies. If a ‘yes’ vote is reached Scotland would no longer pay into those services as they would use that money for a Scottish equivalent. Money will be saved in defense since Scotland would no longer be supplying funds for the United Kingdom’s nuclear weapons.

Sport Minister Shona Robison states that if Scotland is to be its own nation by the 2016 Olympic games, it will be able to compete in Brazil.

Arguments for a ‘Yes’ Vote

An issue on the forefront of both campaign agendas is agriculture. Scottish territory is covered in 80 percent agricultural land, but the mountainous terrain, harsh climate, and poor soils limit land use. The Common Agricultural Policy pays all countries that are members of the European Union to help subsidize farmers. Agreed upon at recent negotiations, nations with productivity less than 90 percent of the European Union average collect additional money for their funding. The United Kingdom divided the money between England, Scotland, Wales, and Northern Irelands, which the Scottish government did not find fair. They believe that Scotland is the reason the United Kingdom received the funding and therefore, deserves a bigger portion of the cut.

Supporters of independence argue that Scotland would qualify for higher subsidies if it were separate from the rest of the United Kingdom. They cite Ireland as an example of a country receiving more of the funds while having a smaller agricultural sector. Also, if Scotland were an independent member of the European Union they would have a more influential voice at negotiations.

Scotland also looks towards Ireland in reference to defense spending. The Royal United Service Institute predicts that Scotland would be able to create a defense force similar in strength and size to those in Ireland, Norway, and Denmark. The estimated cost is £1.8 billion per year, compared to the £3.3 billion Scottish taxpayers paid to the United Kingdom during the 2010 – 2011 fiscal year.

Advocates for independence declare that Scotland’s economy is not thriving as much as it could because it has followed the same policies as the rest of the United Kingdom. The Scottish government states that, “If Scotland had matched the levels of growth of other independent nations […] GDP per head in Scotland would now be 3.8 percent higher, equivalent to an addition to £900 per head.”

In 2013, there were only 59 Scottish Members of Parliament (MPs) in the House of Commons with a total of 650 MPs and 785 Lords. Voters in Scotland only elected four percent of the United Kingdom Parliament; the politicians who are in control over defense, welfare, and economic decisions.

Members of the House of Lords are nominated by a committee instead of being elected by the people. The Scottish National Party believes that MPs should be elected and not appointed; therefore, they do not nominate members. Parliament member Angus MacNeil said, “A ‘yes’ vote for independence means that people in Scotland can get rid of the expensive and unrepresentative Westminster tier – which means better and cheaper government.”

The core of the Yes Campaign and those who support it is that the people who live and work in Scotland should have the right to make the choices for their own country.

Arguments for a ‘No’ Vote

Members of the opposition are concerned what independence would do to research and development sector. Currently, “Scotland receives a total of £130 million from UK based charities, £100 million from UK central government and £47 million of funding allocated to UK universities by UK industry, commerce and public corporations.” Through the UK Research Councils, Scotland also received £234 million to go towards funding research in pioneering new technologies. It is speculated that a split from the United Kingdom would end funding that universities in Scotland are currently receiving. This would greatly damage its universities and the advances in technologies found at them.

It is clear that both those in support and opposition of the referendum are acting in what they believe to be in the best interest of Scotland, and in some instances the United Kingdom. On September 18, if a majority vote of ‘yes’ is reached, it would propel Scotland into a uncharted territory and new era.

New Statesman: Can Plaid Cymru Learn From the SNP and Put Welsh Independence on the Agenda?

BBC: Scottish Independence: Students Could be ‘Squeezed Out’ of Home Universities

BBC: Scottish Independence: Who Are The Big and Small Money Referendum Donors?

Alex Hill
Alex Hill studied at Virginia Tech majoring in English and Political Science. A native of the Washington, D.C. area, she blames her incessant need to debate and write about politics on her proximity to the nation’s capital.
Share:
Related ItemsBetter Together campaignElectionsEUIndependenceIssuesScotlandScottish National PartyScottish ReferendumUnited KingdomYes Scotland