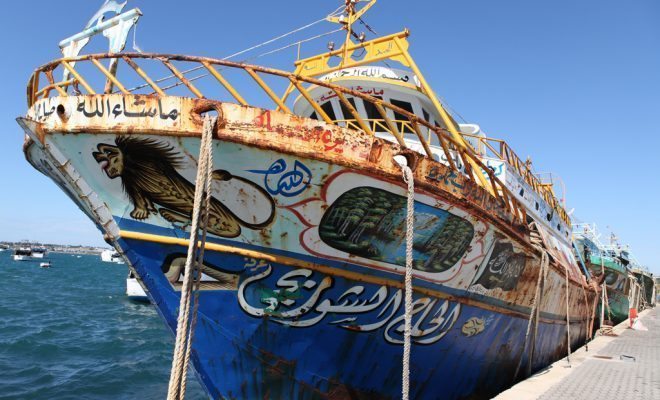 The Migrant Crisis Continues: What’s Going on in Europe?

The European migrant crisis isn’t going away anytime soon. Although it has only recently become a hot topic, the number of migrants passing into Europe has been on the rise for the past five years. After a storm of tragedies this summer, the EU’s immigration problem has become an important issue for Europe and even the United States. Unfortunately, it has been a season of all questions and few answers. But recently, European leaders have shown some willingness to address the issue.

On August 28, the bodies of 71 smuggled migrants were found in the back of an abandoned truck near Vienna, Austria. The victims included 59 men, eight women, and four children. This incident led to a strong backlash against human traffickers. Austria’s interior minister, Johanna Mikl-Leitner, released a statement saying, “This tragedy is a concern for us all. Smugglers are criminals. They have no interest in the welfare of refugees. Only profit.” Around the same time, a fishing boat and smaller boat sank off the coast of Libya, claiming the lives of approximately 150 migrants.

On September 2, the lifeless body of 3-year-old Aylan Kurdi was found by a Turkish policeman on the shore of Bodrum, Turkey. The Dogan News Agency captured the scene. An image of the Kurdish toddler face down in the sand instantly went viral– resonating with people around the world. Aylan Kurdi’s body was found after boats sank off the coast of the Greek Island of Kos. His five-year-old brother and mother were also among the dead. Teema Kurdi, his aunt, applied to sponsor the family’s entry to Canada, but was denied due to missing documents.

On the same day, September 2, migrants trying to cross from Greece to Macedonia clashed with police at the border. The police, permitting groups of 50 people at a time, inadvertently separated loved ones. In a panic, migrants rushed the border resulting in a scene of chaos. The confrontation is only the latest of several clashes at the Greece-Macedonia border.

Where are the Refugees and Migrants Coming From?

So far, 2,800 people have died in the Mediterranean this year while attempting to make it to Europe. Why are so many people putting their lives at such risk?

Syria has, by far, the largest dispersed population trying to find shelter in EU countries. As many as 4.1 million Syrians have fled the country since the start of its civil war in 2011 and another 7.6 million are displaced, but remain within the country’s borders. Syrians account for a little over half of the 381,000 migrants and refugees that made it to Europe this year. The EU had an estimated 210,000 asylum applications from Syrian nationals between July 2014 and July 2015.

Large areas of Syria are under the control of the Islamic State, which has further displaced a large portion of Syrians. The overwhelming amount of violence and instability in the country has caused hundreds of thousands of Syrians to leave their homes. ISIS controls several large cities in both Syria and Iraq, including Raqqa, Fallujah, Ramadi, and Mosul.

The two other countries from the Middle East that contribute to the migrant crisis are Afghanistan and Iraq, both of which are undergoing violent conflict. According to the latest figures, 32,581 Afghans traveled to the European Union through the East Mediterranean and 29,245 Afghans traveled through the West Balkans in 2015. Even though Iraqis only account for four percent of the influx of immigrants into the EU, the number is on the rise.

A large portion of the migrants leaving Africa come from Eritrea, where the oppressive rule by President Isaias Afwerki has caused hundreds of thousands of Eritreans to leave their homes. A recent report from the UN Commission of Inquiry on Human Rights in Eritrea found that an estimated 5,000 Eritreans leave the country each month.

Most other African immigrants come from Somalia as well as several countries on the west coast–including Nigeria, Gambia, and Senegal. In 2014, 80 percent of African immigrants choose Libya as a gateway to the EU. The road is extremely dangerous–filled with kidnappers, corrupt smugglers, and inadequate transportation. Some boats aren’t even designed to make it all the way to their destinations but embark hoping that a merchant ship, fishing boat, or Coast Guard from an EU country will find them.

Migrants must first make the perilous journey to the EU, but then what happens when they arrive at its door? Upon arrival, migrants cannot simply walk in; they must go through a legal process before entering.

According the 1951 UN Refugee Convention, a refugee is a person, “owing to a well-founded fear of being persecuted for reasons of race, religion, nationality, membership of a particular social group or political opinion, is outside the country of his nationality, and is unable to, or owing to such fear, is unwilling to avail himself of the protection of that country.” For example, Syrians and Eritreans can most easily make the case for refugee status due to, respectively, the Syrian civil war and the Afwerki regime.

Refugee status is vital. Under this protection, a person can apply for political asylum or protected status according to the 1951 Refugee Convention. Even more importantly, once someone reaches Europe and is granted refugee status, he or she cannot be forced back to his or her original country. This is a pivotal point in international law.

The term migrant is more inclusive and is applied to anyone traveling to another country for any other reason than escaping political persecution and war. Migrants often seek better opportunities by leaving impoverished countries, but they aren’t offered the same protection as refugees. Governments are legally allowed to deport migrants without legal papers.

The influx of people arriving in Europe today are mostly refugees, but not all. Both refugees and migrants take the same dangerous routes, often at the hands of human traffickers.

Where are the Migrants and Refugees Going?

Among all EU countries, Germany has seen the highest number of asylum applications. This year, between January and June, Germany had 154,000 migrants seeking asylum, more than twice the number during the same period last year. The other countries receiving a relatively high number of asylum applications are France, Sweden, Turkey, Italy, and Hungary.

The situation has caused significant problems for many EU countries. According to the New York Times, there have been over 200 direct attacks on migrants in Germany this year. Violence from locals in Italy forced police to evacuate refugees and migrants at its reception centers. Hungary built an 110-mile razor-wire fence along its border with Serbia to keep refugees and migrants out. Hungary also shut down a major train station in Budapest, stopping asylum seekers trying to travel to Germany and Austria.

Greece, which is going through its own financial crisis, is struggling to provide assistance in its overwhelmed reception centers. Macedonia was forced to declare a state of emergency on August 20 in order to try and stabilize its border regions.

Jordan, Lebanon, and Turkey feel the strain on their resources more than most as neighboring countries of Syria. Jordan currently hosts more than 630,000 Syrian refugees, in addition to others from Palestine and Iraq. The unemployment in Jordan has increased sharply and locals fear future consequences of more refugees. Lebanon is in the middle of its own political crisis and now has one refugee for every four people. Although Turkey has the strongest economy in the region, the massive influx of refugees is beginning to deplete available resources. Together, the three countries host more than four million Syrians.

According to the European Union’s Dublin regulation, the first country that a migrant steps foot on must take responsibility for him or her. Naturally, southern countries, like Italy, claim they suffer the worst of the burden; however, Germany, France, and Britain claim most of the migrants continue to their lands.

Many migrants avoid staying in the first country of entry, seeking a secondary country deeper in Europe in violation of the Dublin regulation. This creates a challenge for the European Union because once a person is inside the EU, they can freely travel between member-states in the Schengen zone. This area consists of 26 EU countries that have eliminated border controls.

Previous attempts at solving the crisis have been relatively fruitless. In June, EU leaders shot down the first quota system initiative in favor of having countries voluntarily accept refugees and migrants. The initial summit, held in Brussels, dedicated more time to trying to stop illegal migration, rather than determining the best way to handle the influx of asylum seekers. By July, the EU announced it had fallen short of its voluntary distribution goals by 8,000 people, and the numbers have only increased. Additionally, some blame popular nationalist and anti-immigration platforms, which are increasingly gaining traction in the EU, for various countries’ unwillingness to provide aid.

However, European Union leaders are currently working on a new plan to more equitably distribute migrants throughout the region. Each EU country will be designated a certain number of refugees to host based on a 160,000 total. Greece, Hungary, and Italy will be exempt from the system since each country already hosts so many refugees. Britain, Ireland, and Demark are also exempt from European asylum policies based on the 2009 Lisbon Treaty. Several countries, most notably Germany, have independently announced that they will increase the number of migrants that they will accept. While these announcements are a step in the right direction, most leaders acknowledge that an EU-wide system is necessary to appropriately deal with the issue.

Up until September, the U.S. has been silent on the resettlement issue. Although the U.S. has been a leader in providing financial aid to Syria, it has only taken in 1,500 Syrians since the start of the war. President Obama recently made headlines by pledging to house 10,000 Syrians in the upcoming fiscal year, beginning in October.

Clearly, the EU needs a united, comprehensive plan; the situation cannot remain as it is. Countries like Turkey and Italy will soon burn out their resources completely. Helping refugees isn’t any one country’s responsibility, but the responsibility of the world. The ongoing summit will be crucial in deciding the fate of so many. And it is high time the United States got involved. America is a global leader in humanitarian assistance and needs to contribute its fair share. The welcoming of 10,000 refugees is an important step.

United Nations: Text of the 1951 Convention Relating to the Status of Refugees

NPR: The Migrant Crisis, By The Numbers

The Economist: Everything You Want to Know about Migration Across the Mediterranean

BBC: Why is EU Struggling With Migrants and Asylum?

Brookings: Why 100,000s of Syrian Refugees are Fleeing to Europe

The Guardian: Hungarian Police Arrest Driver of Lorry that had 71 Dead Migrants Inside

The New York Times: About 150 Migrants Feared Dead After Boats Sink Off Libya

The New York Times: Migrant or Refugee? There Is a Difference, With Legal Implications

The New York Times: Which Countries Are Under the Most
Strain in the European Migration Crisis?

The Washington Post: Iraqis join an intensifying flow of refugees to Europe from Turkey

Editor’s Note: This post has been updated to correct the location of cities controlled by the Islamic State as well as the location of African countries where migrants have fled.

Jessica McLaughlin
Jessica McLaughlin is a graduate of the University of Maryland with a degree in English Literature and Spanish. She works in the publishing industry and recently moved back to the DC area after living in NYC. Contact Jessica at staff@LawStreetMedia.com.
Share:
Related ItemsEuropeEuropean UnionMigrant CrisisMigrantsRefugeeSyrian Civil War