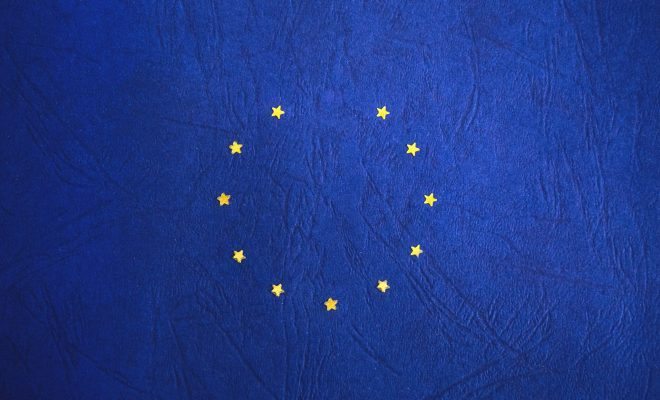 Breaking Down Brexit: What the U.K.’s Decision Means for Itself and the World

On June 23, the United Kingdom held its long-awaited vote on whether or not to stay in the European Union. In a somewhat surprising development, 30 million people across the U.K. voted to leave the European Union. In the end, Leave voters won with 52 percent of the vote while Remain had 48 percent, in an election with the nation’s highest voter turnout since 1992.

While the debate over whether to leave the Union generated acrimony between the two sides involved, it also held the potential to leave a much larger impact on the world at large. Read on to find out more about the United Kingdom’s exit from the European Union, nicknamed Brexit, the immediate impact on the nation and the possible regional and global ramifications that may still play out.

The United Kingdom and the European Union

The European Union has its origins in the European Coal and Steel Community, an agreement made between six countries, notably including France and Germany, following World War II in an effort to prevent future wars. The agreement quickly evolved into the European Economic Community in 1957, furthering ideas such as free trade and free movement, which serve as the basis of the EU today.

Britain at first was hesitant to join, seeing itself as above the Union and on par with the great post-war powers such as the United States and the Soviet Union. However, following sluggish economic growth in the 1960s, Britain eventually reached out about joining. Britain finally joined in 1973 but in 1975, almost immediately after joining, the country actually had its first referendum on whether or not to stay in the union. In that case, the Remain vote was overwhelming.

Despite the positive referendum results, Britain’s two major political parties, Conservative and Labour, took turns decrying the EU and suggesting an exit during the 1970s and 1980s. Ultimately, though, the nation remained with some caveats, such as not buying into the union’s single currency. Support for the union increased and remained steady within British ruling politics throughout the 1990s and early 2000s. Things began to turn on their irrevocable course beginning in 2005 when David Cameron assumed leadership of the Conservative Party.

Cameron had incorporated Euro-skeptics into his winning coalition and thus had to agree to policies that began distancing Britain from the EU. That move was combined with the rise of anti-immigration sentiment, anti-EU parties, and the EU’s own economic decline following the Great Recession. As part of his most recent election victory in 2015, Cameron promised a referendum on Britain’s EU membership, which ultimately led to Brexit.

Clearly, the Brexit vote was a long time in the making as Britain seemingly always had one foot out the door. The argument took two sides. Those who opposed exiting the EU believed that Britain, as a small island, needed to be part of a larger unit to continue to enjoy economic success and to remain secure. Conversely, those campaigning against the EU decried the perceived growing overreach from Brussels (where EU institutions are located), which they contend threatens Britain’s very sovereignty.

The Remain camp was led by then Prime Minister David Cameron, who essentially staked his reputation and political career on voters deciding to remain in the European Union. Within the U.K., Cameron was supported by most of his own Conservative Party, the opposing Labour Party, the Liberal Democrats, and the Scottish National Party. Globally his coalition was strengthened by notable world leaders including German Chancellor Angela Merkel, Chinese President Xi Jinping, and President Barack Obama. Most major businesses and prominent economists also supported staying in the union.

The opposition was headed by the United Kingdom Independence Party (UKIP) then led by Nigel Farage. Supporting him were other members of Cameron’s own party including, Boris Johnson and Michael Gove. Those in favor of exiting the European Union were also endorsed by far-right parties across Europe including in France, Germany, and the Netherlands. To learn more about the recent rise of right-wing, nationalist groups in Europe check out this Law Street explainer.

To formally leave the European Union, the U.K. must invoke Article 50 of the Lisbon Treaty, which was signed in 2007. According to Article 50, the U.K. will have up to two years to negotiate with other EU members the conditions of its exit covering everything from trade to immigration. Experts, however, contend the negotiations could take much longer. No one is entirely certain of how the process will work out–the U.K. is the first country to leave the EU-and until the negotiations are complete, conditions will remain the same as they are currently. The video below looks at the consequences of Brexit:

Although no one knew for sure what exactly the impact would be if the United Kingdom voted to leave the European Union, many predicted it would be unfavorable. The speculation seemed to become a reality both economically and politically for the island nation.

While consumer spending has remained relatively flat, there are a number of other indicators that suggest not all is well. This starts with the British Pound, which quickly lost one-tenth of its value against the dollar and the FTSE 250, a domestic British index, which has also lost significant value. Additionally, hiring has gone down, while unemployment may be increasing. This quagmire is further complicated by business investment, which has also been shrinking. Even hope that a reduced Pound would lead to more travel seems quelled as inflation is rising faster than the increase in tourism.

Britain is not only struggling economically but politically as well. Following the Brexit vote, then Prime Minister David Cameron, who had wagered his career on remaining in the European Union, resigned. This move was followed by a wave of uncertainty as the main opposing party to Cameron, the Labour Party, dealt with a leadership challenge of its own and two of the major candidates for the Prime Minister position dropped out of contention.

While Theresa May ultimately assumed control of the Conservative Party, her new cabinet is a hodge-podge of those in favor of remaining in the EU and those for Brexit, including Boris Johnson who was one of the people who recently dropped out of contention for the role of Prime Minister. Although the Conservative party remains in flux, the Labour party has turned into a disaster with the leader refusing to step down despite a no-confidence vote, leading to an internal struggle.

Aside from what occurred in England, is what happened and what might happen within the United Kingdom at large. Although England and Wales both voted to leave the European Union, Scotland and Northern Ireland voted with greater majorities to stay. While this may be less of a problem if these were different states within a country, they are actually all independent countries.

After all, it was only last year that the nation of Scotland voted narrowly to stay in the United Kingdom. It is unsurprising then that Scotland’s prime minister has now floated the idea of holding a second referendum for Scottish Independence following Brexit as a way to keep the country within the EU. Scotland is also likely to suffer more economically than Britain as it relies on oil sales for a large portion of its economic output, which were already hampered by low prices.

Along with a potential second Scottish referendum, some even want Ireland to hold a vote to unify following Brexit, however, that idea was quickly shot down by the leader of Northern Ireland and seems much less likely. Even the tiny British territory of Gibraltar will be affected. Situated on the southern tip of Spain, Gibraltar faces the threat of greater Spanish incursion with Britain leaving the EU. The following video looks at the impact of Brexit on Northern Ireland and Scotland:

Impact on the United States

In the United States, the impact has been relatively subdued. While it remains to be determined how Brexit will affect the close relationship between the United States and Britain as well as the European Union at large, the economy was the first to feel the brunt of the decision. Following Brexit, U.S. stocks plunged for two straight days before rebounding and actually reaching record highs a few weeks later. Since then, the effects of Brexit in the United States have been portrayed as negligible with the Federal Reserve still planning on going ahead with at least one interest rate increase this year–something unlikely if the economy was believed to be in real financial danger. The accompanying video looks at some of the potential ramifications of Brexit for the US:

The United Kingdom never seemed to be fully committed to the European Union, and when the EU’s downsides started to outweigh its advantages in the eyes of British citizens, it was deemed time to leave. The impact of this decision has been swift with economic consequences spanning the world. But the true extent of the damage and even what leaving the EU will mean for the U.K. will still take years to sort out.

While much of the blame for this decision rests on British politicians, they are not solely at fault. The Brexit vote was the culmination of a much larger pattern across Europe and may even have parallels to the United States. In the U.K. politicians turned to advocating for nationalism and a refocusing of government policy inwards versus abroad. This was only further exacerbated by the mass migration crisis gripping the continent. This decision, however, was also the result of a union that is stuck in a proverbial purgatory, too united in some regards and not enough in others.

Lastly, the European Union may still face some challenges to the way in which it creates rules for member states–has the process become too top-down, with little bottom-up influence? Certainly in the case of the Brexit vote, citizens at the lowest level voted to topple the existing order and cast the futures of many parts of the world into question. While Britain’s exit may now be unavoidable, this is a good opportunity for pause both for the EU and the U.K., to consider how decisions are made and how to avoid future independence movements or bouts of fragmentation.

BBC News: The U.K.’s EU Referendum: All you need to know

European Futures: How Did We Get Here? A Brief History of Britain’s Membership of the EU

The Telegraph: Theresa May Pledges to Save the Union as Nicole Sturgeon Promises Scottish Referendum Vote to EU Nationals

The Economist: Straws in the Wind

The Financial Times: A tempest Tears Through British politics

The Week: What is Article 50 of the Lisbon Treaty?

Michael Sliwinski
Michael Sliwinski (@MoneyMike4289) is a 2011 graduate of Ohio University in Athens with a Bachelor’s in History, as well as a 2014 graduate of the University of Georgia with a Master’s in International Policy. In his free time he enjoys writing, reading, and outdoor activites, particularly basketball. Contact Michael at staff@LawStreetMedia.com.
Share:
Related ItemsBoris JohnsonBrexitBritainDavid CameronEUEuropean UnionIrelandScotlandUnited States