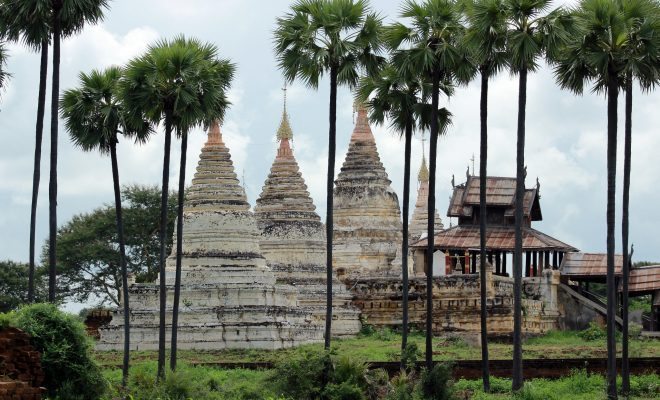 Advancement or Regression? The 2015 Elections in Myanmar

In 1990, the nation now known as Myanmar (renamed from Burma in 1989) held its first election since the 1962 coup that brought a repressive military junta to power. The elections were swept by the National League for Democracy (NLD), led by Aung San Suu Kyi. But the power transition from military to civilian rule never came and by the end of 1990 many of the major figures in the NLD, including Suu Kyi, were arrested.

In 2008, a new constitution was drafted and a transition plan established in an attempt to convert Myanmar from military rule to democracy. The country held its first elections under the new constitution in 2010, which brought Thein Sein to the seat of the presidency. On November 8, 2015, general elections were once again held and the NLD and Suu Kyi were once again in the national spotlight. But will anything actually change? Read on to learn about the elections and the current situation in Myanmar.

Following its independence from the British Empire, Myanmar attempted to cultivate a bicameral, multiparty democracy. Elections were characterized by infighting among the political parties and general instability. In 1958, Army Chief of Staff Ne Win was tasked with establishing a caretaker government to restore order.

In 1962, Ne Win launched a coup, declaring Burma was unfit for parliamentary democracy. The constitution was suspended and the legislature was dissolved. From that point, the army established a strong grip on the government of Myanmar, a grip it still holds today. Many private areas were brought under government control, and the Burmese Way to Socialism was adopted. This new philosophy essentially fused the Marxist practices of central planning with traditional Buddhist and Nationalistic sensibilities. Under the new ideology, Myanmar became one of the most impoverished countries in the world. Ne Win would effectively rule the Union of Burma through various roles–Prime Minister, President, and head of the ruling Burma Socialist Programme Party (BSPP)–until 1988.

After the coup, the government engaged in the brutal repression of opposition and free speech. Student protests frequently occurred but were crushed by the military. A notable protest occurred in December 1974 at the funeral of U Thant, the country’s former permanent representative to the United Nations who later became the U.N. Secretary-General. The unrest culminated in the 8888 Uprising, which started on August 8, 1988. That year, Ne Win enacted a series of currency denominations, effectively eliminating many people’s life-savings. The uprising was led by university students who marched on the capital city of Rangoon. During multiple days of violence between students and security forces, an estimated 3,000 people, mostly protesters, were killed. The protests eventually led Ne Win to resign and in 1990 the country held elections, but despite that momentary progress the military maintained its control over the country.

In 1988, Aung San Suu Kyi returned to Myanmar from the United Kingdom. Heavily influenced by the movements of Martin Luther King Jr. and Mahatma Gandhi, she helped orchestrate the anti-government rallies stressing nonviolent protest. For her roles in the protests, she would spend 15 years between 1989 and 2010 under some form of incarceration.

When the military agreed to hold open elections in 1990, Suu Kyi mobilized the National League for Democracy. The NLD swept the election claiming a projected 80 percent of available seats despite numerous efforts from the government to hamstring the opposition parties. The limitations included a ban on campaign rallies and strict rules for the media that the opposition groups could distribute to voters.

Despite the overwhelming victory of the NLD in 1990, the elections were never honored by the military government. According to Human Rights Watch,

Burma’s military government refused to recognize the result of the 1990 elections and claimed that the vote was only to form an assembly to draft a new constitution, not for a parliament. In the ensuing months, the military government arrested and imprisoned dozens of opposition parliamentarians, while scores fled Burma to seek refuge abroad.

The 1990 elections concluded with a series of arrests of multiple leaders of the opposition parties, including Suu Kyi. She was awarded the Nobel Peace Prize in 1991 for her efforts to bring democracy to Myanmar.

In 2008, the military government announced a renewed effort to bring democracy to Myanmar and open the country to the rest of the world. Since the 1962 coup, most western nations refused to trade with Myanmar, forcing the country into an unwilling dependence on China for foreign trade. In 2008, a cyclone struck Myanmar and triggered one of the worst natural disasters in the country’s history. Many argued that this event led the military government to realize the need to be a part of the larger international community.

Elections were once again scheduled, but the NLD boycotted the elections due to a now-infamous provision in the constitution, article 59 F. Regarding limitations on who can hold the office of president, the article states that the president:

This effectively disqualified Suu Kyi from contention for the office of president because her husband was a British national and her children possess British passports.

The 2010 elections were subject to similar restrictions placed on the 1990 elections, much to the chagrin of independent observers. The Union Election Commission evaluated the opposition parties during the registration process and blocked several from legally running. Numerous ethnic minority groups, particularly Muslims, were disenfranchised and remain to this day ineligible to vote. Amidst rampant fraud and violence, voter turnout was low but the results were honored by the military. In 2011, Thein Sein came to power as president. In 2012, by-elections were held and the NLD participated, claiming most of the available seats, one of which was claimed by Suu Kyi herself.

Despite criticism of the constitution, which many claim contains undemocratic articles (primarily article 59 F), the government insisted that the constitution will remain in place. For the first time since 1990, the NLD participated in the general election and dominated the polls, gaining an outright majority in both houses of the Hluttaw. The government has promised a smooth transition of power and the NLD will choose next president of Myanmar. Although she is ineligible for the position, most believe that Suu Kyi will lead from parliament with the president serving as a proxy.

The major losers in the election, aside from the military party, were the ethnic opposition groups and their Mon National Party. Largely popular in the ethnic, fringe villages, the party could not compete with larger population centers that favor the NLD while multiple MNP candidates split the vote. Voter disenfranchisement was also a major factor in several regions that were key for the MNP.

The primary question after this election is who will become the next president of Myanmar. However, the answer to this question isn’t overly important as whoever is chosen by the Hluttaw will likely just serve as Suu Kyi’s proxy. To select a president, each of the Hluttaw houses and the military will nominate a candidate. The candidates will then be voted on in a joint session of the legislature with the two losers serving as vice-presidents.

At the outset, it looked as if Speaker of the Hluttaw U Shwe Mann was the clear favorite for the office of president. Although he is a member of the military faction, Suu Kyi may support his candidacy in exchange for constitutional reform. However, Shwe Mann has since lost favor with the military, and was removed as head of the party in an August “soft-coup.” At present, there are numerous contenders for the office, though it is unclear which direction Suu Kyi and the NLD will go. Any alliance with the military party will likely be for the sole purpose of reforming the constitution.

Current president Thein Sein, who could still garner support for another term, has promised a smooth transition at a gathering of political parties in the week following the election. Both the NLD and the current ruling party are expected to hold reconciliation talks to help bring about the smooth transfer of power and begin a reform process.

The NLD’s convincing victory gives Suu Kyi a mandate to seek the constitutional and democratic change she has spent the last 27 years campaigning for. Despite being unable to claim the office of president for herself, she is expected to run the country by proxy from the Hluttaw. However, any change will likely be slow and gradual and a smooth transition remains difficult in light of the country’s history. The military also retains effective veto power to any proposed change in the constitution.

Myanmar still faces a variety of problems regarding its treatment of ethnic minorities, widespread impoverishment, and persistent electoral issues. While the government has promised a transition, similar promises were made in 1990 and later reneged. Time will tell if 2015 and 2016 will be any different.

Myanmar: Constitution of the Republic of the Union of Myanmar

The Irrawaddy: Mon Parties Count their Losses after NLD Rout

The New Yorker: Can Myanmar’s New Government Control its Military?

The Huffington Post: Burma’s 8888: A Movement that Lives On

PBS NewsHour: Inside the Charge for Change Toward Democracy in Myanmar

Editor’s Note: This post has been updated correct U Thant’s history. Thant served as Burma’s permanent representative to the United Nations and later the U.N. Secretary-General. He was not the country’s prime minister.

Samuel Whitesell
Samuel Whitesell is a graduate of the University of North Carolina at Chapel Hill having studied History and Peace, War, and Defense. His interests cover international policy, diplomacy, and politics, along with some entertainment/sports. He also writes fiction on the side. Contact Samuel at Staff@LawStreetMedia.com.
Share:
Related ItemsBurmaCoupDemocracyDemocratic TransitionElectionsMilitary GovernmentsMyanmar