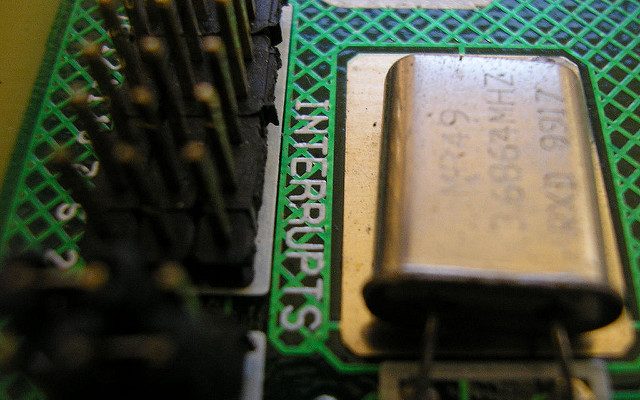 Wisconsin Tech Company Offers to Implant Microchips in its Employees

Starting August 1, Wisconsin technology company Three Square Market will inject microchips between its employees’ thumbs and index fingers. The program is not mandatory, but so far, more than 50 of the 80 employees at the company’s River Falls headquarters have volunteered.

The microchips are about the size of a grain of rice. They use radio frequency identification technology (RFID), which the Food and Drug Administration approved for human use in 2004. Once an employee gets a chip, they will be able to access the building, pay for items, and log in to computers with a wave of the hand.

The procedure is reportedly quick, painless, and free to volunteers–the company will pick up the $300 tab per procedure.

“Eventually, this technology will become standardized, allowing you to use this as your passport, public transit, all purchasing opportunities, etc.,” said Three Square Market CEO Todd Westby in a company blog post.

Some people, however, are more skeptical of the technology. Dr. Alessandro Acquisti, professor of information and technology at Carnegie Mellon University’s Heinz College, is concerned about potential  security breaches. Three Square Market insists that the chips are encrypted, but Dr. Acquisti explained to the New York Times that encryption “is a pretty vague term which could include anything from a truly secure product to something that is easily hackable.”

The chip is not currently equipped for GPS tracking, but that doesn’t mean Three Square Market won’t add it in the future. Dr. Acquisti worries that the chips could one day track employees’ lunch and bathroom breaks without their permission.

“Once they are implanted,” he warns, “it’s very hard to predict or stop a future widening of their usage.”

This is the first time a U.S.-based company has chipped its employees, but globally, the practice isn’t new. Epicenter, a Swedish startup, tagged its employees with the same technology back in 2015. So far, the program has been successful–Epicenter holds monthly events and parties where specialists can chip employees at no cost.

“People ask me, ‘Are you chipped?’ and I say, ‘Yes, why not,'” said Fredric Kaijser, Epicenter’s chief experience officer, in an interview with CNBC. “And they all get excited about privacy issues and what that means and so forth. And for me it’s just a matter of I like to try new things and just see it as more of an enabler and what that would bring into the future.”

Judging by the high number of volunteers, the workers at Three Square Market are equally willing to “try new things.” Software engineer Sam Bengston signed up right away.

“In the next five or 10 years,” he told the New York Times, “this is going to be something that isn’t scoffed at so much, or is more normal. So I like to jump on the bandwagon with these kind of things early, just to say that I have it.”

Delaney Cruickshank
Delaney Cruickshank is a Staff Writer at Law Street Media and a Maryland native. She has a Bachelor’s Degree in History with minors in Creative Writing and British Studies from the College of Charleston. Contact Delaney at DCruickshank@LawStreetMedia.com.
Share:
Related ItemsmicrochipSwedenTechnologythree square marketUnited StatesWisconsin