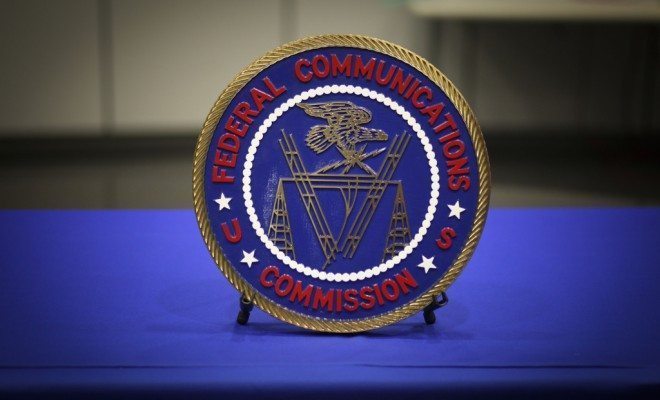 FCC’s Spectrum Auction: What it is and Why it Matters

In the beginning (way back in the time of rabbit ear televisions) the Federal Communications Commission licensed wireless spectrum to everyone, professionals and amateurs alike. Licensing spectrum prevents overlap and interference between television and radio channels, but there was plenty to go around when broadcast technology was in its infancy, so there was little concern about running out. Networks like ABC and CBS were given spectrum, but so were government agencies like the Department of Defense, which still controls a large portion of radio spectrum. Smaller broadcasters, who operate on a local rather than a national level and primarily in rural areas, were also given spectrum access.

Then technology advanced and the amount of available spectrum is no longer enough to meet the demand. This is primarily driven by the proliferation of smartphones and the growing demand for wireless data. Like land in the Wild West, which was once so prevalent that it could literally be given away, wireless spectrum is now prime real estate. Wireless companies, cell phone carriers, and broadcasters are all eager to get their hands on more of it.

To combat this problem–which with the increasing demand for smartphones and streaming services is going to get worse before it gets better–the FCC proposed an incentive auction, which began at the end of March. The auction is sufficiently complex to warrant going through it step by step, but essentially, broadcasters have too much spectrum and wireless service providers don’t have enough. The FCC is going to act as a middleman to help facilitate the transfer of broadband spectrum from broadcasters to wireless providers to help feed their increasing demand. It is the first time that the FCC has tried an auction of this kind and it has the potential to yield billions of dollars in revenue for the federal government.

Everyone agrees that cell phone companies need spectrum and it is possible to free up some of it (potentially a lot of it) by consolidating broadcast television stations and eliminating some of them altogether. But should we be favoring cell phone companies at the expense of broadcast television or are their hidden, non-monetary costs involved in incentivizing the sale of spectrum?

Going Dutch: How Does The Spectrum Auction Work?

The spectrum auction is a very complicated process that has already been in the works for several years now and will continue to play out in various stages over the next several months. This video does a good job of explaining the basics of the process:

So step one is the “Dutch auction,” or reverse auction, between the various television broadcasters and the FCC. The FCC has offered to buy spectrum (the bidding started at the end of March) and broadcasters will then offer to sell if they are interested. The broadcasters are therefore the ones setting the initial price and bidding each other down until they reach a floor, then the FCC buys the spectrum. This part of the process is voluntary so broadcasters can choose not to participate if they wish to keep all or part of their allotted spectrum.

In the second step of the process, the FCC takes all of the spectrum that it purchased from the broadcasters and sells it to wireless service providers and cell phone companies. This step is a traditional or forward auction, so the wireless companies will be bidding against each other, driving up the price. Wireless companies desperately need the spectrum so the FCC anticipates recuperating the cost of running the auction and the cost of the third step in the process. If there is any extra, that money will go toward funding other government projects.

The third step of the process is, however, mandatory. Referred to as “repacking,” this involves the FCC taking the remaining spectrum and reassigning it to the broadcasters in order to consolidate them to a tighter range of frequencies. A broadcaster, large or small, will be unable to avoid this process and since the auction just started, we really have no idea how many of them will be affected. Essentially, the FCC will have carte blanche to consolidate broadcast channels to make the most efficient use of the remaining spectrum.

The video below does a good job addressing some of the collateral concerns around the FCC’s spectrum auction. One of the key implications of this spectrum auction is how its success or failure will determine how we try to allocate spectrum going forward.

The incentive auction is a creative–if very complicated–solution to the problem of spectrum shortage for cellphone companies. By facilitating this exchange the FCC is allowing us to watch Netflix on our iPhones and maybe even make a profit for the government while doing so. It certainly is an attractive option and is much better than the alternative of spectrum shortages that would have unpleasant effects. Not just for entertainment but, as more users adopt these devices, on businesses and commercial activity as well. A first world problem would actually become a very real problem with heavy usage on an already stressed system, particularly in cities and congested areas.

This video goes into detail about this repacking process.

Aside from the logistical concerns that this is going to create for the broadcasters, repacking could have a huge impact on many small local stations and even private citizens. For example, let’s say that you are a private citizen who would like to start his or her own television broadcast to promote your political or social views. Right now the spectrum may be available to you and you can do that on your own, or with a small group of like-minded citizens. Alternative media sources, ranging from the real and credible Democracy Now! to the fictional and surprisingly relevant PTV on “Family Guy,” use this method to enter the marketplace of ideas. This is also particularly important for citizens who may not have easy access to cable or the internet and rely on broadcast television for their news.

These changes may also push broadcasters who survive the repacking process to cut back on broadcasting in certain areas if the cost of building infrastructure there doesn’t make economic sense. For example, if a broadcaster is changed from channel 35 to channel 19 and it has to build new towers, it may choose to only do so in areas where it gets the most viewership. Large numbers of people could be left in the dark by that broadcaster and, if the situation is the same for multiple companies, they could be left out altogether. This will disproportionately impact rural Americans. It will also impact people without smartphones or broadband internet, which tend to be poor and elderly Americans, making it more difficult for them to access media, particularly news.

So what exactly are we incentivizing? If broadcast television is going extinct anyway, perhaps not much. The FCC may just be speeding up the natural process of eliminating broadcast television, starting with smaller stations that sell all of their spectrum or get driven out of the market by the high cost of transitioning. The number of broadcast viewers actually increased last year to 13.1 million, possibly because viewers wanted to get rid of their cable subscriptions or gain access to local television stations. However, that was a relatively small change in the context of the overall viewership numbers and the growth was nowhere near the explosion in smartphone growth. And if all communities gain access to the internet, broadcast television may no longer be necessary as online media takes its place.

If technology has evolved to the point where broadcast television is going to die out then it may not be such a bad thing for the federal government to make a profit while facilitating that process. It is the same sort of argument advanced by those who want to eliminate coal mining. Yes, a percentage of the population, one that is already at a disadvantage, will be harmed. But their industry is already dying and they are such a small percentage of the population that we are willing to let that harm happen in furtherance of faster progress. Buggy-whip salesmen were harmed by the invention of the car but we needed cars. In the end, their harm, however severe, may be a small price for society to pay.

The FCC Spectrum Auction is not an issue that is going to be resolved anytime soon. The original plans for it started in 2012 and changes to the system could take several years after the auction closes. It’s a complicated concept and like most plans it is unlikely to survive implementation unscathed. Yet even if it succeeds and yields a profit, it may ultimately fail by working too well–by opening up too much spectrum to cell phone carriers at the expense of smaller broadcasters and the populations that rely on them. While it’s hard to guess exactly what exactly the auction and subsequent repacking will mean for broadcast networks, the FCC’s plan marks a bold step that will shape future efforts to redistribute wireless spectrum.

TheVerge: How the FCC’s Massive Airwaves Auction Will Change America—and Your Phone Service

Mary Kate Leahy
Mary Kate Leahy (@marykate_leahy) has a J.D. from William and Mary and a Bachelor’s in Political Science from Manhattanville College. She is also a proud graduate of Woodlands Academy of the Sacred Heart. She enjoys spending her time with her kuvasz, Finn, and tackling a never-ending list of projects. Contact Mary Kate at staff@LawStreetMedia.com
Share:
Related ItemsBroadcast TelevisionFCCSpectrumSpectrum AuctionWireless Phone Industry