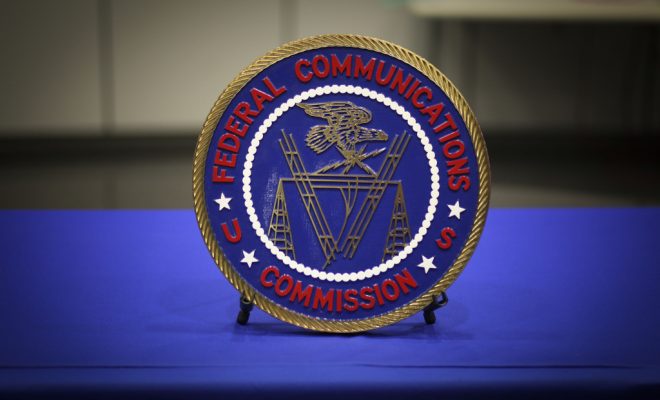 As the Trump Administration continues its efforts to undo much of the regulation put in place during President Barack Obama’s term in office, the FCC’s efforts to peel back net neutrality rules will be particularly controversial, as the issue has sparked fierce debate for several years. While much of the regulatory rollback happened quickly using the Congressional Review Act, a law that allows for expedited removal of recent regulations under a new president, the net neutrality rules will take quite a bit more time. In fact, this is just the latest development in a regulatory dispute that has been going on for nearly 10 years. Read on to see why this is such a contentious issue, what the proposed regulations would do, and what we can expect in the weeks and years ahead.

Quick Refresher: What is Net Neutrality?

While many people have heard the term network neutrality, understanding of it tends to vary widely. That may be because net neutrality is more of a general concept than a set of clear rules. The principle behind it is the idea that all online content should be treated equally and that no internet provider should be able to discriminate or block content regardless of the source or type. Most people support net neutrality, or at least the general concept behind it, but disagree on what needs to be done to ensure that networks are designed in a way that lives up to that principle. That disagreement is what brings us to the current debate over internet regulations. Some advocates argue that regulations blocking internet providers from discriminating against or privileging certain content or sources are necessary to protect a free and open internet. Opponents argue that absent these regulations we still wouldn’t have a problem with content discrimination and we should have as few regulations as possible to allow for internet investment and innovation.

The two major categories of groups involved in these debates are Internet Service Providers (ISPs) and content companies. Internet service providers are the companies that sell access to the internet, like Timer Warner Cable, Verizon, Comcast, and AT&T. Content companies are the businesses that create and distribute the things you find online–notable examples of these include Netflix, Google, and Facebook, but every website or online service is essentially a content company. The three core priorities for net neutrality regulation have been to prohibit blocking, slowing, and the paid prioritization of a source or type of content as it makes its way through the network to consumers.

While many agree that blocking and slowing shouldn’t be allowed, the issue of paid prioritization is one that tends to have more gray areas. This debate manifests itself in the context of internet fast lanes, where companies can pay up to ensure that consumers can download their services as quickly as possible, giving them a potential edge over the competition. For more on the fast lane debate, check out this explainer.

What Were the Old Rules?

Before we can get into the FCC’s proposal to peel back net neutrality rules, let’s take a quick look at how we got here. While Columbia Law professor Tim Wu coined the phrase in a journal article published in 2003, the regulatory debate didn’t really come into play until 2008, when it was revealed that Comcast was blocking or slowing BitTorrent traffic on its network. After that dispute, the FCC tried to intervene to prohibit companies from slowing or blocking traffic, but a federal appeals court ruled against the commission, concluding that it had limited authority over internet traffic. Two years later, the FCC issued an Open Internet Order establishing rules that sought to ensure neutrality with a focus on blocking, discrimination, and transparency. However, Verizon sued the commission, and in 2014, a federal appeals court struck down the bulk of those rules and concluded that under the internet’s current classification, the FCC didn’t have the authority to prevent ISPs from slowing or blocking web traffic.

At the center of the issue was the FCC’s initial decision to classify the internet as an information service and not a telecommunication service. The Communications Act of 1934–which created the FCC and was most recently overhauled in 1996–gives the commission varying authority when regulating these different services. The courts ruled that under the initial classification of the internet, the FCC did not have the authority to prohibit the blocking or slowing of web traffic. Following those decisions, the FCC decided in 2015 to reclassify the internet as a telecommunications service under Title II of the Communications Act, which gave it much greater authority to regulate. It then imposed regulations that were similar in principle to the original rules, but were upheld initially by the courts due to the new classification. This change, classifying the internet as a public utility, allowed the FCC to regulate providers as common carriers to block any form of traffic discrimination.

Although the Obama-era FCC, led by former Chairman Tom Wheeler, went through the process of reclassifying the internet to allow for stricter regulation, that effort will likely be reversed under President Trump. The 2015 rules were adopted after a 3-2 vote by the FCC and one of the commissioners voting against the measure, Ajit Pai, now holds the reins as the commission’s chairman and has since vowed to undo those regulations.

The FCC recently took the first step in its efforts to remove the utility-style regulations placed on the internet. While the whole process will likely take some time and face several lawsuits along the way, much like the original reclassification process, most expect Commissioner Pai to be successful. The process for creating new regulations is governed by the Administrative Procedures Act, which requires a notice and comment period for all proposed changes. This means that the FCC is required to notify the public that a rule change is coming, then seek public comments and take those into consideration as it develops the final rule. The FCC issued its notice of proposed rulemaking on May 18 to begin that process. While we do not know exactly what the new rule will involve–after the comment period, the final rule will be drafted, debated, and then adopted–the public notice outlined the commission’s goals going forward.

First, the rule would reclassify the internet to remove Title II regulations from internet service providers, moving back to what proponents call a light-touch framework under Title I. It would also reclassify mobile broadband, provided companies like AT&T and Verizon, as a private mobile service, which currently faces the same common carrier regulations after the 2015 rule change. Finally, the notice also asks for comments on what are known as the FCC’s bright-line rules, which are the central components of past net neutrality regulations. Specifically, these rules prevent providers from blocking, slowing, and creating paid prioritization deals with content companies. Finally, the proposal would remove a conduct standard created under the Title II regulations that applied to all ISPs.

While blocking and slowing have been important issues in the past, the possibility for paid prioritization, or internet fast lanes, under the new rules could have the biggest effect on the direction of the internet. This form of prioritization would allow large content companies like Netflix and YouTube to negotiate deals with ISPs to ensure that their content is delivered to consumers faster than other services. While competitors may be able to strike up their own deals in an effort to level the playing field, new companies may not have sufficient money in the early stages of development to secure these deals, making established companies more difficult to challenge.

In the video below, Chairman Pai outlines his goals for the new regulation:

FCC Chairman Pai argues that these rules will spur investment, leading ISPs to expand and improve upon their networks. He says that the utility-style regulation under the current rules places too much of a regulatory burden on internet companies making additional investment less attractive. In Pai’s view, investing in innovation and infrastructure is one of the most important issues facing the internet today, so he prefers fewer regulations in an effort to spur that investment.

Opponents argue that net neutrality is core to the innovative nature of the internet, and note that several companies have said that such rules would have little impact on investment decisions. Moreover, they note that given the ubiquity of the internet in our personal and professional lives, we should start to look at it like another utility company. Instead of loosening regulations to allow companies to innovate, we should view these networks like we do the electrical grid–as essential to our daily lives–and regulate them as such. The video below outlines the rationale for viewing ISPs as utilities:

Internet rules have been one of the most controversial regulatory issues in the last several years and the FCC’s recent efforts to change them once again mean that they will continue to be a hot-button issue in years to come. While the concept of net neutrality is quite broad, most of the current discussion focuses on whether we need rules to prevent blocking, slowing, and paid prioritization of online content–the so-called bright-line rules.

Amidst these larger debates are more technocratic ones relating to the extent of the Federal Communication Commission’s authority to regulate the internet. When previous attempts to enact bright-line rules to prevent discrimination against any kind of traffic have failed when challenged in the courts, the FCC under President Obama decided to reclassify the internet in order to make those rules with the necessary authority. While the Title II, utility-style regulations were initially upheld by the court, it’s unclear whether that question will be answered now that the new chairman is already working to undo past efforts. Given the level of interest across the political spectrum and from private citizens and large corporations alike, more court cases are likely to follow. But many still expect these changes, once they have worked their way through they regulatory process, to be upheld in the courts. Given the number of changes to internet regulation in the past several years, many observers have called on Congress to settle the issue once and for all. While the future of net neutrality remains uncertain, we can expect the ensuing regulatory debates to continue to ignite the vigorous public debate.