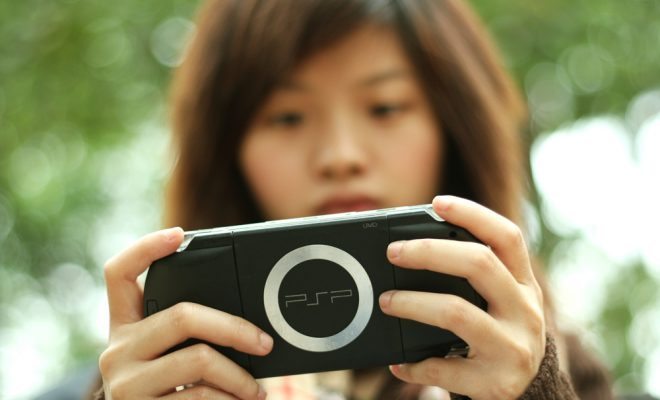 The Gaming Industry: Misogynistic and Living in the Past

The gaming industry is massive, raking in $100 billion worldwide. The industry has come a long way since Tetris and Pac-man. Video games are on cellphones–think Candy Crush. Gamers can use a headset to talk to one another half way across the globe while playing out a visually realistic battle scene. The technology is impressive and has lured people in from all different backgrounds and ages. One would think that the diversity of the games would be mirrored in the industry itself; however, critics of the industry frequently lob accusations of misogyny and the perpetuation of rape culture, which is ironic since 48 percent of gamers are women. Is this merely the market responding to the demand of its consumers or is this the industry actively demeaning a large section of its customer base?

Gender Roles Inside the Games

A female presence has always been in the gaming industry, but it has skyrocketed in the last few years. In 2011, 1.2 million girls and women played on their consoles more than five days a week. Today that number is more than 5 million.

It is time to change the face of the stereotypical gamer. In reality, males between the ages of 10-25 only account for 15 percent of the market. Puzzle-oriented games on cell phones, like Words With Friends, have created a more diverse marketplace. For example, according to the Entertainment Software Association, from 2012-2013, female gamers over the age of 50 increased by 32 percent. With cell phones and social media, games are much more user-friendly. Game developers took notice and started creating games specifically aimed at women. “Kim Kardashian: Hollywood” amassed $51 million since its launch, making it one of the highest grossing apps on iPhones and Androids.

But these types of games cannot take all the credit. Yes, they have helped bring a new audience, but the average female gamer has been playing for more than 13 years, which predates the explosion of such casual mobile games. Many females play more stereotypical games like “Call of Duty” and want to be treated fairly. According to a study conducted by Danielle Keats Citron, author of “Hate Crimes in Cyberspace,” 70 percent of female gamers play as a male character in order to avoid sexual harassment and ridicule. Apparently, playing as a male character ensures equal treatment.

The latest installment of “Assassin’s Creed,” for example, offered no female protagonists. Ubisoft technical director James Therien claimed adding a female character would have “doubled the work” for the animation team. Game designer Jonathon Cooper, a lead developer for earlier installments of the game, denied this, estimating it would have only taken days. So what’s the real reason?

When female protagonists are offered, they are hyper-sexualized. Most “women in drawn art, comics, and animation must and show, look and move with flowy, exaggerated gestures, graceful movements, and hip, chest, and ass thrust forward.” These women perpetuate completely unrealistic ideals of women. Skimpy clothing, skirts, bows, and makeup don’t create an advantage in combat.

Then of course there is the damsel-in-distress stereotype. The female character is at a loss until her knight in shining armor type comes to rescue her. For example, there is Princess Peach who “wears a gown, dainty gloves, and a clueless expression, which imply nothing as far as skill and ability, unless you consider her special attack: a dimpled, smiling heart that protects her cart.” Her character is indeed less capable than her male counterparts.

“Grand Theft Auto V” promotes extreme sexual violence. Even more exaggerated by a first-person view option, a gamer can watch as a prostitute services the character. All you need to do is drive or walk up close to a prostitute. It can even boost character health to more than 100 percent. And in the end, you can kill the prostitute and take your money back. Strauss Zelnick, the CEO of GTA’s publisher Take-Two, called this type of scene “beautiful art.”

Females are not the only demographic portrayed negatively in the video game world. The LGBTQ community is just as much underserved. Although there are exceptions, most LBGTQ video game characters come out as the villain. The “Metal Gear Solid” series depicts the variety of gay and bisexual characters as enemies of the main character. “Fable II“ and “Fable III” represent the bisexual character, Reaver, as fickle and decadent. The protagonist in “Ballad of Gay Tony“ is a murdering “drug-addicted crime lord.” More often than not, LGBTQ characters are absent. But when they are provided, the associations with the characters are almost entirely negative.

Professional Women in the Industry

As proved, the number of women playing video games is only on the rise. This is cannot be said, however,  for the number of women taking on professional roles in the gaming industry. Only 11 percent of women are game designers and only three percent are programmers. This is even more shocking when compared to the percentages of women in graphic design (60 percent) and tech sectors (25 percent). And according to a 2011 survey by Gamer Developer Magazine, female programmers make $10,000 less a year and female designers make $12,000 less than their male counterparts.

In November 2012, a massive Twitter conversation, among thousands of men and women gamers and developers was sparked by the tweet “Why aren’t there more female game developers?” Answers ranged from safety (females being groped at conventions) to blank stare responses to questions about over-sexualized female characters. The conversation received national coverage and long awaited recognition.

There are notable and exciting exceptions. Kirsten Duvall has been working in the industry for the last 20 years and is currently the Business Development Director of Everyplay Unity Technologies. Tracy Fullerton is the Director and experimental game designer at the University of South Carolina’s Innovation Lab. USC is one of the world’s leading video game schools. And Chelsea Howe is an extremely effective Creative Director at EA Mobile. These women prove that female success in the industry can be done regardless of the rocky road.

Here is a look at a prime example of the hostility women can face in the industry. Gamergate started around two women: Zoe Quinn and Anita Sarkeesian. Quinn, a game designer, released a free game/interactive story called Depression Quest. Quinn’s ex-boyfriend publicly claimed in a number of lengthy blogs that Quinn had cheated on him with people in the field to further her career. It boiled down to Quinn being accused of trading coverage for sex and ethics in journalism. The attacks spiraled out of control leading to death threats. Days later, Sarkeesian, a feminist writer and media critic, got thrown into the mix. Sarkeesian previously advocated for less sexualized female characters and greater female inclusion. Sarkeesian’s video series “Tropes vs. Women in Video Games” received a lot of attention. Her unpopular opinion was answered with unspeakable malice.

This was not your run-of-the-mill negative attention. Both women received graphic and disturbing threats and felt it necessary to leave their homes. These threats all came under the viral hashtag #Gamergate. Shortly after, Jenn Frank and Mattie Brice, notable women in the industry who defended Quinn and Sarkeesian, announced their resignations from the industry due to similar threats.

Unfortunately as far as regulations go, there are few to none. The courts have time and time again defended game developers under free speech and the First Amendment.

In the 2005 case Entertainment Software Ass’n v. Blagojevich, the federal court found Illinois’ video game statute unconstitutional. It ruled against the previously implemented law banning the distribution to minors of video games with certain violent content. The court did, however, mandate labels restricting such video games to adults and ensure retailors displayed signs explaining video game rating systems. The 7th Circuit Court of Appeals affirmed the decision. A year later the same verdict was rendered in Michigan and Louisiana in Entertainment Software Ass’n v. Granholm and Entertainment Software Ass’n v. Foti. Many states endured this battle until the U.S. Supreme Court heard arguments in California in 2011. In a 7-2 opinion, the court stated “speech about violence is not obscene” and that they are “as much entitled to the protection of free speech as the best of literature.”

As of now, the only legislation in effect is the “Video Games Rating Enforcement Act” that mandates specific labels on video games displaying the ratings based on violent content. One bill introduced, but untimely denied, was the “Children Protection from Video Game Violence and Sexual Content Act.” The act advocated for stricter regulations regarding viewership and video game content. The bill died in the House.

Females are serious heavyweights in the gaming community more than ever before. They love to play as much as males. This includes games of all intensities from Zelda to Trivia Crack. The industry is just starting to take this demographic seriously. But the hostility and open sexism toward women is real and can’t go unchecked, even if it isn’t coming from the majority of gamers. Industry leaders need to make the inclusion of women a priority, and they can start by hiring more of the many intelligent, competent women in the industry.

Washington Post: More Women Play Video Games Than Boys, and Other Surprising Facts Lost in the Mess of Gamergate

Washington Post: The Only Guide to Gamergate You Will Ever Need to Read

Jessica McLaughlin
Jessica McLaughlin is a graduate of the University of Maryland with a degree in English Literature and Spanish. She works in the publishing industry and recently moved back to the DC area after living in NYC. Contact Jessica at staff@LawStreetMedia.com.
Share:
Related ItemsGamerGateGamersGamingMisogynySexismThreatsVideo Games