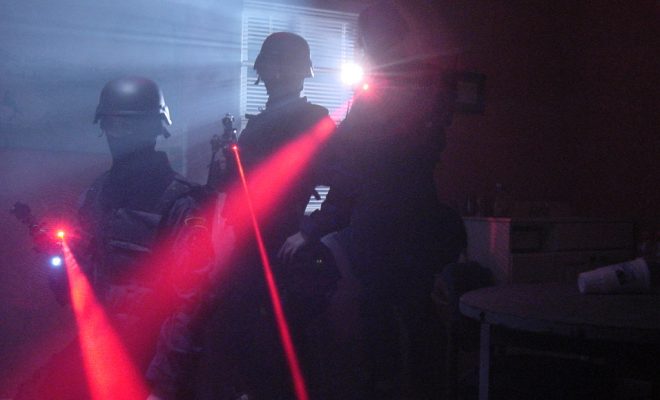 Social media has the ability to bring together people from all walks of life to interact. But the ensuing interactions aren’t always positive–the ubiquity of social media has opened up plenty of people to harassment. While online harassment can include a variety of forms–including cyberbullying, cyberstalking and revenge porn–there are other forms of online harassment that you may start to hear more about moving forward: doxxing and swatting. Read on to learn more about these forms of online harassment, some of the more prominent victims of them, and the potential legal ramifications in the United States.

What are Doxxing and Swatting?

Doxxing, which comes from the word “document,” is the release of an online user’s private information, including but not limited to photo, address, birthdate, and Social Security number. This release is usually done for a particular purpose–for example, to reveal the anonymity of a person online. Someone who operates under their own name–say, a journalist–could also be doxxed, if their personal information is disseminated to the internet. And it’s not just individuals who can be doxxed, as the term can be applied to group membership. But no matter who is doxxed, it’s safe to say that someone who doxxes someone else intends to cause some sort of harm.

Swatting is another form of online harassment, which can be sometimes (but not always) connected to doxxing. Swatting involves falsely reporting an emergency, in the hopes that a “swat” team or other law enforcement officers show up to the location that is being targeted. According to the National 911 program:

The calling party will often report they are involved or nearby as a witness to a home invasion, active shooter, or hostage situation, attempting to muster the largest response possible. Often, the law enforcement response is substantial, with police confronting the unsuspecting victims at gunpoint, only to learn that there is no real emergency.

Those who attempt to cause a swatting incident use several techniques, including: caller ID spoofing, TTY relay technologies, and social engineering.

Swatting is usually done with the intent of causing fear in the subject, or occasionally as a cruel prank.

What are some real-life examples of doxxing and swatting?

There have been many high-profile examples of both doxxing and swatting. From politicians to celebrities to journalists, it’s become an increasingly common practice. It’s also important to note that doxxing and swatting aren’t practices limited to one particular ideology, political party, or group. During the 2016 election, both Donald Trump and Hillary Clinton supporters accused each other of the practices, whether those claims were substantiated or not.

Here are a couple of examples of each:

Anonymous, the well-known group of “hacktivists,” has frequently doxxed various individuals it has decided to attack. Perhaps most notably, Anonymous made headlines in 2015 when it released a long list of Ku Klux Klan members. The list included alleged members and sympathizers’ real names, as well as their social media accounts.

In 2014 the GamerGate controversy broke, leading to online harassment for some women in the video game industry. One relatively common practice was doxxing–for example Brianna Wu, a female game developer who is now running for Congress and was targeted during the controversy, was doxxed. Other women involved in the gaming industry were doxxed as well, including Zoe Quinn and Anita Sarkeesian. Some tangentially related figures, like actress Felicia Day, were also doxxed. Day’s personal information was released after she wrote an essay about her opinion on GamerGate.

Congressman Ted Lieu, who currently represents the 33rd District of California, was swatted when he was a state senator. When he was swatted, Lieu had recently introduced a bill that would actually increase penalties for anyone who engaged in swatting behavior. In April 2013, the police received a call from someone pretending to be Lieu, who claimed he had shot his wife. Lieu was actually out but his wife, Betty, was in the house. Police went to the house and made Betty and their nanny exit the house with their hands up.

A number of celebrities have been swatted, perhaps most famously Lil Wayne. In March 2015, an anonymous caller called the police and claimed that four people had been shot at his house in Miami Beach. Miley Cyrus was swatted in 2012, after reports of an armed kidnapper and shooting at her California home. Ashton Kutcher and Justin Bieber were both swatted by a 12-year-old Southern California boy in 2012. Dozens of other celebrities have been victim to swatting, including Simon Cowell, multiple members of the Jenner/Kardashian clan, Rihanna, Tom Cruise, Chris Brown, Clint Eastwood, and Taylor Swift.

Laws Against Doxxing and Swatting

Whether or not doxxing is technically illegal is somewhat up for debate. Most countries don’t have laws that specifically prohibit doxxing, although there are some that have codified it. In the UK in 2016, doxxing was explicitly added to a list of behaviors that can be prosecuted. But in most places, doxxing can be prosecuted only if it’s deemed to fall under another kind of criminal behavior, such as harassment. In cases where a person’s private information, like a Social Security number, is doxxed, it could constitute identity theft. That being said, it’s very difficult to prosecute people for doxxing because it is so often done under the cloud of anonymity. Sometimes it happens across state or country lines. At the end of the day, it’s a tough issue to prosecute.

The legal lines when it comes to swatting are slightly more clearly defined. For one, making false reports to police officers are illegal in many places. And plenty of people have been prosecuted for their role. Individual states, including California, have specifically implemented anti-swatting laws–it was while working on those laws that Lieu was actually swatted himself.

In 2015, Representative Katherine Clark (D-MA) introduced legislation that would have made swatting expressly illegal in Congress–the Interstate Swatting Hoax Act. In this bipartisan effort, Democrat Clark was joined by Republican Representative Pat Meehan of Pennsylvania. Clark’s office published a release that explained the dangers of swatting and pointed out that it’s actually quite costly:

The FBI estimates 400 swatting attacks occur every year. Some attacks, however, have been reported to cost local law enforcement agencies as much as $100,000.  The most serious cost of these attacks is the danger they pose to emergency responders, innocent victims, and their families. Swatting attacks have resulted in injury to law enforcement officers, heart attacks, and serious injury to victims.

The bill didn’t end up making it to a vote but perhaps unsurprisingly, Clark herself was swatted in 2016. An anonymous call made to the local police claimed that there was an active shooter at her home.

However, like with doxxing, it’s very difficult to determine who the perpetrator of a swatting crime is. In general, doxxing and swatting are versions of harassment that require some sort of technological sophistication to be able to pull off. That makes it difficult to identify, arrest, and prosecute suspects.

Doxxing and swatting are just two examples of the kind of harassment made possible by the internet. But while both wouldn’t be possible without the internet, they can lead to real world consequences. For example, an emotional video went viral in 2015 where video game live-streamer named Joshua Peters described how when he was the victim of a swatting, police aimed a gun at his 10-year-old brother who happened to open the door. Given that SWAT raids can lead to officers mistakenly shooting someone, or shooting someone for a relatively minor infraction, it’s not impossible to imagine that swatting could turn deadly for a victim. While it’s hard to prosecute doxxing and swatting, they are clear markers that online harassment doesn’t just affect us online.

Anneliese Mahoney
Anneliese Mahoney is Managing Editor at Law Street and a Connecticut transplant to Washington D.C. She has a Bachelor’s degree in International Affairs from the George Washington University, and a passion for law, politics, and social issues. Contact Anneliese at amahoney@LawStreetMedia.com.
Share:
Related ItemsAshton KutcherBrianna WuCyberstalkingDoxxingGamerGateJustin BieberLil WayneMiley CyrusSwattingTechnologyTed Lieu