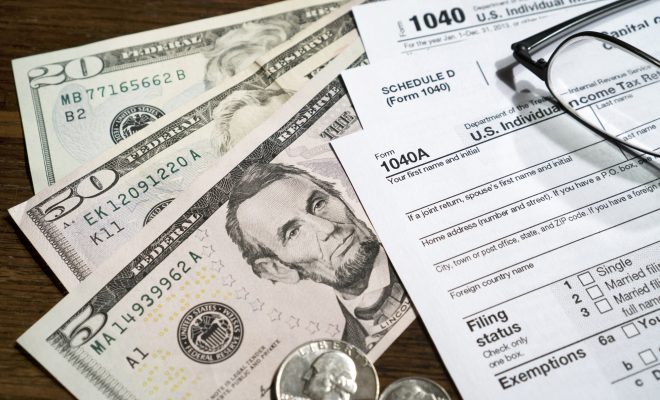 Image courtesy of Pictures of Money; License:  (CC BY 2.0)

The debate regarding taxes always seems to end in a convoluted discussion. Who should pay taxes? How much should one pay in taxes? What type of tax plan is fair to all citizens? The list of questions for how to best regulate and reform taxes goes on and on.

While on the campaign trail, President-elect Donald Trump touted his tax plan as the answer to working-class families’ financial struggles. As Trump prepares to take office, many people wonder how his administration will implement tax reform. How will Trump’s proposed alterations to America’s highly complex tax code actually function? And will it benefit citizens other than the top one percent?

The History of Taxes

It is no secret that the U.S. tax code is an extremely long and complicated document. Many Americans feel that the code has become increasingly difficult to decipher, leading many to hire a professional or use tax-preparation software to do their taxes for them each year. Interestingly, for most of early American history, there were no taxes–at least not in the form of direct taxation, like the federal income tax. Thus, the government began to collect tariffs and duties on specific items in order to generate revenue for public programs.

The U.S. government currently levies taxes in a variety of ways including: income taxes, sales taxes, excise taxes, payroll taxes, property taxes, estate taxes, and gift taxes, to name a few. Each state has the authority to employ taxes differently; in some states, like Florida, there is no personal income tax.

While the U.S. economy is based on a free enterprise system, it does not necessarily produce all the services and revenue needed by society as a whole. Thus, taxes give the necessary revenue for government agencies to provide specific programs and services to the general population. Since everyone benefits from these services, levying taxes on citizens is thought of as the most practical way to pay for them. Education, transportation, retirement, disability, and veteran’s benefits are just a few examples of the litany of programs that operate because of taxes.

The impetus for tax reform occurred in the 1950s. Taxes were increasingly seen as a tool for increasing revenue and stabilizing the economy. In 1964, individuals in the highest bracket were being taxed at a staggering rate of 91 percent, so lawmakers started creating various exemptions to make the rates more palatable to citizens. The creation of Social Security and Medicare programs required additional tax revenues, and slowly increased the payroll tax rate.

The most notable tax reforms occurred in the 1980s, during President Ronald Reagan’s administration. Many were convinced that lowering the marginal tax rates for all were absolutely essential to a strong, stable economy. In 1981, Reagan signed the Economic Recovery Tax Act into law, which included a 25 percent reduction in marginal tax rates for individuals, phased in over three years, then indexed for inflation. Then came the Tax Reform Act of 1986, the broadest revision of the federal income tax in history. When the measure finally passed, it produced a simpler code with lower rates and fewer tax breaks. The changes were widespread, affecting every family and business in the country.

While the Tax Reform Act of 1986 was considered one of the most significant pieces of legislation ever passed, its overwhelming success was relatively temporary. The legislation closed tax shelters for particular individuals, but it did little to close all of the exemptions that prevent overall economic growth. Additionally, many of the tax loopholes that disappeared in the ’80s have been added back into the tax codes.

Since the 1980s, the tax code has been altered numerous times. An analysis by the Huffington Post in 2013 showed that the tax code has had 4,680 changes since 2001, more than one a day on average. In 2001, President George W. Bush reversed the trend of tax increases with tax cuts when he signed into law the Economic Growth and Tax Relief Reconciliation Act of 2001. The tax bill stemmed directly from Bush’s campaign promises to return the country’s budget surplus to the American people in the form of tax relief.

Bush’s temporary tax cuts, which were set to expire at the end of 2010, became permanent after Congress voted to extend them in 2013. Research has shown that these tax cuts drove the deficit, fueled income inequality, and benefited the wealthy over the middle-class. According to the Tax Foundation: “The bill cut the rates of the top four tax brackets by 3-4 points, added a new 10 percent bracket for low-income households, increased the standard deduction for married couples, and doubled the child tax credit.”

Trump’s tax plan has been compared to the 2001 Bush tax cuts. Trump plans to simplify the U.S. tax code by combining the seven tax brackets into three, with individual tax rates at 12 percent, 25 percent, and 33 percent. Moreover, Trump also wants to repeal the death tax, and increase the standard deductions for joint filers and single filers.

Trump’s tax plan would eliminate Obamacare’s net investment income tax, an additional tax on investment income, as well as the Alternative Minimum Tax. The original goal of the AMT was to ensure that a small number of wealthy taxpayers pay some tax; however, now it ensnares millions of taxpayers because the threshold of the AMT has not increased at the same pace as taxpayer income.

The top one percent of earners in the country will likely gain the most from Trump’s tax plan. Top earners would see the largest tax cuts–up to 7.3 percent–and middle-class families are poised to see their taxes rise under Trump’s plan, particularly single-parent families. Lily Batchelder, visiting fellow at the Tax Policy Center, noted that a single parent earning $75,000 annually with two school-age children would face a tax increase of over $2,400, as the Trump plan eliminates the $4,000 exemption for each person in a household. Additionally, a study by the Tax Policy Center found that three quarters of the total tax cuts would go to the top one percent of earners. Even the Tax Foundation, a more conservative D.C. think tank, found that all taxpayers would see an increase in after-tax income of at least 8.4 percent, but the top 1 percent would see a jump of 13 percent.

Steve Calk, a Trump economic adviser, argues that there will be large tax cuts for middle-class families. Calk contends that the Trump proposals will boost economic growth by reducing the corporate tax rate from 35 percent to 15 percent. The Tax Policy Center estimates that the government is poised to lose roughly $6.2 trillion in revenue, but economists are still in disagreement as to whether the Trump tax plan will be positive or negative for the economy. The Trump plan seeks to eliminate the federal estate tax completely; thus, the wealthiest taxpayers, the only people who pay this tax in the U.S., are likely to save even more under the Trump administration.

Without levying taxes, it would be difficult to generate the necessary revenue to fund government programs and services. As Supreme Court Justice Oliver Wendell Holmes once said, “Taxes are what we pay for a civilized society.” The nature of such taxation, however, is certainly subject to interpretation.

Trump’s tax plan is likely to cause controversy as the months unfold in his administration. Moreover, Trump’s proposed alterations are subject to approval by Congress, so it’s highly likely that some aspects of Trump’s plan will be different after negotiation. Congressional Democrats have stated that they will try to prevent Republican plans to overhaul the tax code, noting that the proposed changes are a massive benefit for wealthy citizens, not working-class Americans. On a positive note, there are elements of Trump’s plan that may improve incentives to work, save, and invest. Whether this plan will generate positive changes for the economy and for working-class families, however, is still up for debate.

Nicole Zub
Nicole is a third-year law student at the University of Kentucky College of Law. She graduated in 2011 from Northeastern University with Bachelor’s in Environmental Science. When she isn’t imbibing copious amounts of caffeine, you can find her with her nose in a book or experimenting in the kitchen. Contact Nicole at Staff@LawStreetMedia.com.
Share:
Related ItemsBush tax cutsDonald TrumpERTAfederal income taxTax PlanTax Reform Act 1986Taxes