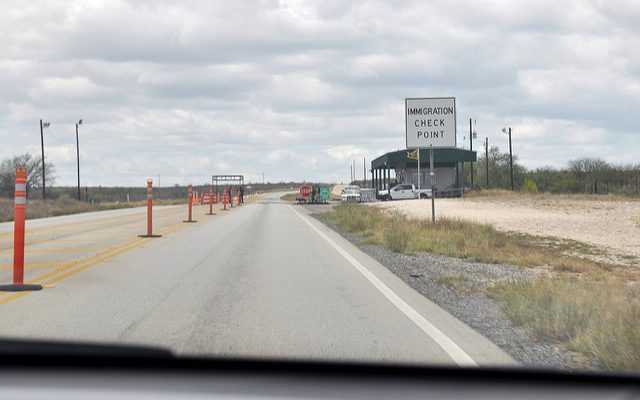 The Future for Dreamers: A Road of Uncertainty Under President Trump

For a president who has defined himself by his harsh immigration stance, President Donald Trump’s recent announcement seemed to go against this position. Dreamers, for now, will not have their protections eliminated, Trump said. In a June 15 statement, the Department of Homeland Security said: “The June 15, 2012 memorandum that created the Deferred Action for Childhood Arrivals (DACA) program will remain in effect.”

This seemed like good news for Dreamers. But White House officials said that the long-term plan for DACA and Dreamers has not been officially set, leaving hundreds of thousands of immigrants in limbo. Trump’s statement followed an interview with the Associated Press in April, when Trump said that Dreamers could “rest easy.” The Trump Administration is “not after the dreamers, we are after the criminals,” he said.

Becoming a naturalized U.S. citizen is a long process. U.S. Citizenship and Immigration Services lists the 10 steps that one must take to become a naturalized citizen. Though it’s broken down into 10 steps, these steps can, and do, take years. USCIS also created a “worksheet” that people can follow to see if they qualify to become U.S. citizens. For those without help–legal or otherwise–the process can seem daunting.

DACA created a channel for certain immigrants, specifically children brought to the U.S. by their parents to gain the legal documentation to remain in the country. Calling this channel into question causes anxiety for many immigrants who previously thought they were safe.

What is a Dreamer?

“Dreamer” is the term often given to those covered by DACA. This gets confusing because there is a separate act, the “Development, Relief, and Education for Alien Minors Act of 2011,” commonly referred to as the DREAM Act. The distinction is that the DREAM Act was never passed. A report released by University of California, Los Angeles summarizes the program as such:

First introduced in 2001 by Senators Orrin Hatch (R-UT) and Richard Durbin (D-IL), the DREAM Act is a bipartisan bill that would provide undocumented youths who came to the United States before the age of sixteen a path toward legalization on the condition that they attend college or serve in the U.S. military for a minimum of two years while maintaining good moral character

Former President Barack Obama ultimately created an executive order that came to be known as DACA (see below for more details on the specifics). DACA, while it did not provide a path to citizenship, worked to ensure that immigrants who came to the United States as minors and who were now pursuing work or education, could not be deported. The fact that DACA is an executive order and not an act  opens it up to vulnerability at the hands of Obama’s successors, including Trump, who could roll it back.

The protections of DACA provide peace of mind for the Dreamers it covers. For young immigrants who are trying to earn a college degree, the program provides assurances that they can continue their studies without the risk of deportation. But under Trump, Dreamers cannot rest easy quite yet. On June 16, a day after announcing the program will stay for the time being, White House officials said that the long-term fate of the program has not yet been decided.

What exactly is DACA?

The Deferred Action for Childhood Arrivals, or DACA, is an immigration policy enacted in 2012 under the Obama Administration. Rather than working toward a path to legalization, DACA allows immigrants who entered the country illegally as minors to apply every two years for a work permit. The purpose of this policy was to take the pressure off non-threatening illegal immigrants. If an immigrant came to the U.S. as a minor and was working or attending school and not getting in trouble with the law, he or she would not be deported. DACA currently covers around 750,000 immigrants.

Obama left a mixed legacy in terms of immigration. While Obama never incited chants to “Build a wall,” he still cannot be considered a savior for immigrants. According to the Department of Homeland Security, he deported more illegal immigrants than any of his predecessors. Compared to George W. Bush, Obama’s deportation numbers are far higher. Obama deported roughly three million compared to Bush’s two million. Obama, too, was stricter about fining companies that employed illegal immigrants.

But right now the most important remaining aspects of Obama’s immigration legacy stem from DACA. Immigrants protected under this policy do not represent the majority. In fact, of the almost 11 million illegal immigrants in the country, DACA covers about 750,000. So while the Trump Administration’s current promise to retain DACA is a step forward for those who support immigration, the status of a majority of illegal immigrants remains in jeopardy.

“You Need to be Worried”

White House officials have been careful to not mince words. Thomas Homan, acting director of Immigration and Customs Enforcement, had direct advice for illegal immigrants. At a recent House Appropriations subcommittee hearing, he said, “If you are in this country illegally, and you committed a crime by entering this country, you should be uncomfortable, you should look over your shoulder, and you need to be worried.”

The Trump Administration’s statement released on June 15 also said DAPA (Deferred Action for Parents of Americans) would be rolled back. DAPA, a policy to protect the illegal immigrant parents of American citizens or people who have legal documentation to be in the country, was never actually put in place. After making it all the way to the Supreme Court, a deadlocked 4-4 court could not rule on the proposed plan. But it has now been effectively voided by Trump.

Trump ran a campaign that was hardly subtle about his feelings about immigrants. Trump began his campaign making unsavory comments about Mexican immigrants. “Build a wall,” an allusion to increased security on the Mexican border, was one of the bastions of the president’s election rallies. But many immigrants, not just from Mexico, have felt the hostility of the current administration.

And once he got into office, Trump wasted no time in trying to stymie immigration. After exactly one week in office, the president signed an executive order suspending citizens from Iraq, Syria, Iran, Libya, Somalia, Sudan, and Yemen from coming to the United States for 90 days. The following day, federal Judge Ann M. Donnelly blocked part of the executive order on the grounds that it “violates their rights to Due Process and Equal Protection guaranteed by the United States Constitution.”

On February 2, the administration eased the executive order to exclude those with green cards. A month later, on March 6, the president released another revised travel suspension, this time excluding Iraq. This revised ban was blocked by district court Judge Derrick Watson of Hawaii. Additional parts of the revised ban have been blocked by federal judges as well. The actions taken by the Trump Administration have been for the safety of the American people, the president says. But more than protect Americans, the attempted bans have cast the Trump Administration as one that is unfriendly to immigrants.

While Trump has yet to sign an executive order that suspends immigration from Mexico or other Latin American countries, he has not been extending an open welcome to any of those citizens either. Trump has repeatedly emphasized the need to build a wall on the Mexican-American border– a wall that Mexico will pay for, he has said. Before Trump was inaugurated, Mexican President Enrique Peña Nieto made clear that Mexico would not be paying for the wall. For now, the fate of the wall (and who will pay for it if it ever gets built) remains uncertain.

What also remains uncertain is the fate of certain immigrants with DACA status. Juan Manuel Montes, 23, had been in the United States since he was nine. Montes had protection under DACA that allowed him to live in the United States legally, as long as he kept renewing his two-year work permit. Montes says that back in February he forgot his wallet (with his ID and DACA papers in it) in a friend’s car. While waiting for a ride home, border patrol agents stopped him.

Without papers, Montes had no way to prove he had legal justification to not be deported. He was swiftly sent to Mexico. The Department of Homeland Security denies deporting Montes at all. Rather, they said they found him crossing the U.S. border, an action Montes claims he took after being deported. While the details are unclear, the overall message is not. Immigrants protected by DACA are safe from deportation now, but their status could change.

The future remains murky for immigrants. Those coming from the Middle East could be subject to yet another revised travel ban. Those already in the country, living under protections that formerly guaranteed their safety may eventually not have those same privileges. The volatility that the Trump Administration has been demonstrating likely won’t put anyone at ease. With the president saying or tweeting something one day and then his officials clarifying his statements days or hours later, it makes it hard to know what is happening. Uncertainty is the biggest concern right now.

Anne Grae Martin
Anne Grae Martin is a member of the class of 2017 University of Delaware. She is majoring in English Professional Writing and minoring in French and Spanish. When she’s not writing for Law Street, Anne Grae loves doing yoga, cooking, and correcting her friends’ grammar mistakes. Contact Anne Grae at staff@LawStreetMedia.com.
Share:
Related ItemsDACADonald TrumpDreamerDREAMersImmigrationMexico