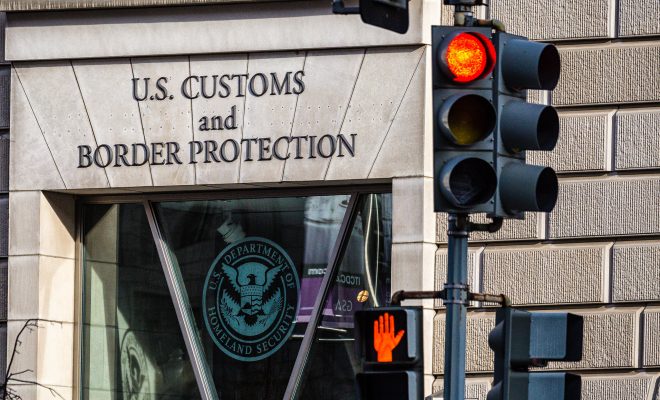 On May 7, Texas Governor Greg Abbott signed a bill that will allow law enforcement officers in Texas to inquire about people’s immigration status during stops. It also threatens to punish officers who do not cooperate with federal immigration agents. While the signing–which took place spontaneously on a Sunday night–caught opponents by surprise, the places targeted by the law, known as sanctuary cities, have been a large part of the public immigration debate lately. What is less clear is what exactly sanctuary cities are and why there has been so much controversy surrounding them. Read on to find the answers to these questions and the outlook for so-called sanctuary cities going forward.

So what exactly are sanctuary cities? Although the term is frequently thrown around, there is actually no legal definition for what constitutes a sanctuary city, it’s more of a concept. Much of the debate boils down to how local law enforcement cooperate with federal immigration efforts. There are several cities and local governments that have laws preventing local law enforcement from turning over suspects to federal authorities for deportation. Although this may seem surprising, as the law currently stands, local authorities have no legal obligation to assist federal immigration enforcement. There are currently at least five states and 633 counties with some sort of laws limiting law enforcement officers from cooperating with federal immigration agents.

The video below details what sanctuary cities are and how they work:

On his fifth day in office, President Donald Trump entered the fray by drafting an executive order that threatened to punish any local governments that do not aid federal authorities in tracking down and detaining people who entered the country illegally. Not only did Trump’s executive order threaten to punish these cities, it also made more people eligible for deportation. Namely, the order now allows anyone who has, “committed acts that constitute a chargeable criminal offense or pose a risk to public safety in the judgment of an immigration officer” to be deported. Before Trump’s executive order, the focus for deportation had been a crime-based removal rational, specifically targeting those who had already been convicted of crimes.

The previously established guidance allowed local law enforcement to choose to hold someone or not while Immigration and Customs Enforcement (ICE) initiated with deportation proceedings. If a local jail had someone targeted for deportation, federal immigration authorities would ask local law enforcement to hold that person for additional time, typically 48 hours, so that they could initiate the deportation proceedings. However, with the recent executive order, counties that limit their cooperation with federal authorities–an example of which may be declining federal detention requests–would need to change their policies or face a potential loss in federal funding.

Local law enforcement had the option to deny retainer requests in the first place because the Department of Homeland Security determined that holding someone without a warrant while deportation proceedings began could actually be a violation of the Fourth Amendment. And given additional legal issues surrounding conditions placed on federal grant funding, President Trump’s executive order was frozen in April by a federal judge. Regardless of the order’s fate, there is still confusion between neighboring districts and fear among law enforcement that orders like these will prevent immigrants from speaking to and assisting the police.

While sanctuary cities have taken on greater prominence under the Trump presidency, the sanctuary movement actually goes back more than 30 years to another celebrity Republican president. That president was Ronald Reagan and the people arriving then were from Central America, fleeing authoritarian governments supported by the United States in an effort to stop the spread of communism. In that case, the United States refused to help the refugees trying to escape violence from a government that it had helped keep in power. However, churches, colleges, and even cities responded by whisking these people across the border into safe havens.

The video below looks at the origins of the sanctuary movement:

Although targeting sanctuary cities and increasing deportation efforts have become important issues for Republicans lately, historically, expanding immigration enforcement has not been unique to one party. On the contrary, Trump’s predecessor President Obama, who is often touted as a staunch civil rights defender, enacted similar policies during his two terms. In fact, at one point during the Obama presidency, deportations reached an all-time high with more than 400,000 people deported in one year. Even after policy changes that sought to refocus enforcement efforts to target only convicted criminals were implemented, the number of deportations remained as high as 240,000 people in Obama’s last year in office. Most of the people deported by the Obama Administration were from either Mexico or Central America.

As for sanctuary cities themselves, in many ways, former President Obama actually helped fuel their rise. While the sanctuary movement had been around for decades, Obama’s Secure Communities program–built off of an earlier Bush presidency idea, which made it mandatory for local police to share information with federal authorities–vaulted the issue into public debate. Obama did eventually end the program, however, he remained focused on immigration enforcement, as the numbers indicate, up to the end of his term. While immigration enforcement has been a priority for presidents from both parties, Obama’s policies shifted the focus toward punishing convicted criminals and sharing information rather than targeting all immigrants. President Trump’s recent efforts go further to increase the number of people considered priorities for deportation and he has started directly confronting cities that limit cooperation with federal authorities.

Although the Sanctuary Movement has been around since at least the 1980s, its future is unclear. As part of the same executive order President Trump signed in January, he also threatened to cut off all federal funding to sanctuary cities. While experts doubt that Trump would be able to cut off all funding for these cities, many of the legal questions have not yet been resolved by the courts. The Trump Administration could also consider getting an injunction against certain policies in certain sanctuary cities that go beyond not helping and actually hinder federal efforts. The following video looks at what President Trump might do to sanctuary cities that refuse to change their laws:

The Obama Administration also predated any of Trump’s actions by threatening to withhold funds for not complying with federal laws. Last February, the Department of Justice, under Attorney General Loretta Lynch, agreed to transfer illegal immigrants who have completed their federal sentences into the custody of immigration officers instead of local authorities if those local authorities have shown resistance to ICE in the past. Additionally, threats to withhold federal grants for places that do not share information when requested by federal authorities came in 2016 under the Obama Administration.

These were not the only efforts to dissuade sanctuary cities either. In 2015, the House also passed a bill, which would prohibit sanctuary cities from receiving certain Justice Department grants. That bill would block federal funding for immigration-related grants, like a program that reimburses cities for the costs involved in detaining deportation targets for additional time, as well as more general law enforcement funding like money from the Justice Assistant Grant program and the Community-Oriented Policing Services program. Despite these efforts at the federal level, many cities have remained defiant. In Boulder, for example, the city voted to recognize itself as a sanctuary city even though doing so would open it up to further funding threats.

In February, shortly after President Trump took office, federal immigration enforcement executed a number of raids across 12 states in an effort to sweep up illegal immigrants. However, these raids differed from those that took place during the Obama Administration in that they targeted a higher percentage of people who had not been convicted of crimes. Although differing from the past administration’s policy guidance, these actions followed in line with the executive order issued by Trump soon after his inauguration.

The sanctuary movement, and sanctuary cities in particular, have sprung up since the 1980s to respond to increased enforcement efforts. However, efforts both by the previous Obama Administration, and now President Trump, have sought to undercut local governments who seek to restrict cooperation with federal authorities. This has been done through vehicles such as Trump’s executive order but also primarily through threats of reduced federal funding. While the president’s efforts to withhold federal funding from sanctuary cities involves several unanswered legal questions, the scope of potential funding losses could cause a significant blow to local budgets. Nevertheless, these places have for the most part continued to stand up and resist federal immigration policies that would require them to assist in deporting illegal immigrants.

With Trump’s executive order on immigration enforcement and others, such as the travel ban, currently working their way through the courts, these issues are in the process of being resolved. An important question after that point is whether the parties involved will abide by the decision reached by the courts.

Michael Sliwinski
Michael Sliwinski (@MoneyMike4289) is a 2011 graduate of Ohio University in Athens with a Bachelor’s in History, as well as a 2014 graduate of the University of Georgia with a Master’s in International Policy. In his free time he enjoys writing, reading, and outdoor activites, particularly basketball. Contact Michael at staff@LawStreetMedia.com.
Share:
Related ItemsCustoms and Border ProtectionExecutive OrderICEImmigrationImmigration EnforcementSanctuary Cities