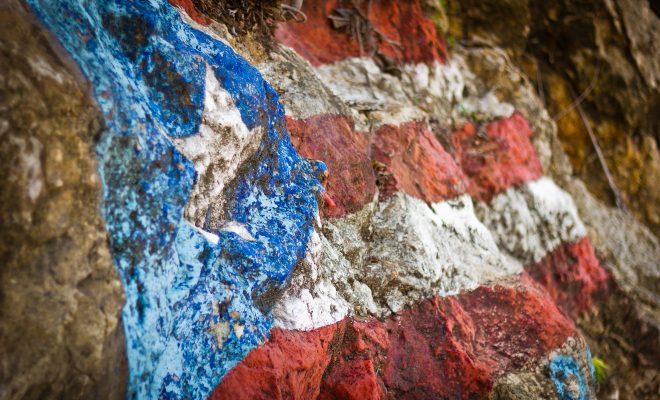 On Sunday, June 11, Puerto Rico voted in a non-binding referendum to become the 51st U.S. state. While that doesn’t necessarily mean much–it certainly does not in any way guarantee that Puerto Rico will actually become a state–it does fit into the overall conversation about the island’s relationship with the United States. Puerto Rico has been a U.S. territory for just over 100 years, and discussions about its relationship with the United States have been constant since then. Read on to learn about Puerto Rico’s potential bid for statehood and what could be next for the territory.

Puerto Rico officially became a territory of the United States on March 2, 1917, when President Woodrow Wilson signed the Jones-Shafroth Act. This act made the people of Puerto Rico citizens of the United States and made Puerto Rico an American territory. The island had been in U.S. possession for about 20 years prior to that point. Spain had ceded the area, as well as Guam and the Phillippines, to the U.S. with the Treaty of Paris that ended the Spanish-American War.

The Jones-Shafroth Act set up a government in Puerto Rico and defined the relationship between the island and the United States. In 1952, Puerto Rico officially became a commonwealth, meaning that it has its own constitution.

But despite such a long history, the relationship has remained contentious. While Puerto Ricans are American citizens, the region doesn’t necessarily enjoy the same privileges as a state. For example, Puerto Ricans don’t have a voting representative in Congress, nor are they able to vote for President (although, interestingly enough, they can vote in primary elections).

Statehood Votes in the Past and Present

In the referendum held on June 11, 2017, 97 percent of Puerto Ricans voted in favor of statehood. But it’s important to note that the vote is actually under some criticism. It had a very low turnout–only 23 percent of registered voters participated. That’s the lowest turnout in an election in Puerto Rico since 1967. And that low turnout was largely due to a boycott organized by parties that opposed statehood, which claimed that the vote was “rigged” in favor of statehood. They complained that the ballot question had been phrased in a way that made not voting for statehood seem negative. Although there was a huge majority that voted in favor of statehood, the criticisms of the referendum may mean that it’s not regarded as a legitimate vote.

The video below goes into more detail about the recent vote:

Arguments in Favor and Against Statehood

The debate is complicated–rife with historical, political, and cultural concerns. But here are some of the most popular arguments for and against Puerto Rican statehood.

Arguments in Favor of Statehood

Those who want to see Puerto Rico become a state claim that it will be better for the area. Currently, the economic situation on the island is dire. Puerto Rico is bankrupt, and as a result, the government has had to implement austerity measures, including closing some public schools. The tax situation in Puerto Rico is also complicated–people who live there don’t have to pay federal taxes on the money they make on the island. But that means that it also doesn’t reap the financial benefits of being a state, like its share of income and corporate tax revenue. According to Frances Robles of the New York Times: “If Puerto Rico had been a state in 2011, it would have received up to $3 billion in additional funding for Medicaid and Supplemental Security Income payments alone, according to a federal Government Accountability Office report.” Statehood advocates claim that with that money, Puerto Rico wouldn’t be in such dire straits.

There’s also a political argument to be made. While Puerto Ricans can vote in party primaries, they are not able to vote in the presidential or vice presidential elections. Additionally, they have no voting representatives in Congress. Advocates of statehood argue that Puerto Rico won’t be able to effectively advocate for itself or its 3.5 million people until it has political representation on par with the rest of the United States (minus other territories and the District of Columbia). Some Puerto Ricans believe they are being treated as “second-class citizens.”

The current governor of Puerto Rico, Governor Ricardo Rosselló, supports Puerto Rican statehood. After the vote on June 11, he stated:

It will be up to this new generation of Puerto Ricans to demand and claim in Washington the end of the current improper colonial relationship, and begin a transition process to fully incorporate Puerto Rico as the next state of the Union.

What Are the Arguments Against Statehood?

There is also a range of arguments for why Puerto Rico should not become the 51st American state. Some argue that it doesn’t make sense to grant statehood to Puerto Rico because of its financial situation. It could be a burden on the rest of the United States to help the island out of its economic struggles.

There’s also an argument that Puerto Ricans don’t actually want it to become a state. The first three times the question was posed–the 1967, 1993, and 1998 votes–Puerto Ricans rejected statehood. While the 2012 vote is cited as the first time that Puerto Ricans voted for statehood, that conclusion is contested, because votes that were essentially abstentions were included. And the most recent vote, the one that garnered 97 percent in support of statehood, remains hotly contested because of the boycotts against it.

There are cultural arguments against statehood as well, including that Puerto Rico’s culture could be watered down if it is fully incorporated into the United States. Puerto Rico has some unique features as a territory of the United States–for example, it sends its own delegation to the Olympics and its own beauty queen to Miss Universe. Some argue that the island will lose part of its identity if it becomes the 51st state.

Probably not that much. The vote that Puerto Rico held over the weekend is non-binding. Congress has the final say on making Puerto Rico a state. Puerto Rico could follow something called the “Tennessee Plan.” In that situation, Puerto Rico’s governor would appoint a delegation proportional to its population–two Senators and five Representatives–to go to Washington, D.C. and demand to be seated. This is the process by which Tennessee became recognized as a state, as well as Michigan, Iowa, California, Oregon, Kansas, and Alaska.

While the Republican Party has long supported Puerto Rican statehood, the addition of seven new colleagues on Capitol Hill, all of whom are likely to be Democrats because they will be appointed by the Democratic governor, would likely not sit well. Additionally, it’s unclear how the Republican Party’s current standard bearer, President Donald Trump, feels about potential statehood. He has tweeted negatively about not wanting to “bail out” Puerto Rico. Long story short, it seems very unlikely that there’s going to be a big change anytime soon when it comes to Puerto Rico’s lack of statehood.

Anneliese Mahoney
Anneliese Mahoney is Managing Editor at Law Street and a Connecticut transplant to Washington D.C. She has a Bachelor’s degree in International Affairs from the George Washington University, and a passion for law, politics, and social issues. Contact Anneliese at amahoney@LawStreetMedia.com.
Share:
Related Items51st StateCongressPuerto RicoReferendumStatehood