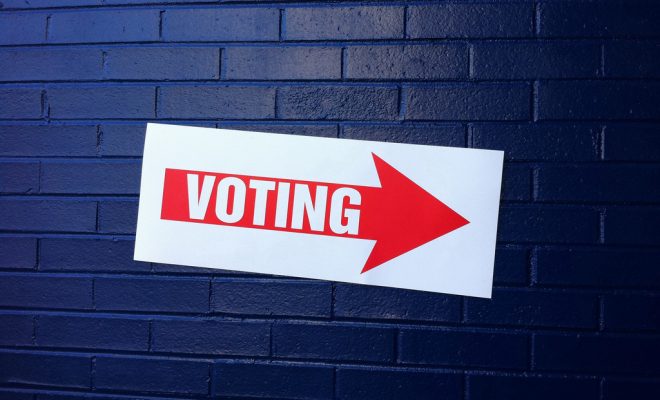 What Part Will Hispanic Voters Play in the 2016 Elections?

As the Hispanic population in the United States rapidly grows, so does its influence on the electorate. As Hispanic voters turn out in greater numbers, both Republicans and Democrats are trying to appeal to these communities across the country. Even if Democrats tend to be more favored by Hispanic voters, Republicans still have a chance to change the odds. One thing is clear: the Hispanic vote will matter a great deal in 2016.

The Hispanic Population in the United States

The largest group of Hispanic people is found in New Mexico (47.3 percent), followed by California with 14.4 million. They are also heavily represented in Texas (10 million) and Florida (4.5 million). In addition, Arizona, Colorado, Illinois, New Jersey, and New York all have more than one million Hispanic residents.

The phrase “Hispanic vote” or “Latino vote” is often used by the media and politicians in reference to this specific electorate and its ability to alter election outcomes. According to recent voting trends, Hispanics constitute a significant bloc of American voters, and their numbers are likely to grow. In 2010, seven percent of all voters in federal elections were of Hispanic origin, but by 2012 they numbered 8.4 percent.

However, Hispanic Americans are less likely to be registered to vote than white or black Americans. According to 2013 data from Gallup, only 51 percent of all eligible Hispanic residents were registered to vote in the 2012 federal elections. At the same time, 85 percent of white voters, 60 percent of Asian voters, and 81 percent of black voters were registered. Similar numbers held for the 2014 midterm elections: 25.2 million Hispanics were eligible to vote, but the number of Hispanic voters was even lower than the already low nationwide turnout of 37 percent.

Even if not all eligible Hispanics are actually voting, they do boost the overall minority vote. Thus, recent ethnic dynamics of the American electorate suggest that a collective ethnic minorities’ voting preferences can alter the outcome of future presidential elections, especially when taking into account the declining numbers of white voters. During the 2012 federal elections, President Obama managed to win with only 39 percent of white electorate support, while Romney lost despite carrying 59 percent of white voters.

Why is Hispanic turnout so low?

There’s no one answer to that question, but there are some important factors to keep in mind. The low voter registration numbers among Hispanics can be in part explained by the fact that many Hispanics are not American-born citizens. Only six out of ten Hispanic voters (35.6 percent) were born in the United States, but 75 percent of American-born Hispanics registered to vote in the 2012 federal elections. In contrast, those born in other nations registered at a much lower rate of 31 percent. Some Hispanics are ineligible to vote because of their immigration statuses. Hispanics who are permanent residents, but not citizens, are allowed to vote in some local and state elections, but are prohibited from participating in federal elections. Candidates for office are also sometimes blamed for low participation rates as they may not offer comprehensive platforms that include issues important to minority voters.

While the majority of Hispanics are either Democrats or Independents, Republicans have recently gained a considerable share of Hispanic votes in gubernatorial elections. For example, during the midterm elections in Texas and Georgia, Republicans captured 40 percent of Latino voters.

Historically, certain states in the U.S. have always voted for either Democrats or Republicans, while there are states that swing back and forth between the two parties–“swing states.” Presidential candidates often campaign more in those states, as they will decide elections. In the 2016 elections, many states with large Hispanic populations are already being viewed as the states to win, including Florida, Colorado, Nevada, and Virginia.

Florida has the largest Hispanic population among the swing states, at more than four million. During the 2012 elections, the Hispanic electorate accounted for 17 percent of total voters. As Florida has a large population of Cubans who historically favor Republicans, the GOP has traditionally made a strong run in Florida. But recently, more Hispanics in Florida have been leaning toward the Democratic Party.

Colorado has the second largest Hispanic population among swing states, at a little over a million. Historically, Colorado has been overwhelmingly Republican, but recent demographic trends have changed the odds for the GOP. During the last two presidential elections, Hispanic constituencies overwhelmingly backed Obama over McCain and Romney, helping him to victory.

The voting situation in Nevada is also uncertain, as both Bush and Obama won the state twice. Obama won Nevada largely due to Hispanic voters who made up 14 percent of the total electorate. However, Obama didn’t do so well with white voters in Nevada, leaving significant chances for the Republican party to capture more non-Hispanic votes in this state.

Traditionally red state Texas may also turn into a swing  state. Thirty percent of its eligible voters are Hispanic; as a result experts believe that the Hispanic vote can make a difference in Texas in 2016.

Even though the Hispanic populations in the swing states are likely to vote for Democrats, many non-Hispanic whites in those states are still overwhelmingly Republican, making it possible for the GOP to win through capturing more white votes. That means that Hispanic voters can play a pivotal role in the final voting decision, but won’t necessarily be the deciding factor anywhere.

Why do Hispanic voters prefer Democrats over Republicans?

While obviously not all Hispanics feel the same way about any given issue, there are certain stand-out issues that tend to draw many Hispanic voters to Democratic candidates. Hispanic voters’ views on major issues such as immigration reform, health care, criminal justice, the economy, and education tend to line up more closely with Democratic platforms.

For one, the traditional Republican stance on immigration is a big reason why they are less popular in Hispanic communities than Democrats, who tend to be more in support of comprehensive reform in this sphere. The 2014 National Survey of Latinos revealed that 66 percent of registered Hispanic voters considered comprehensive immigration legislation an urgent and very important matter. Often Republican-sponsored laws concerning immigration, such as Proposition 187 in California, don’t resonate well in Hispanic communities. Proposition 187, which allowed law enforcement to turn in undocumented immigrants to immigration authorities, is sometimes viewed as the end of the Red California, as the ensuing controversy led to many Democratic victories.

However, according to the 2014 National Survey of Latinos, 54 percent of registered Hispanic voters said that a candidate’s position on immigration is not the only factor in their voting decision. The economy and job creation were viewed as more important than other issues, including immigration and health care.

How will Hispanic voters affect the 2016 elections?

It’s clear that both parties should seriously consider the Hispanic electorate during their 2016 campaigns. While there’s a lot of diversity within the American Hispanic population itself, there are certain issues that have stood as consistent concerns for many Hispanic voters. In any scenario, capturing the majority of Hispanic voters will be essential for both parties in 2016 and beyond.

Gallup: In U.S., Voter Registration Lags Among Hispanics and Asians

Infoplease: Hispanic Americans by the Numbers

Huffington Post: Latino Views on the 2016 GOP Field: Who Can Actually Win the Latino Vote?

MSNBC: Latino Voters Likely to Back Hillary in 2016

Washington Post: Did the GOP Make Inroads With the Latino Vote?

The New York Times: Hispanic Voters Are Important For Republicans, But Not Indispensable

Texas Monthly: Will Texas be a Swing State by 2016?