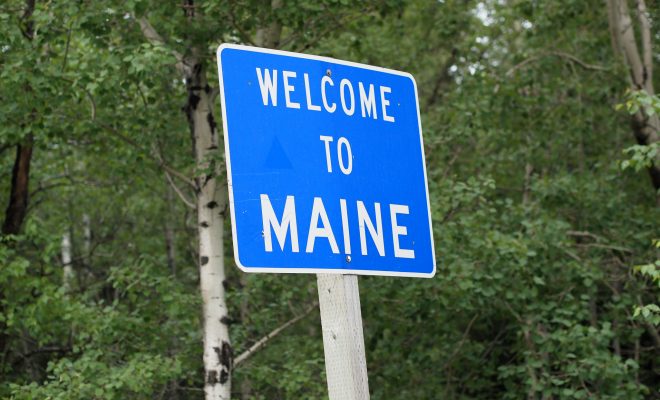 This November, the state of Maine “could change the face of democracy in America,” according to a recent article in Foreign Policy. Lauded as the second-most important election on November 8 by author Larry Diamond, the New England state is predicted to adopt a new voting system where gubernatorial, legislative, and senatorial candidates would be required to earn the majority of votes to secure power. Originally brought forth by a citizens’ initiative with over 61,000 signatures, the Maine Ranked Choice Voting Initiative (Question 5) is currently on the state ballot. If passed, Maine would become the first state to replace plurality with ranked-choice voting (RCV). Considering that Maine has a long history of multi-party elections, this hierarchal arrangement (where candidates are ranked on an ordinal scale) is designed to break away from today’s embedded two-party system–all while encouraging residents to vote for candidates they actually believe in. Not only could this measure set a new precedent for Maine politics, but it could also potentially motivate the rest of the country to redefine statewide elections.

If the referendum passes, the Pine Tree State would become the first to officially veer away from the “winner takes all approach” that has dominated American politics for decades. Also known as instant-runoff voting or preferential voting, Maine’s proposed system would require residents to rank political contenders in order of preference. Supporters of this approach believe it would ensure that the winner actually possesses broad appeal among voters. Already enforced in several U.S. cities and a number of countries (including Australia, Ireland, Malta, and New Zealand), many praise RCV for its potential to strengthen democratic institutions and empower less prominent candidates to fully participate in (and potentially win) political races.

In instances where a candidate does not yield more than half the votes during the first round of tallying, an “instant-runoff” would occur where the person with the least amount of support would be removed from the race. If a voter ranked the eliminated candidate as their top preference, then their vote would go  to their second-highest choice. By enforcing RCV, voters’ opinions won’t be diluted or forced to conform into a single vote. Depending on how many candidates are running, this process would repeat itself until somebody earns more than 50 percent of the votes.

Why is This Relevant to Maine & the Nation

Over the course of Maine’s history, plurality voting has allowed unpopular candidates to win by small margins. Since 1974, only two out of the past 11 elected governors earned a majority vote. During these gubernatorial races, five of these competitors came out victorious with less than 40 percent support. The most recent example of this trend is seen with Republican governor Paul LePage, whose “successes have been largely dependent on splitting the vote between Democrats and independents.” The incumbent governor won the election with 38 percent of the vote in 2010 and 48.2 percent in 2014.

Some also say that he represents a new era in Maine politics based on his hostility toward rival Democrats and racist remarks against people of color. Recently the public official made headlines for attributing Maine’s heroin crisis to black and Hispanic people, as well as vowing to veto every bill from Maine’s Democratic legislature until they approve his motion to eliminate the state income tax.

Seeing that LePage draws many comparisons to Donald Trump, it’s interesting to note that the Republican presidential nominee did not earn over 50 percent of the popular vote during the primaries and caucuses–instead he won the plurality of votes. Based on a report by FairVote, it’s possible that Trump wouldn’t have won the Republican contest if RCV was utilized based on simulated Super Tuesday results.

A recent poll by the New Hampshire Survey Center saw that 48 percent of Maine voters were in favor of the referendum, while 29 percent were opposed to the measure and 23 percent were undecided. If implemented, ranked choice voting would restore the fundamental tenants of majority rule, requiring that officials earn an absolute majority (50 percent, plus one vote) to hold office. Voting “yes” on Question 5 would therefore make bipartisan elections less predictable by giving third parties more of a viable opportunity to participate in statewide general elections. Citizens would no longer feel dissuaded from “throwing away a vote” by voting for third-party candidates, which has been a common sentiment throughout this year’s presidential election. Instead of feeling obligated to vote for a candidate you don’t completely condone, RCV safeguards a diversity of public opinion.

“We need a system that works–where candidates with the best ideas, not the biggest bank accounts have a fighting chance,” said Dick Woodbury, who is part of The Committee for Ranked Choice Voting in Maine. “You should never have to vote for the ‘lesser of two evils’ when there is another candidate you really like.”

For candidates to have successful campaigns, they will also be required to appeal to a wider range of constituents in order to receive more general support. Essentially this would eliminate strategic voting (voting for one candidate to ensure the other one loses) and discourage politicians from investing in negative campaigns against their competitors, according to the Committee for Ranked Choice Voting in Maine.

Critiques Against the Referendum

A prominent argument made against RCV involves its alleged complexity. After decades of utilizing plurality rule, voters may need to acquaint themselves with new procedures and logistics. Since RCV functions best with multi-party elections, this system would also require voters to be better educated about candidates and their platforms. Nonetheless, this could require voters to invest more time and effort in order to make informed decisions. Certain opponents, such as Maine Republican State Representative Heather Sirocki, also consider RCV to be unconstitutional based on Maine law. Sirocki argues that plurality is woven into the Maine constitution, saying that the election of governors and state senators or representatives require “a plurality of votes” to determine the winner.

“Until recently, I assumed that all measures placed on the ballot were lawful. I was wrong,” wrote Sirocki in an op-ed featured in The Maine Wire. “Blatantly unconstitutional questions may appear on the ballot as long as enough valid signatures are certified by the Secretary of State.”

An additional constitutional concern for RCV is the manner in which the votes will be calculated. It is specified in the Maine constitution that votes must be tabulated at a municipal level. The implementation of RCV, however, could require a different process for counting ballots. Critics are particularly disapproving of this caveat due to the inflated levels of time and money required to facilitate a election. Enacting RCV would likely cost more than Maine’s current $248,000 budget for elections.

With the legal challenges surrounding Question 5 laid out on the table, the referendum would certainly necessitate an amendment to Maine’s current constitution. In the event that Maine votes “yes” on the initiative, its final application would be contingent upon a two-thirds approval of Maine’s legislature and voter approval at a state-wide referendum. As far as legality goes, Maine Secretary of State Matthew Dunlap remains confident that his state’s legal framework can be altered via statewide plebiscites or the legislative process.

“It’s a matter of opinion,” said Dunlap. “Formally, everything considered and passed either by the people directly or through their representatives in the Legislature is considered to be constitutional unless and until challenged successfully before the Law Court. The folks in the black robes have final say on constitutionality.”

There may be a ripple effect throughout the country if Mainers decide to pass Question 5. As the national election quickly approaches, many Americans seem dissatisfied (not to mention misanthropic) over this year’s outcome. Simply put, neither the Republican or Democratic nominee are well-liked among a majority of citizens. The federal incorporation of RCV, however, would alleviate two major criticisms of the American electoral system: ensuring that the winner truly has the approval of the electorate and empowering voters to support their first choice–regardless of whether or not they are truly capable of winning or not. If RCV were to be federally implemented someday, candidates like Bernie Sanders, Jill Stein and Gary Johnson would possibly be better equipped to someday compete against today’s uncompromising bipartisan culture.

Vox: Maine Could Become the First State in the Nation to Have Ranked Choice Voting

Editor’s Note: This article was updated on 10/31/2016 to clarify language on the possible ramifications of Ranked Choice Voting in Maine.