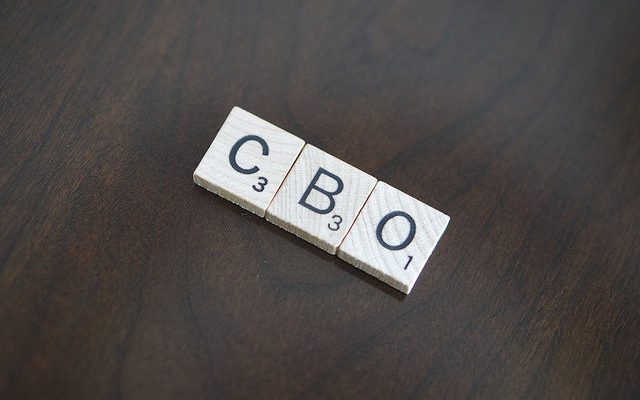 Keeping Score in Washington: What You Need to Know About the CBO

The New York Times calls it “Capitol Hill’s official scorekeeper.” NPR says it’s made up of a group of “supernerds” who give Congress information. If you’ve been following news about the Senate’s struggle to pass a health care bill, you’ve likely heard its acronym: CBO. But what is the Congressional Budget Office? And how credible are its forecasts? Read on to learn the basics about the government’s nonpartisan group of go-to experts.

The Congressional Budget Office was established under President Richard Nixon, as one part of the Congressional Budget and Impoundment Control Act of 1974. Upset with Nixon’s practice of impounding, or not spending, funds that had been allocated for specific projects, Congress drafted the bill to increase congressional power of the purse and regulate the budget process.

Aside from setting up the CBO as an independent agency, the rest of the bill revamped the government’s budget process and established the House and Senate Budget Committees. Alice Rivlin, appointed by Democrats, was the first director of the office, and is credited with solidifying its culture of nonpartisanship.

The body was set up to be nonpartisan, to “provide the Budget Committees and the Congress with objective, impartial information about budgetary and economic issues,” according to the agency’s website. In practice, this emphasis on objectivity means that the CBO’s data is either revered or loathed by either party when politically convenient.

Since its inception, objectivity has remained an integral part of the CBO’s mission. In a 1976 memo to staff, Rivlin wrote that the work of the CBO must be “free from partisan tinge,” adding that any appearance of taking sides in a legislative battle would put the trustworthiness of its information in jeopardy.

“We are not to be advocates,” the memo reads. “We are not to make recommendations or to characterize, even by implication, particular policy positions as good or bad, wise or unwise.”

To ensure objectivity and provide information that politicians will respect, the CBO goes through a multi-step process. Staff analysts begin by reading relevant research and literature on related topics and analyzing data from government agencies and committees. They then consult experts from universities, think tanks, and industry groups, as well as federal, state, and local government representatives to get outside perspectives from different backgrounds. The research and reports are then reviewed internally, by employees and analysts of different levels, and externally by more experts.

As a rule, the CBO makes no policy recommendations. Its findings are facts-only reports on data and relevant research, condensed into reports that representatives and the public can read and understand before drawing their own conclusions. The agency also has a set of strict policies to prevent employees from incurring any potential financial conflicts of interest and to limit their partisan political activities.

What Exactly Does the CBO Do?

Throughout the year, the CBO puts out a series of products–predictions, reports, analyses–that provide information about the economic impact of proposed or enacted legislation. This is the “between the lines” information that sponsors of a bill might not reveal, or even know themselves. It helps the general public understand the effects of policy, and helps politicians make decisions on whether or not to support certain policies.

The agency makes the news most often for its cost estimates, which it creates for “virtually every bill approved by Congressional committees.” A recent cost estimate of the American Health Care Act found that the act would result in 23 million more Americans uninsured over the next decade. All of the cost estimates can be found on the agency’s website.

In addition to these, the CBO publishes analyses of the president’s budget, a monthly budget review, analyses of federal mandates, scorekeeping for legislation, and various other analytic reports and data compilations.

The head of CBO is appointed by Congress to a four-year term. The current head, Keith Hall, was nominated in 2015 by House Republicans and is the ninth director of the office. All staff are appointed by the director without regard for political affiliation.

Currently, the agency has about 235 employees, including economists, lawyers, analysts, and policy wonks of all sorts. Staff are divided into eight divisions, each of which focuses on a particular aspect of government budget issues.

How Much Power Does the CBO Have?

The nonpartisan aspect of the CBO is what makes its predictions and reports so influential in Washington. The CBO is widely respected by politicians from both parties, as well as the mainstream media and the public. Though the reports avoid making value judgements on legislation, CBO scores can often be key in shaping policy. Sometimes, politicians or other parties to legislation will wait until the CBO analysis is released before committing to a bill.

CBO researchers also make it their mission to avoid too much jargon so that their work is transparent and can be understood by politicians and the general public. The reports and publications do not stand alone–the CBO makes sure to include descriptions of methodology and contextual information.

“Although much of the work that CBO does is extremely technical, the agency devotes substantial time and energy to presenting the work as clearly and non-technically as possible,” according to an agency document.

Cost estimates of proposed legislation are dependent upon the CBO’s baseline budget and economic projections, which show how the economy will fare under existing laws. The office acknowledges that the changing nature of laws and other economic and technical factors can affect the accuracy of this benchmark.

“Actual budget and economic outcomes are almost certain to differ from CBO’s projections even if the projections are a perfectly accurate forecast conditional on existing laws,” the same document reads. “The differences between projections and outcomes can be misleading measures of the quality of the projections unless adjustments are made for changes in laws.”

How Trusted are CBO Forecasts?

In general, politicians and experts from varying political backgrounds say the CBO is a trustworthy and important source of information, but the difference between projections and outcomes make some question the validity of CBO research­–especially when doing so is in line with their agenda.

The recent CBO report on “Trumpcare” prompted fiery critiques from members of the administration and congressional supporters of the bill. Tom Price, the secretary of health and human services, told reporters that the CBO’s projections were “not believable.” “We strenuously disagree with the report,” said Price, who was previously one of the House Republicans who nominated Keith Hall to be director of CBO.

White House Press Secretary Sean Spicer said the CBO was inaccurate, citing its incorrect predictions of how many enrollees Obamacare would have. “If you’re looking to get a bull’s-eye accurate prediction to where it’s going, the CBO was off by more than half last time,” Spicer said. “The last time they did this, they were wildly off.”

Newt Gingrich also criticized the CBO in an interview with a Fox News host, calling the agency “corrupt” and “dishonest.” “They should abolish the Congressional Budget Office,” Gingrich said. “It was totally wrong on Obamacare by huge, huge margins. I don’t trust a single word they have published, and I don’t believe them.”

Given these criticisms, it is important to note again that the CBO insists on nonpartisanship. Hall, the current head, was nominated by Republicans. The agency also has a long history of leaders breaking with assumed party lines to publish information. Rivlin, the first director, was a known Democrat, but CBO reports under President Jimmy Carter were just as critical as they had been during the Ford Administration. Health care under President Bill Clinton was slowed due to CBO reports under agency head Robert Reischauer, a Democrat. An early version of Obamacare was also critiqued heavily after CBO scores were released. “Notably, most (but not all) prominent flash points in CBO history occurred during a period of partisan alignment,” writes legislative politics expert Sarah Binder in The Washington Post.

The CBO’s credibility and influence as a nonpartisan “scorekeeper” is vital to the legislative process. As the fight for healthcare reform continues in Congress, the CBO’s role and influence in Washington will become even more obvious. Learning the background of the agency and how to interpret its work will help anyone interested in politics better understand the complicated inner workings of Congress.