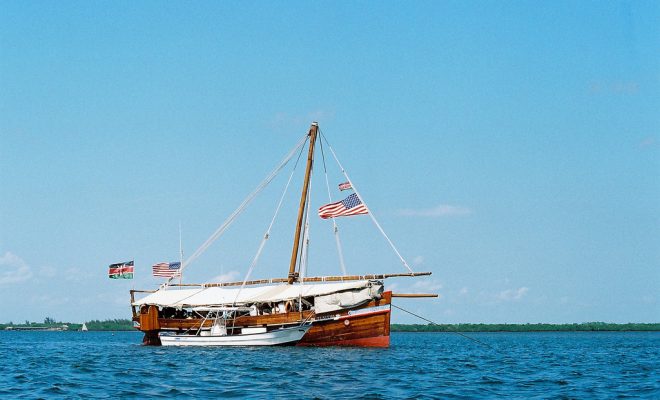 The Jones Act: Outdated or Vital?

If you have bought something from any store that does not sell products made in the United States, be it a local small business or a corporate giant like Walmart, the transportation of products that you bought was likely governed by a law known as the Jones Act. Find out what the Jones Act is and why people are fighting to repeal it.

What does the Jones Act do?

The Jones Act requires that all merchandise transported between two ports within the jurisdiction of the United States be carried by a U.S.-flagged vessel that was built in America, is owned by an American citizen, and crewed by American merchant mariners. This act not only encompasses inland bodies of water, such as the Great Lakes or the Mississippi River, but also extends to areas beyond the continent including the states of Alaska and Hawaii, as well as the territories of Guam, Puerto Rico, and American Samoa.

Also called the Merchant Marine Act of 1920, it was put into place in the same year and has been updated over the decades with its last update in 2006. The Jones Act supplies the United States with the following:

What is the debate over the Jones Act?

Senator John McCain (R-AZ) introduced an amendment to the Keystone XL Pipeline bill on January 13, 2015 that would repeal the Jones Act.

The two camps that are involved are those that wish to see McCain’s amendment to scrap the Jones Act pass and those that wish to see it fail so that the Jones Act remains law. For those who do not support the Jones Act, they see it as an antiquated law that is hindering economic growth in territories that are under United States jurisdiction, as well as the two states that are not part of mainland America. They also state that the United States has too few ships that qualify under the Jones Act to make it cost effective. On the flip side, those who support the Jones Act state that the act promotes economic growth for the shipping industry and that scrapping the act would cost a lot of jobs. Furthermore they state that scrapping the act would allow foreign ships to sail up America’s waterways, which could pose a national security hazard.

Concerns if the Jones Act is Scrapped

There could be a loss of jobs due to the closing of ship building and maintenance. There are also worries that there could be a loss of transportation for armed forces, which would negatively impact future conflicts in which the United States becomes embroiled. To give an example from a previous conflict, during the wars in Iraq and Afghanistan, more than 90 percent of all needed material was moved to the war zones via water transportation.

Supporters of the Jones Act also worry about the loss of border security, as ships from all nations, even those who are hostile against us, could have access to inland rivers such as the Mississippi.

Arguments for Eliminating the Jones Act

Opponents of the Jones Act highlight the possible decreases in the cost of living in the territories, Alaska, and Hawaii, though this benefit could be offset by increase in prices to foreign shipping companies. It is thought that repealing the Jones Act could benefit the American economy, as it may be cheaper to build ships elsewhere. It additionally will increase competition in the shipping industry, also thought to be a benefit to the economy.

Prior Attempts to Repeal

McCain has attempted to repeal the act before. In 2010 with support from co-sponsor and fellow Republican Senator James Risch of Idaho, McCain put forward a bill similar to the current amendment; however, S3525, the Open America’s Waters Act, died in committee, meaning that it never got past a small group of senators who debated its merits. As a result, the 2010 version had no chance to make it to the Senate floor to be debated upon by the whole of the Senate.

McCain is the leader of the current charge to repeal the Jones Act, stating when he filed the amendment that he has “long advocated for a full repeal of The Jones Act, an antiquated law that has for too long hindered free trade, made U.S. industry less competitive and raised prices for American consumers.”

Who Else is on Board to Repeal?

The main group in favor of repealing the Jones Act is the Heritage Foundation. Chief among the Heritage Foundation’s touted benefits from repeal is having better access to requisition foreign ships to fill in gaps that United States shipping cannot fill, and the cost savings and economic gain that small islands under United States control would experience. The group also cites a report from the Federal Reserve Bank of New York, which found that it costs an estimated $3,063 to ship a 20-foot container of household and commercial goods from the East Coast of the United States to Puerto Rico while the same shipment costs $1,504 to the nearby Dominican Republic city of Santo Domingo and $1,687 to Kingston, Jamaica. While the New York Fed does not go so far as to call for the removal of the Jones Act, it  does point out that the act is often cited as a factor that raises business costs.

Lawmakers from Hawaii, Alaska, Puerto Rico, and Guam are also major proponents of the Jones Act’s repeal. Their main complaint with the amendment is that repealing it would help to make the cost of living cheaper for the affected states and territories. According to Hawaiian State Senator Sam Slom it costs about $790 to ship a 40-foot container from Los Angeles to Shanghai, but it costs $8,700 to ship the same container from Los Angeles to Honolulu. This means that it costs 11 times more money to ship something to some domestic locations than international ones. They feel that if the Jones Act is repealed, the cost of living would decrease as residents would not have to spend as much money to get goods, be they from mainland America or from a foreign nation.

Support for the Jones Act

While a single leader in support of the Jones Act has not fully been identified at this point–the amendment is still in committee–Representative Duncan Hunter (D-CA) and Representative Steve Scalise (R-LA) were strong defenders of the act in the past when it was brought under question in 2014. Their actions helped to enact legislation last December that reaffirmed the Jones Act. The legislation also called a strong commercial shipbuilding industry particularly important as Federal budget cuts may reduce the number of newly constructed military vessels

The American Maritime Partnership (AMP) opposes the amendment on the grounds that it would gut America’s shipbuilding industry and outsource U.S. Naval shipbuilding to foreign builders, which would cost hundreds of thousands of family-wage jobs across this country.

For decades, U.S. merchant mariners have provided essential support for the U.S. Navy during times of war and national crisis.  Repealing the Jones Act would remove that support at a time when we are fighting two wars and facing a continuing threat from international terrorism.

The Navy League added that repealing the Jones Act would hinder the commercial maritime industry that is vital to the United States of America.

Finally, the Lexington Institute stated in an article that America has always had a special relationship with water. The institute goes on to state that adversaries of the United States recognize the advantage conferred on the United States by its military preeminence on the seas and are working assiduously to deny it access to that domain and that to prevent that the country needs a Navy that is second to none. In order to maintain it, the Lexington Institute asserts that American shipyards are vital.

The Jones Act has been a major part of America’s merchant marine infrastructure for decades. While there are currently many arguments about the efficacy of keeping the Jones Act in place, the fight certainly isn’t over. However, the benefits of keeping this document have been shown to be beneficial to the United States both in terms of economically and national security, and changing the law may be more harmful than good.

Chris Schultz
Chris Schultz is a Midwestern country boy who is a graduate of Dordt College in Sioux Center, Iowa and holds a bachelors degree in History. He is interested in learning about the various ocean liners that have sailed the world’s waters along with a variety of other topics. Contact Chris at staff@LawStreetMedia.com.
Share:
Related ItemsAlaskaAmerican Maritime PartnershipEconomyHawaiiHeritage FoundationJohn McCainJones ActMarineMerchant MarineNational SecurityNavyShipping