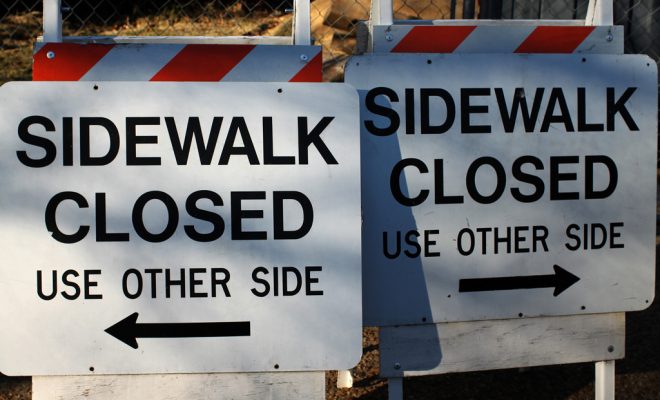 What Does a “Government Shutdown” Entail?

It’s a classic concern in Washington, a seemingly annual potential: a government shutdown. Now, talk of a government shutdown looms over the Trump Administration and the 115th U.S. Congress. This week, Congressional leaders are scheduled to send President Donald Trump a spending bill, but one that notably lacks many of his most inflammatory campaign promises. It doesn’t contain any money for Trump’s border wall and it doesn’t defund Planned Parenthood, among other unfulfilled promises. So, if Trump vetoes the bill, the federal government won’t have the money to function and it will trigger a government shutdown. But what actually is a government shutdown? What does it mean? How often does it happen? Read on to find out.

What is a “Government Shutdown?”

Essentially a “government shutdown” happens when, for whatever reason, a spending bill is not passed. There are multiple ways this could happen. For example, the Republicans and Democrats in Congress may not be able to agree on what measures should be included. Or, the president could veto the bill. But either way, it means that federal agencies don’t have the ability to spend money–meaning they can’t pay their employees or carry out a large chunk of their tasks. That’s deemed a “shutdown.”

Is there anything Congress can do to avoid a shutdown?

Well, obviously passing a spending bill (which is really a collection of appropriations bills in an omnibus) is the optimal course of action. But that’s not the only option, because of course, various factions in the government disagree far more often than the government actually shuts down. That’s because Congress has the ability to pass something called a “continuing resolution”–a quick stopgap measure that gives them more time to figure out the spending bill. A continuing resolution is intended to fund the government at current levels until a permanent solution is figured out.

When has the government shut down in the past?

It actually happens relatively frequently. Since 1976, which was the first year that the budgeting system as it now stands was implemented, the government has shut down–partially or fully–18 times. Many of those shutdowns were incredibly quick and didn’t really affect anything, others were longer and more complicated. Note that many of these cases include multiple moving parts, but here are the basic gists of what stopped at least some of the cogs in the federal government from working:

What Actually Happens During a Shutdown?

Much of what happens during a government shutdown is dictated by the Antideficiency Act, a law originally enacted in 1884 and amended in 1950. According to Andrew Cohen of the Atlantic it is:

a collection of statutory and administrative provisions, really–that forbid federal officials from entering into financial obligations for which they do not have funding, like paying the salaries of their employees or buying the things they need to run the government. It’s also the law that wisely permits certain ‘essential’ government functions–like the military and the courts, for example–to keep operating even in the absence of authorized legislative funding.

So, one of the most notable effects of a government shutdown is on federal government employees. Essentially, government workers are split into a few different groups–those who are “essential” to keep daily life in the United States functioning, and those who aren’t. Those who aren’t include people who operate our national parks and large chunks of lower and mid-level staff at agencies and offices. They are furloughed, without pay, until whenever the government shutdown ends. Workers who stay on probably don’t get their pay on time. And a common point of contention is that members of Congress are still paid, even if there is a shutdown. It was estimated by Standard & Poor’s that the 2013 shutdown cost the economy approximately $24 billion.

Other effects of a shutdown can include delayed Social Security payments, no processing of travel documents like new passports, no processing of applications for things like Medicare, research for certain agencies like the CDC, and certain types of federal loans end up frozen. However, the TSA, Post Office, and active military are all certain to continue functioning.

Of course, some areas are more affected than others. Washington D.C., as a city that is in many ways controlled by the federal government, is pretty hard hit. Check out this video from the New York Times to learn more:

A “government shutdown” sounds quite a bit scarier than it actually is. It doesn’t signal anarchy, or the apocalypse, but rather a temporary (but certainly annoying) halt to some of our government’s day-to-day functions. That being said, it’s not great for those who are particularly affected–like the hundreds of thousands of workers who suddenly have to go for an indeterminate period without pay. It costs the economy quite a bit of money. And it disrupts an already tumultuous funding process for the federal government. It’s unclear when the next shutdown will be, but at this point it seems like it’s become a regular factor in Washington.

Anneliese Mahoney
Anneliese Mahoney is Managing Editor at Law Street and a Connecticut transplant to Washington D.C. She has a Bachelor’s degree in International Affairs from the George Washington University, and a passion for law, politics, and social issues. Contact Anneliese at amahoney@LawStreetMedia.com.
Share:
Related ItemsCongressGovernment ShutdownHouseSenateShutdown