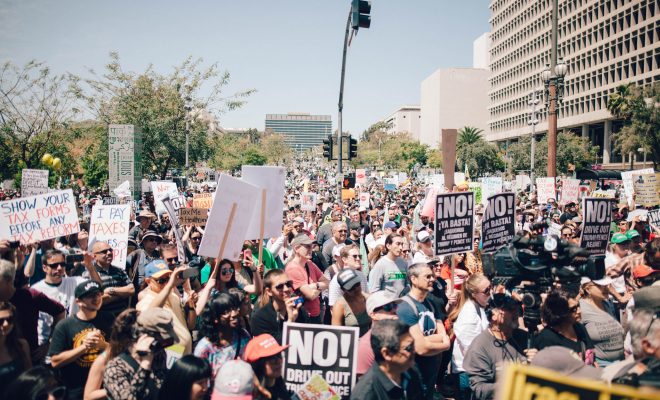 How Do Financial Disclosure Laws Work?

President Trump and many of his advisers have faced criticism for not putting enough distance between their government work and their private financial interests. Ethics watchdog groups, state attorneys general, and even Democrats in Congress have resorted to legal action in efforts to address what they consider to be problematic conflicts of interest. While much about the financial interests of the president is unknown to the public, we can tell a lot from regularly mandated financial disclosure laws. As financial disclosures have become particularly relevant as the new administration gets to work, it’s important to take a look to understand existing disclosure requirements and the people in charge in charge of overseeing the conduct of our government officials. Read on to find out the story behind financial disclosures, the agencies in place to keep politicians ethical, and whether or not the current administration’s actions are out of the ordinary.

A History of Financial Disclosure Requirements

Financial disclosure requirements date back to the 1978 Ethics in Government Act, which was passed in the wake of the Watergate scandal. In an effort at improved oversight, the law created financial disclosure requirements for the president, vice president, all members of Congress (as well as candidates for those offices), federal judges and justices, and certain high-level staff throughout the federal government. High-level staff can include cabinet members, political appointees, agency heads, and others who qualify based on their income and duration of employment. These reports must be filed with the ethics agency that oversees their branch of government by May 15 each year. They must be made available to the public within 30 days of that deadline.

While lower-level government employees do not have to file public financial disclosures, many are still required to submit confidential financial disclosures. Private disclosure requirements generally apply to people whose responsibilities include government contracting and procurement, grant making, licensing, and other areas where conflicts of interest may arise in the course of their work.

So what are all these people required to report? As part of that same Ethics in Government Act of 1978, current federal employees are required to disclose detailed information about their personal financial interests and affiliations as well as some details about their direct family members. Specifically, they must disclose income, gifts, assets, liabilities, transactions, positions outside the government, various agreements, and blind trusts. If assets are held in a qualified blind trust, however, only the value of the assets needs to be reported.

In addition, the STOCK Act passed in 2012 also requires government officials to report transactions totaling more than $1,000 for securities like stocks and bonds. However, reporting is not required for mutual funds. These reports must be made within 30 days of when the official is notified of the transaction and no later than 45 days of the original date of the transaction. The rule applies to all federal officials who also make annual public financial disclosures, and for public officials at the highest level, the disclosures must be posted online. The general idea behind the STOCK Act–which is short for the Stop Trading on Congressional Knowledge Act–is to prevent government officers from using their unique knowledge for their own personal profit.

The video below explains the STOCK Act in terms of how it applies to government employees:

Government ethics offices play a crucial role in the oversight processes, as they create ethical codes of conduct and act as a hub for oversight. Members of the executive branch, including the President and Vice President, file their reports with the Office of Government Ethics. For those in the House of Representatives, they file with the Clerk of the House and House Ethics Committee for Review. Members of the Senate file with the Secretary of the Senate and the Senate Select Committee on Ethics. Lastly, those required to submit financial disclosures in the judicial branch submit them to the Judicial Conference.

The Office of Government Ethics, or OGE, oversees 130 agencies within the executive branch, including the White House. That includes about 2.7 million employees and nearly 400,000 public and private financial disclosure records. As part of this effort, the OGE makes sure executive branch programs are in compliance with ethics rules and is tasked with training the more than 5,500 ethics monitors in the executive branch. The director of OGE is appointed to a five-year term by the president. The OGE is divided into four divisions: the General Counsel & Legal Policy Division, Program Counsel Division, Compliance Division, and Internal Operations Division.

The House Committee on Ethics was founded in 1967. Originally, it was known as the Committee on Standards of Official Conduct, but its name was changed in 2011. The committee has a unique structure that is designed to give equal influence to each party. It includes five representatives from each party and has a non-partisan staff. The committee is responsible for regulating the conduct of House members and providing guidance on all ethical issues. This effort has been bolstered over the years by legislation such as the Ethics Reform Act of 1989, which barred government officials from earning money for certain activities outside their job. Separate groups have also formed from within the Committee including the Office of Advice and Education in 1990 and the independent Office of Congressional Ethics in 2008.

Lastly, members of the judicial branch, namely federal judges, must adhere to the Code of Conduct for U.S. Judges adopted by the Judicial Conference of the United States. The code provides a blueprint for judges detailing how they should conduct themselves and what activities they should avoid. This prohibits judges from hearing cases in which they have private knowledge of disputed facts, a financial interest in the outcome, personal bias, and prior involvement in the case in a different capacity. However, the law does not prevent them from being active outside of their formal position, and in fact, encourages judges to engage in activities that might improve the quality of the legal system. Employees of the judiciary are also expected to uphold the standards set by the conference.

Ensuring the ethical conduct of government officials has become a particularly significant issue for critics of the Trump Administration. Specifically, many people question whether the current president and his associates have adequately distanced themselves from their private interests, as governed by the various ethics committees, to the point where decisions are insulated from conflicts of interest. To his credit, the president has submitted his required financial disclosure form, which at 92 pages is twice as long as former Republican presidential candidate Mitt Romney’s. However, President Trump has been just as steadfast in refusing to release his tax returns, a move that goes against longstanding tradition.

Namely, since 1976, every president or candidate for the position has released their tax returns. While Trump has frequently claimed that he cannot release his tax returns because they are being audited, there is no rule preventing such a disclosure. Like Trump, Richard Nixon refused to release his tax returns during the campaign; however, he did release them later in his presidency while under an audit. This distinction between disclosure forms and tax returns is important because while financial disclosure forms are useful, tax returns would reveal things that would not otherwise be available. Examples of that sort of information include effective tax rates and details about charitable giving. Without this information, there is concern over whether or not the leader of the United States has private interests that may dictate his policy decisions. One example is a proposal made by President Trump and many Republicans to eliminate the Alternative Minimum Tax. When a part of President Trump’s 2005 tax returns was leaked in March, it became public that a large portion of his tax burden that year was due to the Alternative Minimum Tax.

Tax returns released by candidates and presidents have created political problems in the past. For example, Mitt Romney’s tax returns showed that he paid a particularly low tax rate relative to his income because most of his income came from investments, which are taxed at a lower rate. Deductions from charitable contributions also lowered the amount he owed. His tax returns also showed that he had approximately $3 million stored in a Swiss bank account, a fact that the Obama campaign used against him in attack ads. And when President Obama released his tax returns during the 2008 campaign, donations to his church furthered a debate over Obama’s ties to his controversial pastor.

Ethics and conflicts of interest are perennial political issues. In the United States, the Watergate scandal spurred a number of reforms that enshrined certain transparency and disclosure requirements into law. Those efforts extend beyond self-policing as they also created several of branch-specific ethics agencies that set guidelines and investigate misconduct.

Adherence to ethical standards has become an established norm in Washington, D.C. going back at least to the Ethics in Government Act of 1978. Critical to maintaining that tradition is holding people at all levels of the federal government accountable. Ethics and transparency have been issues for presidents over the years and gave rise to particularly large scandals for Presidents Nixon and Clinton. And it appears to be an issue once again with the current administration. While many forms of disclosure are required by law, there are a number of traditions that have previously helped ensure accountability. Given President Trump’s decision to reverse a longstanding norm by refusing to release his tax return, it’s possible that Congress may seek to mandate such disclosure with future legislation.

Michael Sliwinski
Michael Sliwinski (@MoneyMike4289) is a 2011 graduate of Ohio University in Athens with a Bachelor’s in History, as well as a 2014 graduate of the University of Georgia with a Master’s in International Policy. In his free time he enjoys writing, reading, and outdoor activites, particularly basketball. Contact Michael at staff@LawStreetMedia.com.
Share:
Related ItemsEthicsEthics CommitteesFinancial DisclosureGovernment OversightSTOCK Act