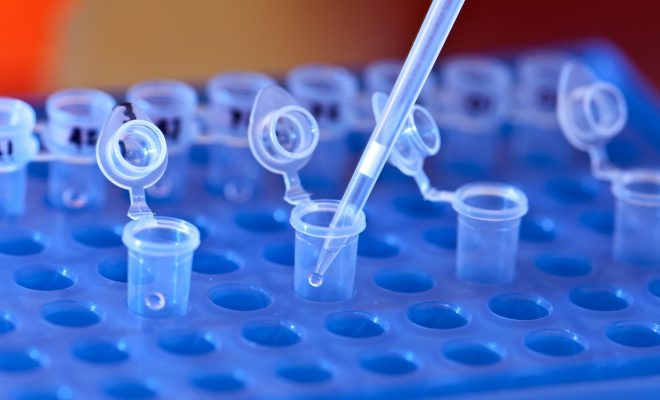 The world’s first baby conceived using a new technique that combines the DNA from three people has been born. The baby boy was actually born in April, but it is now being reported that he seems to be in good health. The issue of combining three people’s DNA is a controversial one, posing questions about ethics and the possibility of intelligent design of embryos. But in this case, Dr. John Zhang at the New Hope Fertility Center in New York decided it was the more ethical choice.

The parents, who are Jordanian, had already endured four miscarriages and the death of a daughter who lived until the age of six, as well as a baby who only lived for eight months. The problem was that the mother carries genes for the hereditary disease Leigh syndrome, which harms the developing nervous system. It affects the body’s mitochondria, which is the structure that provides our cells with energy.

As a last resort to starting a family, they sought out the help of Dr. Zhang. The mitochondrial transfer procedure has only been legalized in the United Kingdom so far and is not used in the U.S. It basically involves taking the nucleus from one of the woman’s eggs, inserting it in a donor’s egg from which the nucleus has been removed, and then fertilizing it with the husband’s sperm. Zhang created five embryos, out of which only one developed normally. He then implanted the embryo in the woman.

Since it is not legal in the U.S., the procedure was carried out in Mexico, where there are no specific regulations. The fact that they had to leave the U.S. to perform the procedure created concern among some experts. But Dr. Zhang defended his decision. “To save lives is the ethical thing to do,” he said.

“This is great news and a huge deal. It’s revolutionary,” said stem cell scientist Dusko Ilic from King’s College in London, where the procedure is legal. He added:

This was an ice-breaker. The baby is reportedly healthy. Hopefully, this will tame the more zealous critics, accelerate the field, and we will witness soon the birth of the first mitochondrial donation baby in the UK.

Creating embryos with three parents has actually been done before with another technique. In the 1990s, scientists tried injecting mitochondrial DNA from a female donor into the future mother’s egg, together with the father’s sperm. But some of the babies born developed genetic disorders so the procedure was banned.

One of the problems with mitochondrial transfer is that it doesn’t guarantee that your child will be healthy. Since the baby will still have some of the primary mother’s DNA, there is a slight risk that the child will inherit the disease that the procedure tried to avoid. Another aspect of the debate is the notion that this type of disease affects very few women, and it would be a better strategy to invest research money into diseases that affect more individuals, or to find a treatment for the disease. Some worry it could also lead to intelligent design of babies, meaning we could maybe in the future pick which traits we want in our children and dismiss others.

But in February a panel of researchers in the U.S. recommended the government allow scientific tests of the technique, deeming it ethical as long as it is used to create male embryos, since they cannot pass on mitochondrial diseases. So maybe a future of more babies with three parents is not that far away.

Emma Von Zeipel
Emma Von Zeipel is a staff writer at Law Street Media. She is originally from one of the islands of Stockholm, Sweden. After working for Democratic Voice of Burma in Thailand, she ended up in New York City. She has a BA in journalism from Stockholm University and is passionate about human rights, good books, horses, and European chocolate. Contact Emma at EVonZeipel@LawStreetMedia.com.
Share:
Related ItemsBabyDNAEthicsHereditary DiseaseLeigh SyndromeMedical ProcedureMitochondrial DiseaseMitochondrial DNA Replacement TherapyThree Parents