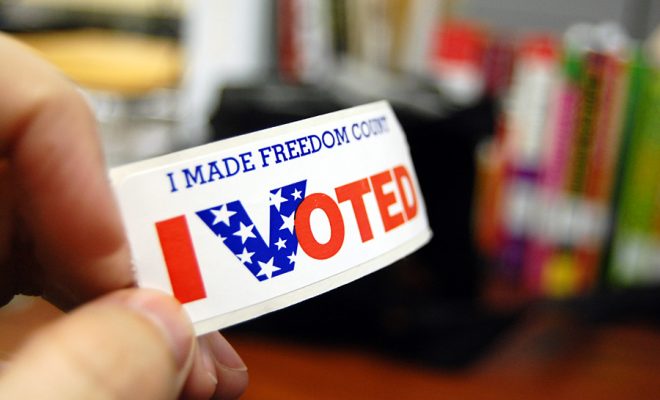 The Electoral College: What is it and Why Do We Still Have it?

On December 19, electors gathered in state capitals to formally elect Donald J. Trump to be the next President of the United States. An event that typically garners little attention every four years had its time in the national spotlight this year as many called for electors to turn against the will of the voters and prevent a Trump presidency. While the effort to use the Electoral College to block Trump never panned out, there were more of the so-called faithless electors in 2016 than in any election in many years.

But before we can dig into the recent controversy surrounding the Electoral College, it is important to understand the system itself. Specifically, what exactly is the Electoral College, what is its purpose, and why is it the final arbiter in the election, not the popular vote? Read on to find out the answers to these questions and more.

History of the Electoral College

The history of the Electoral College goes back to the Constitutional Convention of 1787. It was during that seminal moment in American history when the idea of the Electoral College was determined to be the best way to elect the President of the United States. The number of electors in each state is determined by combining the number of senators and representatives in that state. Today, there are 538 electors in total (one for each of the 435 representatives, 100 senators, and the three given to Washington, D.C. by the 23rd Amendment), ranging from three in some states to 55 in California. The number of electors in each state can change with every census, depending on population changes, but no state can have fewer than three electoral votes.

While the number of electors each state has is equal to the combined number of representatives and senators, those representatives or anyone “holding an Office of Trust or Profit under the United States” is not allowed to serve as an elector. If one candidate does not receive a majority, 270 votes, then the House of Representatives decides the election. Parties in each state select the electors for their presidential candidate. In most states, this is done either through state party conventions or central committees. In a few states, a mix of other methods are also employed.

Election Day–which is held every four years on the Tuesday after the first Monday in November–is actually an intermediate step in the presidential election process. While voters cast their votes for a presidential ticket, they are actually choosing a slate of electors who, in the following month, will participate in the final election. The slate for the candidate who wins the most popular votes is elected; this is known as the winner-take-all, or general ticket, system. However, two states, Nebraska and Maine, do not follow the winner-takes-all rule. In those states, electoral votes can be split among multiple candidates through the state’s system of proportional allocation. Regardless of the methodology, once all the votes have been cast and tallied, Congress certifies the results on January 6 of the following year–2017 for the most recent election.

The video below gives an overview of the system and its history:

Changes in the Electoral College over time

The Electoral College system has changed little since its initial unveiling, aside from an adjustment due to the passage of the 12th Amendment in 1804. Before the 12th Amendment, electors in each state voted for two people (at least one of whom had to be from a different state than the elector) and the person with a majority of votes became the president while the runner-up became the vice president.

In the 1796 election, that system produced a president, John Adams, from the Federalist party and a Vice President, Thomas Jefferson, from the Democratic-Republican Party because Federalist Party electors split their votes between multiple vice presidential picks. Then in 1800, the electors voted along party lines for both a president and a vice president, but due to the two-vote system, there was a tie and the House was forced to determine the president. After the complexity of those two elections, lawmakers got together to devise the 12th Amendment, which changed the Electoral College so that electors vote for president and vice president with one vote. That, in general, is the system used in the United States today.

The process of choosing the electors has also changed slightly from the initial procedure in many places. Originally, in several states, the state legislature would determine the electors, meaning that the public had no direct role in the presidential election process. However, that was changed as voting rights spread. In fact, since 1876, every state has used the popular vote to select electors.

Issues with the Electoral College

Naturally, for a system that has been around for 200 years, the Electoral College has dealt with its share of criticism. While electors are expected and have pledged to vote for their state’s popular vote winner, there are a few examples of electors going against the voters. In the last century, at least one example of this practice has occurred in the elections of 1948, 1956, 1960, 1968, 1972, 1976, 1988, 2000, and of course in 2016, which set a modern record. These people are commonly known as “faithless” or “unfaithful” electors. Although it has happened several times in the past, faithless electors have never actually influenced the outcome of the election. Some states have laws on the books to penalize faithless electors, although some argue that if challenged in court, such laws may be deemed unconstitutional.

Beyond faithless electors, the system has had one controversial moment that did end up deciding an election. Namely, in 1824 Andrew Jackson won the most electoral votes; however, he did not win a majority. As a result, the election was thrown back into the House of Representatives and the runner-up in the original election, John Quincy Adams, went on to be elected President of the United States. This was the first and only election where the candidate with the most electoral votes did not win the election. It was also the first time that the candidate with the highest share of the popular vote did not become president. The accompanying video looks at some of the issues with the Electoral College:

Electoral College vs the Popular Vote

The answer to that question starts with the first Secretary of the Treasury and George Washington’s confidant, Alexander Hamilton. In Federalist 68 he defended the system as a sort of compromise between an aristocracy and a democracy. While Hamilton and many of the other founders wanted a democratic nation, they also wanted an informed and level-headed electorate, something that Hamilton did not view the American people as at that time. Hamilton based this on his knowledge of the downfall of classical democracy, but also an interest in states’ rights.

Namely, Hamilton wanted states that do not necessarily have large populations to be accounted for and have a say in the government. Without the Electoral College one state with a huge population, California now or Virginia in early U.S. history, would be able to significantly influence the final election outcome. This, in turn, would lead candidates to campaign in large states and population centers while ignoring the rest and their associated interests. Moreover, Hamilton wanted the electoral college to ensure that a candidate could appeal to the entire country. However, opponents of the current system argue that modern swing states tilt the campaign in much the same way.

After close elections, particularly those with a split between the popular vote and the Electoral College, many who supported the losing candidate tend to criticize the system. The most recent election featured a split that was very large by historic standards, making that sentiment even stronger. Ultimately, the Electoral College has survived since its inception over 200 years ago and is likely to survive in the future as well. While the system has had several tweaks over the years, the general framework remains intact.

The system is not perfect and simply relying on the popular vote may assuage people’s anger, at least if it benefits their favored candidate. In the meantime, there are other avenues for the disaffected, such as fighting laws that restrict access to voting or even encouraging more people to vote; in 2016 for example, only around 58 percent of eligible voters actually voted.

Michael Sliwinski
Michael Sliwinski (@MoneyMike4289) is a 2011 graduate of Ohio University in Athens with a Bachelor’s in History, as well as a 2014 graduate of the University of Georgia with a Master’s in International Policy. In his free time he enjoys writing, reading, and outdoor activites, particularly basketball. Contact Michael at staff@LawStreetMedia.com.
Share:
Related ItemsAlexander HamiltonDemocracyDonald TrumpElectoral CollegeElectorsPopular VotePresidential Election