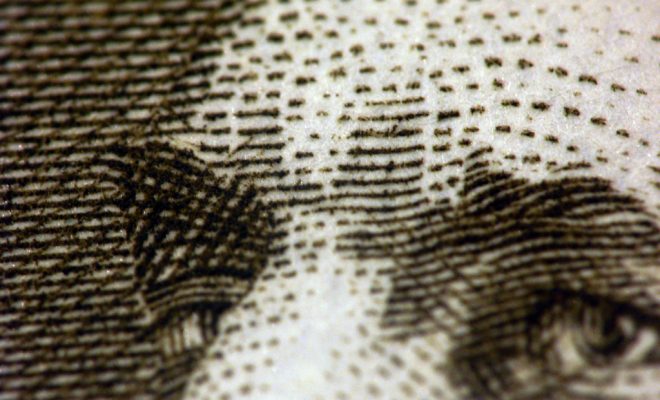 Faux Anonymity: How Do We Effectively Encourage Political Speech?

The issue of political spending is one that has garnered a lot of attention this election cycle. Both candidates are associated with 501(c)(3) organizations and have faced scandals recently regarding how they collect and spend charity money. Clinton faced allegations that she granted access to the State Department to wealthy Clinton Foundation donors. Trump was fined by the IRS for his use of Trump Foundation money to fund the campaign of Florida Attorney General Pam Bondi, allegedly to encourage her office not to pursue further investigation of Trump University. The two scandals are fundamentally different, but are two sides of the same coin. Clinton’s scandal is about the possibility that she was selling political access to raise money for a charity. The charges against Trump involve using money that was raised for charity to buy political access for himself. The Trump Foundation has some additional issues, ranging from allegations of self dealing and an investigation by the New York Attorney General, who recently ordered the foundation to stop accepting donations.

But the Bondi allegations against Trump raise more questions than just whether Trump is fit to serve as president. They bring up the issue of what exactly the difference is between a 501(c)(3), a 501(c)(4), a 527, and a myriad of other institutions that can blur the lines between a charity and a political organization. The IRS has rules governing these categories but the rules are not always clear. And while the purpose of these rules is to keep donations to charities tax deductible to encourage that behavior, while not providing the same benefit for political speech, it is not always clear whether the rules are doing an effective job. We want to encourage both charitable donations and political speech, but we only use the tax code to incentivize charitable donations.

How exactly do we draw distinctions between what is charitable and what is political, and how do tax incentives come into play?

Distinctions Without Much Difference

There are several main flavors of tax-exempt organizations that may engage in what a lay person would think of as either political spending, charitable work, or both. They are each referred to by their section of the tax code and the differences are fairly technical but important to understand.

The first type of organization is a 501(c)(3). Both the Trump Foundation and the Clinton Foundation are examples of this type of group and the purpose of a 501(c)(3) is supposed to be purely charitable. Meaning that this group has the greatest restrictions on it in terms of what kind of political activity it can engage in. This doesn’t mean that they can’t engage in ANY political activity, because they actually can. But their ability to endorse a candidate is curtailed. They also can’t spend money on a campaign. They are still able to do some lobbying and political advocacy, as long as that advocacy is not promoting a specific legislative agenda or candidate but rather is educating the public.

In exchange for complying with these rules, 501(c)(3)s are permitted to accept unlimited donations from benefactors whom they do not have to disclose and those benefactors can claim the donations they give as tax-deductions.

A 527 is the most political of the three. Political spending is in fact the entire purpose of these groups, which means they come with added strings such as only being able to accept limited donations that are non-deductible and the donors can no longer be anonymous. They can’t “lobby” but they can endorse and even exist for the purpose of electing certain candidates. And although the donations made to a 527 are not tax deductible the organizations themselves pay limited taxes—501(c)(3)s or 501(c)(4)s pay none. That is why even if your donors can’t deduct what they give to you from their taxes it is still very beneficial for these organizations to comply with the rules to keep their tax-exempt status. (And why the IRS fined Donald Trump for his donation to Pam Bondi from his 501(c)(3)).

To summarize, a 501(c)(3) is what you would think of when you think of a “charity.” And a 501(c)(4) is a “social welfare” organization. While not a charity per se, they are supposed to be serving the public good through their advocacy. We want to encourage political behavior, particularly from diverse viewpoints, and promote political speech. Granting tax-exempt status to social welfare organizations, or 501(c)(4)s, is one way to facilitate that. The only question is how do we determine what is a social welfare organization, and therefore worthy of these benefits?

The rule for what qualifies as a social welfare organization is very vague. The standard is whether the organization is “primarily engaged” in social welfare activities. The IRS does not give a bright-line rule regarding what percentage of activity is required to be social welfare versus political in order to qualify. It may be a 51/49 split in terms of how they spend their funds, or essentially whatever the IRS deems appropriate. According to the IRS, deciding this issue is a “facts and circumstances test.” A very vague standard indeed, which opens the door to making determinations about which groups qualify based on something other than numerical data and the appearance of, if not actual, favoritism for different political viewpoints.

But if these organizations are doing good work (which may depend on your political point of view but let’s go off the assumption that all political speech is a social good) then why should we care so much about a 501(c)(4) getting tax exempt status to encourage it?

The key issue is actually part of a multi-step process that revolves around the size of donations and the disclosure involved. A 501(c)(4) can accept an unlimited amount of donations and also does not need to disclose its donors. By contrast a Super PAC is required to disclose who donates to it. But when the donor to the Super PAC is a 501(c)(4)–and these organizations often ally with each other so that one cause will have a whole string of different arms that have different tax-statuses and abilities–all they need disclose is the name of the 501(c)(4). So a billionaire who wants to influence electoral politics can donate $100 million dollars to a 501(c)(4), which doesn’t have to tell anyone where that money came from. The Super PAC attached to that group then takes that donation from the group, and does disclose that it came from the group, but that doesn’t let the public know that our billionaire friend essentially donated $100 million dollars to that Super PAC. We therefore have no way of tracing whether an organization or politician allied with that Super PAC ever paid back that favor.

Kim Barker from the Washington Post does a good job of explaining this line of reasoning in why we should care about the 501(c)(4) designation and its uses.

It makes sense that we would want to structure a policy that allows organizations for political advocacy to not pay taxes. It lets organizations form that otherwise might not be able to afford to do so, which enables minority viewpoints to be more easily heard by the public. Regardless of what those viewpoints are, that’s a healthy thing for the republic. Granting tax-exempt status to 501(c)(4)s, even if the IRS definition of social welfare is not that clear, might therefore be a good idea.

The trouble occurs when other organizations can then manipulate the special rules given to social welfare organizations to siphon money into campaign funding and electoral politics. That kind of political speech, the support of a specific candidate, is not the same kind of social good and is not currently what we want to give incentives to. If it was, then we would grant the exact same tax privileges to 527s and other political groups that we do to 501(c)(4)s or to charities.

The ability to do this is in part because the rules of engagement and alliances between these organizations have gotten very complicated and very fuzzy. If there is no rule as to what “education” is versus “advocacy” versus “lobbying” then the distinctions between these groups lose much of their meaning. But the greater problem is the concept of anonymous donations. In a political system that depends on the open and vigorous exchange of ideas keeping donations to any kind of political organization, whether they are merely engaged in “advocacy” or in direct electioneering, is counterproductive. If we are going to equate money with political speech, the public needs to be able to know who is saying what, which means knowing exactly where all political spending comes from.

Rather than eliminating various tax benefits to organizations we want to encourage (such as charities and social welfare organizations) we could instead require the disclosure of donors for all groups. Then if a billionaire donates to a 501 (c)(4) and that group donates to its sister Super PAC we can easily trace the funding of the Super PAC back to the original donor. It does not take care of the concern about the amount of money that an individual can give to a political cause, which is a separate problem, but it does solve the anonymity that keeps the public from being fully informed about politicians, their supporters, and the wide range of groups engaging in political activity. And if there is a reward exchanged in the future from the politician to the billionaire donor, we will be able to trace that too, and determine if there was a quid pro quo arrangement.

The Washington Post: Emails Reveal How Foundation Donors Got Access To Clinton and Her Close Aides At State Department

Law Street Media: Charitable Trusts: Can Greed Ever Be Good?

Bolder Advocacy: Introduction: The Types of Exempt Organizations And What They May Do

The Washington Post: Let’s Back Up: How Is The IRS Supposed To Scrutinize 501c4s Anyway?

The Sunlight Foundation: The Difference Between Super PACs and Dark Money Groups

Mary Kate Leahy
Mary Kate Leahy (@marykate_leahy) has a J.D. from William and Mary and a Bachelor’s in Political Science from Manhattanville College. She is also a proud graduate of Woodlands Academy of the Sacred Heart. She enjoys spending her time with her kuvasz, Finn, and tackling a never-ending list of projects. Contact Mary Kate at staff@LawStreetMedia.com
Share:
Related Items501(c)(3)501(c)(4)Campaign FinanceCharityDark MoneyPolitical SpendingSuperPACTax Law