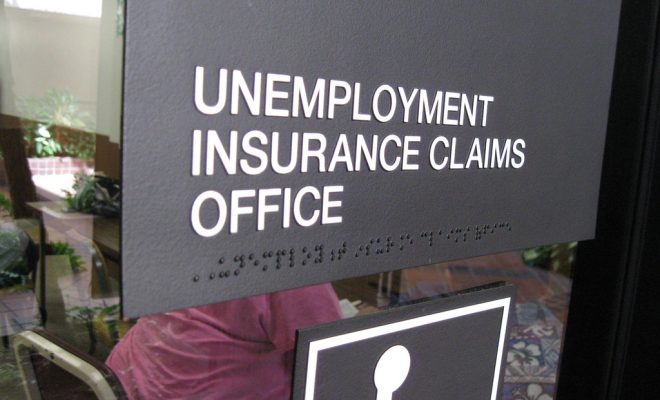 Over the years, many states have tried to attach different conditions to public assistance programs for low-income Americans. These conditions include things like work requirements, which limit benefits to people who are currently working or actively pursuing employment, and drug testing, which limits benefits to people who are not currently using illegal drugs. Both of these policies have been in the news lately as Republicans at the state and national level seek to move assistance programs in a more conservative direction.

While many tend to refer to welfare as if it’s a single government program, assistance to low-income Americans generally comes through the tax code and a hodgepodge of programs administered at the state level. While a wide range of tax credits and public programs make up the American safety net, discussions of drug testing and work requirements typically focus on a handful of programs. Read on for an overview of the programs that are typically targeted for these requirements and what recent proposals would mean for them.

Both drug testing and work requirements are important components of the ongoing debate over welfare policy. Many public assistance programs have work requirements built into them due to policy changes in the 1996 welfare reform legislation. And while some efforts to impose drug testing requirements have been blocked by the courts, according to the National Conference for State Legislatures, at least 15 states have passed legislation requiring public assistance applicants or recipients to be drug screened. These conditions have different implications for people based on how they relate to specific forms of public assistance. Here’s a look at four of the most discussed programs:

The Supplemental Nutrition Assistance Program–previously referred to as food stamps and now known as SNAP–already has some limitations but the debate re-emerged last year as states started reimposing work requirements after getting waivers following the recession. The 1996 welfare reform law placed stringent requirements on able-bodied adults without children. The law only permits these adults to receive benefits for just three months every three years when they are not either employed or in a job training program for at least 20 hours per week. As a result, the vast majority of people who receive SNAP benefits are either employed or have dependent children. While lawmakers at the state level have called for drug testing requirements, federal law currently does not allow it.

In addition to work requirements, several lawmakers have called for limitations to be placed on what people can use SNAP benefits to buy. Proponents of these restrictions argue that people shouldn’t be able to use publicly funded programs to buy things like sugary drinks or expensive food like lobster. But opponents argue that these decisions are best left to individuals, and limitations on what you can buy already exist–for example, SNAP recipients cannot buy alcohol or prepared foods with their benefits. Moreover, they note that such rules may further stigmatize the use of the program, which has been a crucial means of preventing food instability for a large number of Americans.

TANF is one of the few antipoverty programs that provides direct cash assistance, rather than in-kind benefits. The TANF program is administered by the states, which are given a federal block grant each year. Because of its funding system, states have a significant amount of control over how the block grant funds are used as well as the conditions that are tied to benefits. As the name suggests, TANF benefits are typically limited to families with children and have a duration limit. All benefits are also tied to work requirements. While states can define exactly who is eligible for assistance, work requirements are part of the underlying law–states face a funding penalty when their TANF work participation rates are below what is defined by federal law.

State-level flexibility has also led many states to implement drug testing requirements for TANF recipients. However, courts have found that states do not have an unlimited authority to require drug screening. A Florida law requiring all TANF recipients to be drug tested was struck down in court because suspicion-less testing requirements amounted to an unconstitutional search. What set Florida’s law apart from similar laws in other states was its breadth–requiring all recipients rather than focusing on those suspected of drug use.

The law was also not cost effective while it was in effect–the state spent more reimbursing people for drug tests than it would have if it had given them benefits without screening. More generally, critics of efforts to attach conditions to public assistance programs tend to cite the unnecessary administrative costs that come with determining a person’s employment and drug use status.

Medicaid, the health insurance program for low-income Americans, has been a recent target for both work requirements and drug testing. A recent letter from the Department of Health and Human Services to the states indicated that the Trump Administration would give more flexibility to states to impose work requirements for people in the Medicaid program. Wisconsin plans to take its Medicaid program in an even further conservative direction, imposing drug screening requirements, work requirements, and time limits for those receiving benefits. Under Wisconsin’s proposal, applicants would need to fill out a questionnaire and, based on their responses, could have to undergo drug screening. If they test positive, they will be diverted into a drug treatment program and if they decline treatment they will be denied benefits altogether. As the Trump Administration signals that states will have more control over the administration of Medicaid, we can expect to see additional states propose conservative changes to Medicaid, but legal challenges may be just as likely.

Given the nature of Medicaid and the health care system in general, even some who support work requirements in principle question their use for Medicaid. Because the government requires emergency rooms to provide care to people regardless of their ability to pay for it, work requirements in Medicaid would not have the same effect as they do in programs that could simply cut off all benefits. This would also mean that more costs are shouldered by hospitals, including public hospitals funded in part through tax dollars, which limits the cost-savings related to pushing people unwilling to work off of public programs.

The video below gives a brief overview of how work requirements would work in Medicaid:

The Unemployment Insurance program has been around since 1935 and seeks to help the recently unemployed manage their expenses as they look for a new job. The program typically provides benefits, about half of an unemployed person’s previous salary up to a limit, for about 26 weeks in most states. The system is funded by employers on behalf of their workers through state and federal taxes. Federal law says that people eligible for Unemployment Insurance must be able to and currently be looking for work while they receive benefits, although states have the ability to define certain eligibility details.

Unemployment Insurance has been a frequent target of drug testing requirements, but a recent regulatory rollback may have inadvertently made it harder for states to place such requirements on beneficiaries. As a part of the effort to remove a number of regulations put in place under the Obama Administration, Republicans used the Congressional Review Act–a law that allows for the expedited removal of recent regulations under a new president–to scrap a Department of Labor rule outlining who could be drug tested for unemployment benefits. The regulation came out of a provision in a 2012 law that allowed states to drug test individuals before receiving unemployment benefits according to federal regulations. When the regulations were finally enacted, Republicans said they were too narrow, limiting people eligible for the tests to those in a small set of occupations. The rationale was to subject people who would need to pass a drug test for a new job to also be subject to the same tests when receiving unemployment benefits. But the law was contingent upon existing federal regulations, and now that Republicans scrapped the rules that existed, states are now unable to require drug testing absent federal regulations. Writing new rules will take some time, and removing an existing regulation makes it considerably more difficult to pass a new one seeking to accomplish the same thing. As a result, some administrative law experts believe that getting rid of the previous rule may actually set back efforts to enact drug testing requirements.

While there is significant disagreement on the extent to which the government should assist the poor and unemployed between the two major political parties, both Republicans and Democrats tend to agree that the government should do something to help those in need. The primary disagreement stems from how much the government is willing to pay and who is eligible for assistance. Drug testing and work requirements are seen by conservatives as a way to reduce eligibility to people who deserve it and cut costs as a result. Critics say that these requirements add more to the cost of administration than they save in withheld benefits. They also argue that placing these requirements can stigmatize the programs and discourage people who need help from seeking it.

It’s also important to realize how different requirements interact with various programs and how certain funding systems make adding conditions easier at the state level. Block grants, like the one used to fund the TANF program, give states the most flexibility to impose requirements on those receiving benefits, while entitlements tend to need a change in federal law.