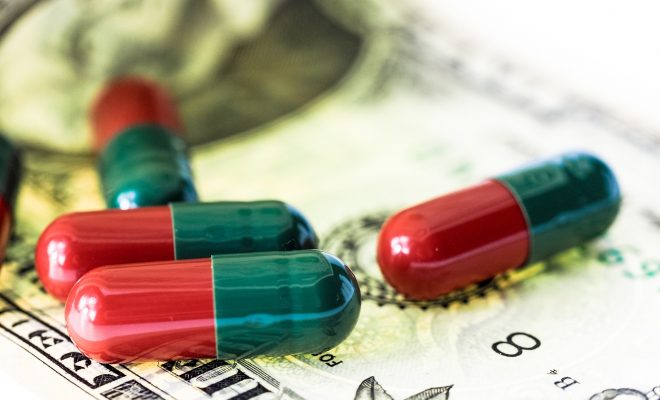 How Much Does the Government Spend on Health Care?

In 2015, the United States spent a staggering $3.2 trillion on health care, or nearly $10,000 per capita–amounting to 17.8 percent of U.S. gross domestic product. Health care is one of the most expensive components of the federal budget, and health spending comes in a variety of different forms, including major public programs, direct subsidies, and a number of different provisions in the tax code.

While big insurance programs like Medicare and Medicaid tend to be the focus of most health care discussions, and account for most of the spending, the government provides and subsidizes health care in ways that many might not realize. Given the rising prominence of the health care industry in our budget and in our economy, it’s important to look at the current role played by the federal government. Read on to see how the government provides and incentivizes health insurance coverage and how much these efforts cost.

Two government programs account for a large portion of health care spending, and federal spending in general. Medicare and Medicaid are two entitlement programs that together account for roughly 25 percent of the federal budget. In 2016, the U.S. government spent a net total of $588 billion on Medicare, the health insurance program covering all Americans over the age of 65. Federal spending on Medicaid, which provides health insurance to people with disabilities, the elderly, children, and people with low incomes, totaled $368 billion last year. Because Medicaid is a federal-state partnership, states also account for a notable portion of health care spending. In 2016, federal funding covered about 63 percent of all Medicaid spending, excluding administrative costs. The remaining 37 percent, or about $204.5 billion, was held by the states.

It’s worth noting that along with Social Security, Medicare and Medicaid are the largest mandatory spending programs–spending that is built into existing laws and is not subject to annual appropriation bills. Forecasts predict that these programs will grow as a share of the federal budget in the coming years as the Baby Boomer generation retires. In its most recent forecast, the Congressional Budget Office (CBO) predicts, “outlays for mandatory programs increase as a share of GDP by 2.4 percentage points from 2017 to 2027–mainly because of the aging of the population and rising per capita health care costs. Social Security and Medicare account for nearly all of that increase.” Last year, Social Security amounted to 4.9 percent of U.S. GDP and spending on major health programs amounted to 5.4 percent of GDP.

In addition to Medicaid and Medicare, the government provides subsidies for people with incomes between 100 and 400 percent of the federal poverty level and who do not get health insurance through their employer. According to the CBO, the government spent $42 billion in 2016 on subsidies and other costs related to the individual insurance market.

The video below from the Brookings Institution gives an overview of health care spending trends over the past several decades:

While the various provisions of the tax code that encourage individuals and companies to buy health insurance might not sound all that interesting, tax policy is a crucial part of the current health care system, and accounts for a significant amount of spending, or more precisely, foregone revenue.

The government uses the tax code to encourage and discourage a wide range of behaviors. To encourage individuals and businesses to do certain things, the government uses tax expenditures, more commonly known as tax breaks. These provisions in the tax code forego tax revenue when people or businesses engage in certain activities. The largest of the existing tax expenditures deals with health care spending by employers. Specifically, the tax code excludes all spending toward employees’ health care premiums from taxation. This exclusion encourages employers to provide certain benefits to their employees because they can use pre-tax dollars to do so–if the same amount of money was given to employees in the form of traditional wages, it would be taxed. The exclusion is projected to cost about $260 billion in 2017, based on what the government would otherwise receive in payroll and income taxes. That annual cost makes the health care exclusion the third largest health care program, following Medicaid and Medicare.

The tax exclusion of employer provided health care dates back to World War II and emerged almost accidentally. In an effort to control inflation, the federal government froze wages, which prevented companies from paying their employees more. Instead, employers took advantage of an exception that applied to certain benefits–they started providing health insurance plans. Then in 1954, the IRS determined that payments toward employee health insurance are exempt from taxation. Over time, employer-subsidized health care became quite common, and today, most Americans get health care from their employer or a close family member’s employer.

While the tax exempt status of employer-provided health care has become particularly popular and politically durable–efforts to eliminate or even cap the tax benefits have not gotten very far–many economists believe that it has a distortionary effect on the health care system as a whole. The most frequent criticism of employer-subsidized health care is that it can spur growth in medical costs. Because premium payments are excluded from taxation, employers are incentivized to offer very generous health insurance plans instead of simply paying their employees higher wages. Economists argue that if more of the cost burden was placed on consumers when they use medical services, they would try to reduce those costs by searching for lower prices and avoiding unnecessary care. But when most of the cost of health care is masked by generous insurance plans, there is little incentive for individuals to cut costs.

Other criticisms of employer-subsidized health care focus on concerns about equity and progressivity. People with high incomes are more likely than those with lower incomes to benefit from health-related tax expenditures, of which employer-subsidized health care is by far the largest in value. Moreover, the nature of the tax exclusion makes it more valuable to people with high-incomes than those lower on the income scale. Because income tax is progressive–those with higher incomes pay higher tax rates–pre-tax money spent on health care is worth more to those with higher incomes because it would otherwise be taxed at a high rate. In 2015, about 45 percent of all benefits from health tax expenditures went to individuals with incomes in the top 20 percent, while just 0.5 percent of all benefits went to those in the bottom 20 percent.

Efforts to eliminate or curtail the tax preference for employer-sponsored health care date back to Reagan’s presidency, but few have made any notable progress. One notable exception is what’s known as the “Cadillac tax,” which was a part of the 2010 Affordable Care Act. The Cadillac tax, formally known as the high-cost plan tax, sought to rein in health care cost growth by discouraging employers from providing extremely generous health insurance plans. Health insurance premiums payments in excess of $10,200 for an individual or $27,500 for families will face a 40 percent excise tax. The tax was originally scheduled to take effect in  2018 but was pushed back to 2020 after widespread opposition in 2015. Both businesses and unions strongly protested the tax, which may be one issue that both Republicans and Democrats can agree on. While it is still scheduled to go into effect in a couple years, questions about its fate loom as recent health care legislation would push its implementation back even further.

Peter Fisher, a former under secretary at the Treasury Department, once famously advised, “Think of the federal government as a gigantic insurance company […] with a sideline business in national defense and homeland security.” When you look at the federal budget, you can see that Fisher’s comments are rooted in an important truth–health insurance is one of the most expensive aspects of the federal budget.

The government plays a large, if sometimes unnoticed, role in the American health care system. From major programs like Medicare and Medicaid, which together add up to roughly one-quarter of the entire budget, to tax provisions that encourage employers to provide insurance to their workers, the government has a hand in nearly everyone’s insurance. Rising health care costs have led to notable budgetary issues in the long term, particularly as the American population ages, which have led some to argue that entire programs need to be revamped to keep spending sustainable. While many agree that health care spending has gotten unusually high in recent years, actually controlling costs has proven challenging.