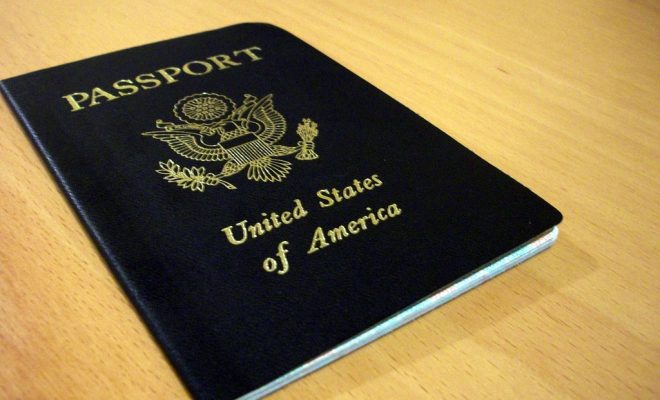 How Did the DHS Mistakenly Grant Citizenship to 858 Immigrants?

An Associated Press report released in September revealed that the Department of Homeland Security had “erroneously” granted at least 858 immigrants American citizenship. Typically, in any presidential election season, political parties would seize on a report like this, and would try to spin it to win the election. An issue concerning immigration is a political match to be lit, and the reactions could be explosive. Considering immigration reform has been one of the top priorities for legislators, the report may be especially relevant.

Pundits are asking questions about whether this report showed the Obama administration attempting to streamline citizenship applications to get more Democratic voters. Republican officials are seizing on an email asking Homeland Security employees to work overtime in order to process more applications. Then again, this may be a case of an honest mistake, one where overworked bureaucrats may have overlooked a key step in admitting immigrants into our country.

In large bureaucracies like the U.S. federal government, administrative errors do occur, but the scope of this issue has raised concerns about who was granted citizenship, where we went wrong, and asking what can we do to make sure this doesn’t happen again.

The Associated Press highlights an Inspector General’s report, titled “Potentially Ineligible Individuals Have Been Granted U.S. Citizenship Because of Incomplete Fingerprint Records,” regarding a review on whether the United States Citizenship and Immigration Services successfully uses its fingerprint record database to access any applicant’s information. The 24-page report showed that Immigration and Customs Enforcement, or ICE, is still grappling with digitizing its old records, and this lag in information can spread to other agencies in the attempt to legitimately do background checks on immigrant applicants.

When considering an immigrant from a “special interest country,” places that pose a risk to U.S. national security or have high rates of immigration fraud, applies for citizenship, it becomes very important to conduct a background check. The check makes sure that the immigration applicant does not misrepresent who they are for the sake of admission into the country. Additionally, a background check is a reliable tool for apprehending criminals who are trying to enter the contract for intentionally unlawful purposes. The fingerprint database can be accessed either before or after an interview with an ICE officer. The check into the database allows a verification into the identity of the applicant, and any lapse in consistent ‘digital bookkeeping’ can undermine that responsibility.

This lapse is what allowed the more than 800 immigrant applicants to be granted citizenship (and avoid deportation) because the Department of Homeland Security did not have reliable digital archiving, rendering the appearance that these applicants had clean backgrounds.

While the 858 immigrants that were granted citizenship do not appear to be an imminent threat to the United States, most come from “special interest countries.” Although the report does not define which countries fall under the “special interest” category, countries that are currently in conflicts or have high rates of immigration fraud such as Syria, Iran, or Yemen can be considered to be some of those in question. Applicants may use different names and birthdays, and without cross-checking fingerprint information, it becomes hard to weed out those who are illegally attempting to enter the country.

Once anyone receives their citizenship, they receive the corresponding American rights and privileges. The report shows that three applicants had gone on to receive jobs handling classified information. One received a Transportation Worker Identification Credential, allowing access onto secure naval bases or ships. The other two received Aviation Worker credentials, granting access to secure areas in airports. Another immigrant went into law enforcement. Ever since the Inspector General’s report, all credentials have been revoked.

Apart from the staggering number of immigrants that were admitted wrongfully, the report sheds light on America’s information gap between its federal agencies. Fingerprint records were not consistently acquired in the same way. One agency may have fingerprint files that are not digitized at all, while another may have an entire online archive. This makes it difficult for agencies that need to coordinate with each other in order to successfully perform their operations.

In order to talk about what information is needed to successfully complete an immigration application into the United States, it is necessary to point out the steps people need to take to get past the review process in general.

The video below outlines initial actions an applicant needs to take before an interview with an ICE official:

The sample video from ICE below shows how an interview usually happens, including what questions are asked and how to answer them:

Throughout the citizenship process, ICE has to conduct background checks, which includes searching fingerprint information. If you are from a “special interest country,” there are some additional steps necessary to complete the process, such as cross-referencing your information with the FBI fingerprint database.

The problem is that agencies have inconsistent information acquisition, which means that everyone has a different way of receiving and storing their information. The Department of Homeland Security only started to consistently digitally archive its fingerprint bank in 2010. The act of digitally uploading and archiving fingerprints is a tedious process, which may not catch up with the stream of citizenship applications. According to an email that urges DHS employees to speed up their application review process, the end of the year is a time when applications are at an especially high volume. When the priority is to successfully process applications, certain security protocols can slow the down the process, especially if agency cross-referencing is necessary.

The Inspector General’s report points out that 148,000 immigrants who have final deportation orders or who are criminals or fugitives do not have their fingerprints digitized. If these immigrants have any criminal record, it becomes difficult to proceed with a case against them if there is no way to confirm their identity. The FBI can only do so much if there is no digitized record of an individual in its system.

In a statement regarding his report, DHS Inspector General John Roth said:

This situation created opportunities for individuals to gain the rights and privileges of U.S. citizenship through fraud. To prevent fraud and ensure thorough review of naturalization applications, USCIS needs access to these fingerprint records. DHS agreed with our recommendations. ICE has plans to digitize and upload all available fingerprint records, and the Department has told us it plans to review the eligibility of each naturalized citizen whose fingerprint records reveal a deportation order under a different identity. We will continue to monitor DHS’ progress.

Why This Is So Important

Immigration is consistently ranked as one of the top concerns for American voters every election year. After the failed Gang of Eight immigration reform bill, the attempt at reaching consensus on immigration has fizzled. Both sides of the debate have become more partisan in nature, making it very difficult to strike a deal and get a bill passed through Congress. Donald Trump started off his presidential race with a pitch accusing Mexican immigrants of bringing drugs into the country, whereas Democrats are pointing out that illegal immigration amounts to millions of individuals just overstaying their visas.

No matter the root cause of a broken immigration system, one thing that can always streamline the process of admitting new immigrants is by having a uniform background check system that is archived online for easy access. Currently, ICE checks fingerprints through two systems: the FBI’s Integrated Automatic Fingerprint Identification System (IAFIS) and the DHS Automated Biometric Identification System (IDENT). Although an agency may have different reasons for checking a fingerprint file, the archive has to be universal so as to make a search as efficient as possible.

Immigrants make up 13 percent of the total U.S. population as of 2014, according to the Migration Policy Institute, and that percentage only continues to grow. Critics point out that if the issue with immigration is that there are too many people who are here illegally, and that is due to overstayed visas, it may be an administrative issue on the federal government’s end that needs to be resolved. One example is a gap in digitized information that the government needs to archive so that it is easier to catch immigrants that may be of higher concern for the country.

Additionally, calls for border security may be issued in spite of not knowing that our federal government has an administrative issue to resolve. For example, one common misconception is the idea that Mexican immigrants are overflowing our southern border. The Pew Research Center found that since 2014, Mexican immigrants are returning back to Mexico more than actually immigrating to the U.S.

Proponents of immigration point out that immigrants are a huge economic boon for the U. S. as well, and fixing our information gap can be a good way to streamline capturing immigrants with criminal records as opposed to rounding up hard-working families looking to achieve their American Dream. Of the more than 11 million unauthorized immigrants currently in the U.S., ICE has deported almost 178,000. ICE has also issued one million ‘detainer requests’ that ask local officials to detain and then transfer suspects to DHS custody. It is evident that our immigration officials are hard at work identifying individuals who are unauthorized to be in the U.S. and that our border is not as porous as some might believe.

The DHS was audited by its Inspector General, a routine check and balance on a federal agency tasked with enforcing the laws passed by Congress. John Roth, the Inspector General, has done a very good job identifying where DHS is lacking in terms of its ability to enforce our country’s immigration laws. If our executive agencies finish archiving fingerprint and other identification files, and streamline ways to access this information, we might have a shot at fixing our immigration system.

CNN: DHS Report: More Than 800 People Wrongly Given US Citizenship

Dennis Futoryan
Dennis Futoryan is a 23-year old New York Law School student who has his sights set on constitutional and public interest law. Whenever he gets a chance to breathe from his law school work, Dennis can be found scouring social media and examining current events to educate others about what’s going on in our world. Contact Dennis at staff@LawStreetMedia.com.
Share:
Related ItemsHomeland SecurityImmigrantsImmigrationLawsMexico