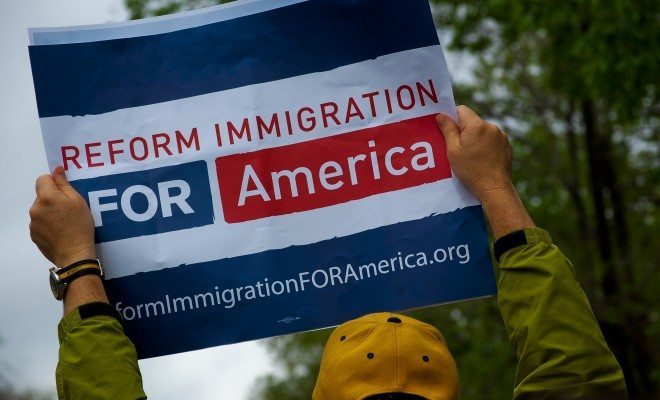 Congress and President Barack Obama have to quickly respond to a recent influx of thousands of Central American child immigrants spilling over the border into Texas. Read on to learn about why they are coming here and why finding a place for them will be a challenge.

How many people are coming over the border?

There has been a recent surge of Central American children illegally immigrating into the United States over the Texas border. 47,000 unaccompanied minors have been detained at the border in the past eight months. This is a 92 percent increase from the eight month period prior to that.

First, living conditions in Central America have gotten significantly worse in recent years. According to the United Nations High Commissioner for Refugees (UNHCR), 48 percent of the detained minors had experienced abuse from an organized criminal group before fleeing to America. This should not be too surprising. Honduras, the country where the plurality of children are coming from, boasts the highest murder rate in the world. In 2012, there were more than 90 murders per 100,000 people. The next country on the list, Venezuela, only has 53.7 homicides per 100,000 people. It should be no surprise that children want to leave Central America.

Check out this story from The New York Times to learn more about the gang violence that Honduran children are escaping.

You can also watch this report on gang violence in Honduras, but it is graphic:

So it makes sense that children would want to leave this environment, but why are they coming to America? Why do they choose this specific country? Critics of President Barack Obama argue that his immigration policies have convinced illegal immigrants that they will have an easy time entering the country, and there is some evidence to support that. There is a belief among Central Americans that the United States has recently started treating children easier than they treat adults. This is because of the Trafficking Victims Protection Reauthorization Act (TVPRA). The law requires the United States to ensure the safety of any children repatriated back to their homes. This means that the United States cannot just simply turn away or deport children. Border officials have an obligation to make sure that the environment the children are being deported to is safe. President Obama signed this bill into law March 7, 2013; however, a key part of the law allowing these children to gain legal counsel and appeal to stay in the country was signed by President George W. Bush in 2008.

Republicans also assert that Obama’s enforcement of the DREAM act through executive order is an incentive for children to come to America, but there is less concrete evidence to support this.

What is happening to these children when they come here?

These children would be quickly brought back home if they were coming from Mexico or Canada; however, they have to go through a formal deportation process because they are coming from far-away countries. Thanks to the TVPRA, this process involves month-long hearings where the children can appeal to stay in the country. Currently, there’s a massive 360,000-case backlog preventing many of these children from having their cases heard. Since so many are coming at once, it is likely that they will be stuck in detention for some time until a solution is found.

What is the Obama administration trying to do about it?

Obama has requested $3.7 billion from Congress to deal with the border crisis. The administration is telling Congress that the money will go toward building detention facilities to help ease overcrowding, the hiring of judges to hear the backlog of immigration cases, and border security to prevent more children from illegally entering the country. The plan would also allocate $300 million to the State Department to assist Central American countries in repatriating their citizens.

Watch President Obama present this plan to the press:

How are Republicans reacting?

Not well. Republicans are calling the plan a “blank check” without any accountability. Republicans in Congress are also not happy that Obama is not planning on amending the TVPRA to make it easier to deport illegal immigrants.

Conservatives have been crying foul about this crisis for the last week. Texas Governor Rick Perry even called this situation “Obama’s Katrina.” Most notably, former Alaska Governor Sarah Palin has called for Obama’s impeachment. Palin argues that Obama is deliberately opening the borders and allowing illegal immigrants into the country.

Is Obama going to be impeached? Absolutely not. A President can only be impeached if he has committed high crimes. Obama has not violated any laws. In fact, the current immigration laws are part of the reason this crisis is happening in the first place. Still, Palin’s call for Obama’s impeachment shows that Republicans are angry about this issue.

Watch Boehner blame Obama’s actions for the current problem and criticize the President’s plan to solve the humanitarian crisis:

Law Street’s Allison Dawson lives in the affected area of Texas and has expressed anger at the fact that the children will be housed in abandoned Texas schools that could be used for other purposes.

Across the board, it looks like this has become the newest reason for Republicans to criticize the President.

What does this mean for immigration reform?

Not much. Immigration reform is almost guaranteed not to happen in 2014. Both Speaker John Boehner and President Obama agree that the reform effort is dead.

This is unfortunate because a comprehensive immigration bill could fix many of the problems posed by this spike in illegal immigration, including solving the backlog of cases, sealing the border, and providing a path to citizenship for those who go through the proper channels.

Washington Post: Obama is Accused of ‘Lawlessness’ for Following Law

Eric Essagof
Eric Essagof attended The George Washington University majoring in Political Science. He writes about how decisions made in DC impact the rest of the country. He is a Twitter addict, hip-hop fan, and intramural sports referee in his spare time. Contact Eric at staff@LawStreetMedia.com.
Share:
Related ItemsBoehnerBorder CrisisCentral AmericaChildrenHondurasIllegal ImmigrationImpeachObamaRick PerryTexasTVPRAUnaccompanied Children