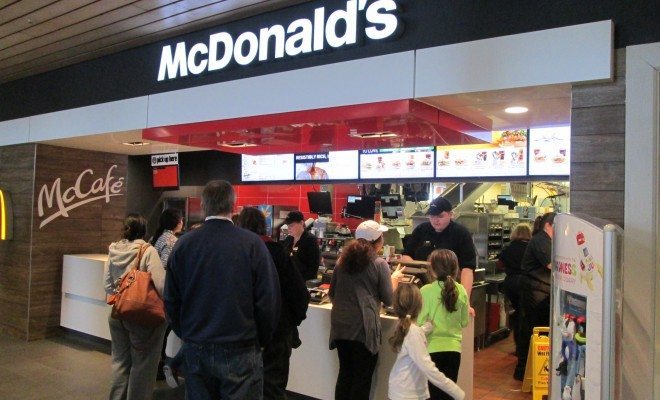 It started a few years ago: the calories and sodium that you are consuming when you sit down to eat a Big Mac or a Whopper stare at you from the side of the package. This phenomena occurred because of something called obesity lawsuits–legal claims by people who consume fast food at least a few times a week that they didn’t realize what they were putting into their bodies. Read on to learn about obesity lawsuits, their popularity, and the legal arguments behind them.

What Are Obesity Lawsuits?

The national conversation about what we eat and what is in it isn’t new, but it has exploded recently, from First Lady Michelle Obama’s initiatives to the school systems and even popular media. The food and drink community has been changing the way they make, market, and package foods, and it has all been either a direct result or a symptom of obesity lawsuits.

Most of the lawsuits that fit into this category come from people who blamed fast food restaurants for causing them to gain weight. They said that they weren’t aware of just how many calories they were consuming and that the companies used false advertising to say that they were healthier than they actually are. These lawsuits, as an overarching theme, also “claim that companies failed to warn consumers of the harmful contents of their food; that food advertising is misleading or deceptive; that food is addictive…or that defendants’ food contributed to consumers’ obesity.”

Obesity lawsuits have been around for decades. At least 26 states have banned any type of lawsuit against a fast food company, both restaurants and manufacturers. The Washington Post goes into more detail about these laws, stating they are:

‘Commonsense consumption’ laws, which prohibit people from suing food purveyors for making them fat, giving them diabetes, or adding to their high blood pressure.

LegalZoom points out that even though there isn’t a federal ban on the cases, there is a distinct bias from the system, which is why the ban proceeded with so much support.

Those who were for the ban on obesity lawsuits spoke out on Fox News:

‘The bill seeks to block lawsuits by people because they ate too much and got fat,’ says Rep. Chris Cannon, R-Utah, one of the bill’s sponsors.

‘We should not encourage lawsuits that blame others for our own choices and could bankrupt an entire industry,’ notes Rep. Lamar Smith, R-Texas.

In a conversation with The New York Times, the Steven C. Anderson, president of the National Restaurant Association, which represents the 858,000 small and large restaurant businesses around the country, said:

Within the industry, it has gotten everyone’s attention. While we are concerned, we think them to be frivolous.

But are these lawsuits frivolous, or are they surrounded by the stigma against the obese?

Many of the plaintiffs that go up against fast food restaurants say that the food they receive is not as healthy as the restaurant would have them believe and that the quality of the food is not what was advertised in commercials. One of the most prolific cases against a fast food restaurant, Ashley Pelman et. al. v. McDonald’s Corporation, alleged that McDonald’s food items were dangerous for consumption and that McDonald’s was negligent in warning its customers. When proving this negligence, the plaintiff must prove:

The judge who presided over this case said that:

If consumers know (or reasonably should know) the potential ill health effects of eating at McDonald’s, they cannot blame McDonald’s if they, nonetheless, choose to satiate their appetite with a surfeit of supersized McDonald’s products.

He dismissed the case.

Proving negligence can be hard, especially in situations of other unhealthy choices on the part of the consumer. This particular case did not do that, but it is held in high regard as one of the foremost cases for how to successfully sue a fast food company for negligence–those who do try to sue make sure that they can prove those four points before continuing onward.

But what accountability does the fast food restaurant have? Those who have filed lawsuits against fast food restaurants have often said that the food is “unsafe for consumption,” due to its nutritional content, which is a harder sell in the court systems as there is no legal limit. For example, this is the same argument used against firearm manufacturers as well, but in those cases the arguments have not succeeded.

Plaintiffs also try to prove the manufacturer’s intent to sell the food using advertisements, public statements, and even internal documents. Once again returning to Pelman, they claimed that the promotional materials that said things like “Big N’ Tasty Everyday” encouraged regular consumption. They also quoted one of the nutritionists that McDonald’s featured on its website:

Our wide range of choices on our menu makes it possible for people to eat there three times a day if they wanted to.

The plaintiffs must be able to convince the courts that, if they had been given the appropriate and correct warnings about the food they were consuming, they would have changed their dining habits to something healthier. In other words: if the plaintiff had known that they were consuming something that was bad for them, would they continue to eat there?

There is really no foolproof way to determine that, but the courts must ask questions to make assumptions. Questions might include their current eating habits and if they lost any weight since they ceased visiting the fast food restaurant.

Overall, these cases are very hard to prove because of the amount of guesswork that needs to go in on all sides. A McDonald’s spokesman even said:

I don’t think that any of these lawsuits will prevail unless and until there is proof that fast food companies are intentionally and maliciously putting stuff into their food in an effort to make people ill or to addict them to the product. There is no proof of that–no hint of any proof of that–and I think that missing element makes these sorts of claims very difficult for courts to take seriously.

We first saw nutritional labels going onto our fast food containers around 2003 when the government believed that it would help Americans make healthier choices about their meals. This movement was all part of the Menu Education and Labeling Act that was proposed to make those choices easier. While the bill seemed to stall, McDonald’s was actually one of the first companies to start listing calories on its menus, saying it was to help customers make healthy choices.

There have been some modest improvement over the last ten years in some of the offerings available at fast food restaurants. According to Margo G. Wootan, director of nutrition policy for the Center for Science in the Public Interest in Washington DC,

Given the role of fast food in Americans’ diets, restaurants are in a unique position to help improve the diet quality in the U.S. by improving the nutritional quality of menu offerings. Modest improvements in average nutritional quality of menu offerings across eight fast-food restaurant chains were observed, which is consistent with both legislative efforts (e.g., banning trans fat) and the industry’s own statements about creating healthier menu options. However, considering that fast food is ubiquitous in the U.S. diet, there is much room for improvement.

Still, there hasn’t been much improvement in the choices that people are making while they are actually in the restaurant. In fact, fewer than half of the patrons at fast food shops actually notice that their food has calories listed, and it also really didn’t have an impact on what they ordered.

Obesity lawsuits and litigation are a problem that we need to solve, and that might just start with better education on all fronts. The stamping of calories and nutritional content on the sides of cups and the backs of hamburger cartons is a start for the companies. Now it is up to consumers to make the right choices for themselves. The argument will likely continue onward, even as more states push toward a complete ban on the obesity lawsuits.

Food and Drug Administration: Summary of Changes in the FDA Food Code 2013

Center for Science in the Public Interest: Availability of Nutrition Information From Chain Restaurants in the United States

Virginia Journal of Social Policy and the Law: Fast-Food Lawsuits and the Cheeseburger Bill: Critiquing Congress’s Response to the Obesity Epidemic

Washington Post: These 26 states Won’t Let You Sue McDonald’s For Making You Fat

Bloomberg Law: Where’s the Beef? The Challenges of Obesity Lawsuits

Legal Zoom: Can You Sue a Restaurant For Making You Obese?

Time: Can You be Fat and Fit — or Thin and Unhealthy?

Noel Diem
Law Street contributor Noel Diem is an editor and aspiring author based in Reading, Pennsylvania. She is an alum of Albright College where she studied English and Secondary Education. In her spare time she enjoys traveling, theater, fashion, and literature. Contact Noel at staff@LawStreetMedia.com.
Share:
Related ItemsDiabetesExplainerFast FoodHealthIssue BriefLawsuitMcDonaldsNational Restaurant AssociationObesity