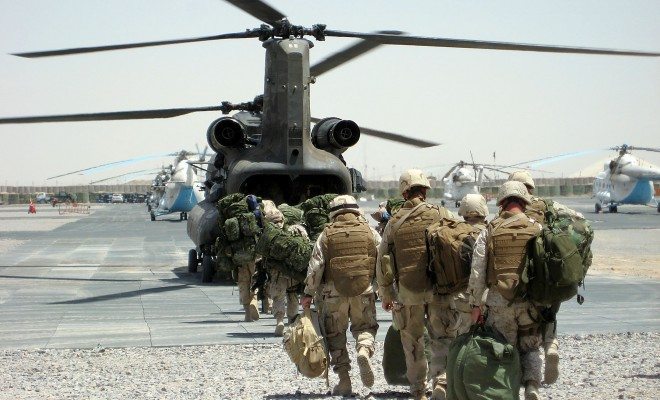 War Powers Act: Has it Outlasted Its Usefulness?

Executive control over declaring war or starting military missions has long been a controversial topic. According to the U.S. Constitution, only the legislative branch can order military attacks. Article I, Section 8, Clause 11, sometimes called the War Powers Clause, declares that Congress has the power “to declare War, grant Letters of Marque and Reprisal, and make Rules concerning Captures on Land and Water.”

Despite Congress having authorization authority, many presidents have used their executive powers to send soldiers into battle without an official declaration of war. This has been done in order to quickly activate military forces until Congress has time to pass funding and other approval measures. One might think that this violates the Constitution and has the president undermining Congress. So what powers does the president have in commanding military operations?

Due to the process of checks and balances, Congress and the president both have roles in military actions. Congressional approval is needed to declare war, fund armed missions, and make laws that shape the execution of the mission. The president has the power to sign off on or veto the declaration of war, just like on other congressional bills. The president is also the Commander-in-Chief and oversees the mission once Congress has declared war. So in short, if the president vetoes a congressional declaration of war, Congress can override the veto with a two-thirds vote in both the House and the Senate, and still force the president to control military action he does not support.

For more than 200 years presidents have asked Congress for approval of war, but many presidents have wanted to bypass Congress to put their own military operations into place. It wasn’t until the Japanese attack on Pearl Harbor in 1941 that Congress passed the War Powers Act of 1941, which gave the executive branch more power over military interventions and homeland protection, including ordering war participation from independent government agencies, and expurgating communications with foreign countries. These powers lasted until six months after the military operation. The Second War Powers Act was passed the following year, which gave the executive branch more authority overseeing War World II operations. It was this act that allowed the U.S. to relocate and incarcerate more than 100,000 Japanese Americans.

Presidents used the War Powers Act numerous times over the next 20 years. Neither the Korean or Vietnam Wars were technically wars, but were military interventions in intense foreign conflicts because neither of them were passed as a declaration of war. This angered legislators who believed the president had too much control of the military. In response, they passed the War Powers Resolution of 1973, which President Richard Nixon vetoed arguing that it undermined his role as Commander-in-Chief; however, his veto was overridden by Congress.

What does the Resolution do?

Has the War Powers Resolution been violated?

Since the beginning of the resolution, numerous presidents have put military actions into play without congressional support, sometimes well past the 60-day window. In the 1990s, President Bill Clinton continued the assault on Kosovo past the deadline. In this case, Congress did not directly approve the missions, but approved funding for them.

After the terrorist attacks on September 11, 2001, Congress overwhelming passed a law permitting President George W. Bush to “use all necessary and appropriate force against those nations, organizations, or persons he determines planned, authorized, committed, or aided the terrorist attacks that occurred on September 11, 2001, or harbored such organizations or persons, in order to prevent any future acts of international terrorism against the United States by such nations, organizations or persons.” Support for the invasion of several Middle Eastern countries was high at first, but after years of fighting with no end in sight, approval for the “War on Terror” fell and so did public opinion of Bush’s handling of the war.

In 2011, President Barack Obama faced backlash from Congress and voters who claimed his use of executive powers as Commander-in-Chief were being stretched and that his actions overreached his authority. When the Libyan army started to kill its own citizens for protesting their government, Obama and leaders from several European countries decided to aid the Libyan civilian rebels by enforcing no-fly zones and providing aid for the cause. Because the president put into place a military action on his own, congressional Republicans called foul, saying he overstepped his boundaries by not first getting Congressional approval. The president defended his actions saying that U.S. military involvement did not meet the constitutional definition of a war and that it was not the U.S. that was leading the mission, but the North Atlantic Treaty Organization (NATO). Despite his assertion, in a letter addressed to President Obama, Speaker John Boehner demanded that the president withdraw troops; ten lawmakers from both sides of the aisle filed a lawsuit against the President for not getting congressional approval for the intervention.

Fighting ended on October 31 and NATO ended its operations following the death of Libyan leader Muammar el-Qaddafi. The suit, along with ideas for other potential legal actions, then ceased for the most part, due to dismissal precedent of similar cases.

How do voters feel about President Obama’s intervention?

At its beginning, most Americans were supportive of the president’s intervention in Libya. In March 2011, a Washington Post-ABC poll found that 56 percent of those polled were in favor of the U.S. implementing a no-fly zone across the region in order to protect Libyan rebels from government attacks. While the support for assistance was very high, Americans overwhelming believed that activating troops on the ground was too much, with polls showing disapproval around 90 percent.

Support for the military action was strong in the first weeks, with about 60 percent of Americans supporting the president’s initiatives, but as time marched on without any end in sight, support began to wane. By early June, only 26 percent of those surveyed believed the U.S. should continue the mission, according to a Rasmussen Report poll.

These polls seem to show that Americans don’t like unchecked military actions that go on too long. Does that mean the War Powers Act should be replaced with something that better balances executive actions and congressional approval?

Is repeal of the resolution on the horizon?

Congress has not officially declared war since June 1942 during World War II when it unanimously voted for war against the Axis countries of Bulgaria, Hungry, and Romania. Many lawmakers think that because the U.S. response to foreign conflicts has become quicker due to improvements in technology and intergovernmental military alliances–like NATO–that the War Powers Resolution is no longer needed.

Several members of Congress have suggested the repeal of the War Powers Resolution entirely, or replacing it with a measure that gives the president diminished power. In January 2014, Sen. John McCain (R-AZ) and Sen. Tim Kaine (D-VA) revealed a piece of legislation, the War Powers Consultation Act of 2014, that would replace the resolution and restrict the president’s military power. It would require the president to consult with Congress before using military forces in foreign conflicts and require the president to consult Congress within three days of deployment. It also sought to create a Joint Congressional Consultation Committee that would enforce a dialog between the executive and legislative branches. The act would not apply to humanitarian or covert missions. After the Libyan conflict ended in a substantial NATO victory in October 2011, support for reform fell until military intervention in Syria in 2014.

The definition of war makes it difficult to effectively apply the War Powers Resolution. Does war mean boots on the ground, weaponry assistance, or no-fly zones? This question is hard to answer and is debated with almost every military intervention.

Americans tend to support giving an incumbent president more power over military decisions when citizens are attacked on U.S. soil, and during the early part of missions. Once the mission seems to be dragging on, support and morale fall, and so does congressional support. If a president wants to go rogue on his own, he has to get the job done fast or the missions might fail to maintain support. The War Powers Resolution has helped the U.S. respond to foreign conflicts quickly and without that power many missions may never have been started.

IBT: Majority of Americans Against Sending Ground Troops to Libya

Washington Post: White House Should be Moderately Worried on Libya