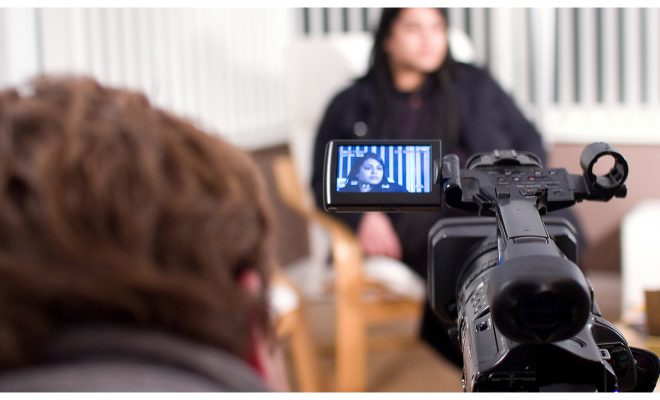 Televised Trials: Should Cameras Be Allowed in the Supreme Court?

As more and more young people become interested in what is going on in the Supreme Court, there has been a call for cameras to be allowed inside the deliberations. With an especially important verdict on gay marriage rights for all 50 states coming in April, as well as many other heavy decisions, it seems like there’s no time like the present to install cameras in the hallowed halls’ however, two justices–Elena Kagan and Sonia Sotomayor–recently spoke against the move, making it unclear if the American people will ever have a glimpse into the court’s proceedings.

There is such transparency for some courts and cases–especially those involving celebrities and high-profile individuals. A group of media and legal organizations have joined together to form an organization called the Coalition for Court Transparency, and it petitioned Chief Justice John Roberts to start televising the arguments occurring in the nation’s capital. His response? “There are no plans to change the Court’s current practices.”

Throughout the last two decades or so, the justices have given many different reasons for banning cameras inside of the courtroom, including: cameras will encourage “showy” testimonials, the media will use embarrassing sound bites, or that people will misunderstand and judge without looking into the details; however, there are some who speak of the importance of having some transparency within the Supreme Court because it would encourage Americans to learn more about their judicial system: “There’s a real hunger out there from people to know more about the Supreme Court and the justices,” said Ariane de Vogue, Supreme Court correspondent for ABC News. “I think it would be a marvelous educational opportunity.”

Read on to learn about the considerations that must be taken into account during the debate over whether or not to put cameras in the Supreme Court.

Why should we break tradition?

The Supreme Court stands virtually alone when it comes to cameras inside the courtroom. States make their own rules when it comes to this issue, but many do allow them–as do the highest courts in some nations. Some states even livestream proceedings.

Jerry Goldman, director of the Oyez Project at the Chicago-Kent College of Law at the Illinois Institute of Technology says that the Supreme Court is simply behind the times and always will be unless there is some new blood within its walls: “It’s just uncomfortable with change,” said Goldman, whose website catalogs oral argument audio. “They’re always in the caboose.”

Another professor, Sonja West from the University of Georgia School of Law, sees it a different way: the Supreme Court Justices fear breaking something that already works well, afraid what such a monumental change will bring: “They feel very much like the guardians of a very important institution,” said West, who wrote about the Court’s camera policy in the Brigham Young University Law Review. West also says that the Court is so staunchly traditional because of the respect that shroud of secrecy gives–and respect is a main source of power.

Yet another professor, this one of Constitutional Law at Georgia State, Eric Segall, argues that because the justices are government officials, they should not have the choice of whether or not to be transparent. He suggests that the Court should have the burden of proving why cameras should not be allowed, and not the other way around. “This is a public hearing,” Segall said. “It’s open to the public. It’s material. It’s relevant, and people want to televise it. We should be allowed to see it.”

“We have three branches of government,” Dahlia Lithwick, who covers the Supreme Court for Slate, said about camera access. “Two of them are totally transparent, and one of them is completely secret, and that’s a problem.”

There have been a few arguments made repeatedly by the Supreme Court justices and those who support them in their calls for privacy. Each one has reasons why it’s a good idea to retain some mystery, but there are also reasons why the need for transparency may overcome the possible adverse effects.

The Public Will Misunderstand What is Going On

Justices have traditionally opposed cameras because people will not understand the role of oral arguments and will jump to conclusions and “root” for an outcome of the case. Justice Scalia has even gone on record to say that the complexity and interworking of the law “is why the University of Chicago Law Review is not sold at a 7-Eleven.”

Sotomayor told a reporter that arguments should not be televised in part because most viewers “don’t take the time to appreciate what the Court is doing.”

Still, there is a chance that people will misunderstand what is happening with the Supreme Court. The Supreme Court has always had problems when it comes to public opinion with consistent periods of low approval ratings, it is easy to see why that could be a fear. A simple misunderstanding could create mistrust between the public and the Court, undermining their effectiveness.

Even for those who are college educated, law isn’t typically a mandatory course like math or even political science. It will be difficult for the general public to grasp some of what is happening within the Supreme Court.

Justices have also feared that putting video cameras into the proceedings will allows journalists to take quotes from the hearing and use them as sound bites for laughs and shock.

Kennedy once said he does not want the Court to become part of “the national entertainment network.”

And Scalia told the Senate Judiciary Committee, “[F]or every ten people who sat through our proceedings gavel to gavel, there would be 10,000 who would see nothing but a thirty-second takeout from one of the proceedings, which I guarantee you would not be representative of what we do.”

Pretty much every news network uses videos of politicians in order to prove points–and taking things out of context seems to be the norm. So, is there something to be said about fearing the editing process? Of course–as with anything. However, it will be up to the journalist to uphold ethics when reporting the news. What comes out of the mouths of the Justices isn’t always how they truly feel or how they want the case to go. Any footage that is taken from the proceedings will have to be taken with a grain of salt.

Notably, one can still get same-day written transcripts of the oral arguments and opinion announcements; however, these do not take things like tone and delivery into consideration. The Justices have learned to choose their words wisely so that they do not come across wrong on paper.

Sotomayor discussed the problems with all reporting to The New York Times, saying:

I don’t think most viewers take the time to actually delve into either the briefs or the legal arguments to appreciate what the court is doing,” she said. “They speculate about, oh, the judge favors this point rather than that point. Very few of them understand what the process is, which is to play devil’s advocate.

There are also concerns that if cameras are brought into the Supreme Court, the advocates will pander to them. Instead of focusing on the merit of their arguments, they will try to be more convincing and flashy. That being said, that worry gives very little credit to the attorneys arguing the cases–their arguments would still be what the Supreme Court decided on, so there would be little value in creating a performance for outside audiences.

Putting cameras in the Supreme Court is going to take some work from everyone involved. It isn’t going to be something that can have a seamless transition and just happen overnight. Instead, it is something that journalists, viewers, lawyers, and justices will have to come to terms with, and change their behaviors accordingly.

Whatever the change is, there needs to be more transparency in a system that is broken. The Coalition for Court Transparency claims:

Currently, to attend Supreme Court hearings, individuals must stand in line outside the building and wait to be ushered in. There are roughly 400 seats in the courtroom, only a fraction of which are available to the public. That means countless Americans hoping to view the arguments are unable to, especially in cases that have broad public interest, such as the marriage equality, Obamacare, voting rights, and affirmative action cases in recent terms. For these types of cases, interested citizens must often line up hours, if not days, in advance of the arguments. In some instances they have to compete with “line-standers” whose employers have been paid thousands of dollars to hold a powerful or wealthy person’s place in line.

Stay tuned for the next few months as the changes are sure to come quickly.

BYU Law Review: The Monster in the Courtroom

Slate: Amicus: Cameras in the Courtroom

Reporters Committee for Freedom of the Press: Holding Out Against Cameras at the Supreme Court

USA Today: Justices Rock it on the Road, If You Can Find Them

Blaze: New Push to Get Video Cameras in Supreme Court