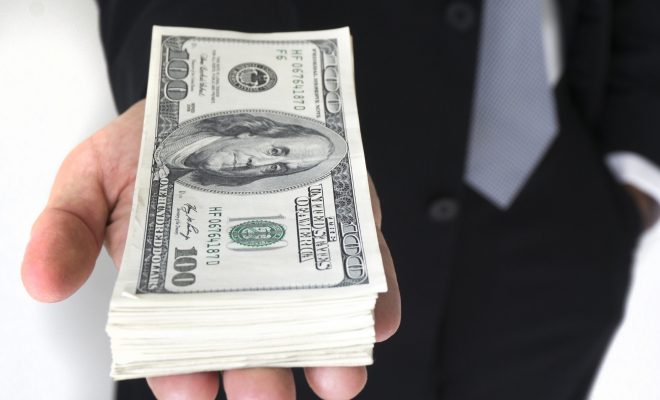 Should we Provide Stipends for People to Not Commit Crimes?

With homicide rates and gun violence on the rise, some cities are trying controversial programs in an attempt to address the root causes of crime. This spring, Washington, D.C. voted to approve a program that would provide stipends to at-risk people to help ensure that they don’t commit violent crimes. Critics characterize the program as rewarding criminals for refraining from doing what they shouldn’t be doing in the first place. They say the program is antithetical to our values as a country of laws and lawbreakers should be penalized when they do commit crimes, not rewarded when they don’t. But these programs are actually much more involved than a simple payment to stay on the straight and narrow.

Blessed Are The Peacemakers

The D.C. program that was approved this spring, which will likely never come to pass because it won’t be funded, is based on a similar program in Richmond, California. The program would have cost $4.9 million over four years, $460,000 of which would have been in stipend payments. The entire program was taxpayer funded, unlike in Richmond where the stipends were funded by private foundations. In the video below, advocates for the proposal in D.C. give a brief explanation of how they would characterize the program.

Proponents argue that it isn’t a welfare program or a bribe. Rather it is a way to reward people who are at-risk to continue criminal activity (particularly violent criminal activity) for choosing to engage in socially positive activities instead. For example, one woman in the video gets a stipend for pursuing training for a design career. That activity might not be available to her without the stipend and by opening her up to that opportunity the stipend helps ensure her success. That, in turn, makes the community safer.

It’s unclear how much the program in Richmond, called the Operation Peacemaker Fellowship, is actually responsible for the city’s decrease in crime. But there has been a sharp reduction in violent crime since its implementation and officials note that four out of five participants in the program are no longer engaged in gun crimes. The Richmond program is more involved than merely identifying people who are likely to commit a crime and giving them an economic incentive not to. It involves continuing mentorship and requires that fellows meet goals they have set for themselves as a pre-condition for receiving the stipend. One could characterize these as payments for getting a GED or some other accomplishment as easily as they are labeled payments to not commit crimes.

This video by PBS, which is long but worth viewing to understand the program, goes into detail about what exactly Richmond did and how the stipends actually work.

As the video explains, the stipends are for a limited 9-month period, paid once a month, and are directly tied to the accomplishment of certain goals in that person’s “life plan.” While the program requires participants to stay away from gun violence, payments are conditional on a range of factors beyond simply avoiding crime. The introduction of positive activities and new positive behaviors is required.

Financial incentives can be powerful tools for changing habits. The trick to using a financial incentive is to make sure that you are incentivizing what you want, and not something that could be counterproductive. For example, perversely incentivizing the breeding of rats (there’s more on that in an earlier post). With this program, there are two potentially negative incentives that we might worry about.

The first one is a classic perverse incentive when offering aid to people in particularly bad circumstances. We do not want such a program to encourage people to commit crimes, or a series of crimes, in order to be eligible to participate. If the amount of money being offered is high enough previously law-abiding citizens (or at least citizens who weren’t committing gun violence) might decide to become eligible for the program.

This fear is probably farfetched. To be eligible for the program you need to be a likely offender, so either someone likely to commit a crime or be the victim of one. Often that means having a criminal record or living in an area where there is heavy violence, or both. The highest potential payment is $9,000, which requires 6 months in the program before you’re eligible and then the payments are broken up over nine months. So assuming you get the full $9,000, it would take you 15 months and a lot of work to earn it. There are easier ways to earn money.

The second argument against the program is that by providing a financial incentive we are diminishing the “intrinsic motivation” of the fellows in the program to not commit crime. Instead of wanting to not break the law for its own sake, the motivation is now financial, which will stop when the payments stop.

This argument is a misunderstanding of how the program actually works. If the program were actually just a check made out to the would-be criminal in exchange for showing they hadn’t committed a crime, then yes, the payments would be the primary motivation and when they stopped so would the motivation. But that isn’t how the program is designed to work. The program is designed to make payments for new starting new behaviors, not for stopping old behaviors. For example, a goal in someone’s life plan might be getting a GED. That month’s payment would be made only if the GED was acquired. Not engaging in gun violence keeps you in the program but that isn’t enough to get the stipend. If that happens in the last month of your eligibility, you aren’t going to give back the GED or undo some other milestone. It is already accomplished.

Similarly, the new behaviors that are being incentivized are also behaviors that, in and of themselves, make someone less likely to commit crimes. Take the GED example once again. Increased education will lead to increased earning potential over the long term, and therefore, is likely to reduce crime. So even when stipend payments stop, the effects of achieving the required goals are ongoing.

A third argument against this program is that it is contrary to our values to reward people for not committing crimes. Again this is based on a mischaracterization of what the financial rewards are actually for. The stipend is not necessarily paid to everyone in the program who is nonviolent. Rather that is the baseline requirement for entry into the program. The financial rewards come when milestones are met or goals reached, which is a concept that is consistent with our value of rewarding hard work. It’s much more like giving an allowance to your child for cleaning their room than it is a bribe for not throwing a tantrum.

The main distinction between the D.C. program, which will probably never be implemented, and the Richmond program is that the administrative costs were taxpayer-funded in Richmond, but not the stipends. The D.C. program planned to use taxpayer money for both. Obviously, it is very easy to support a program that gives away other people’s money, but when that money is coming from your taxes, support might be more grudging. I’ve never committed any crimes and no one is, as far as I know, offering me a stipend for that behavior.

But I’m not at-risk either. Offering me a stipend would not be a good investment because I am unlikely to commit a crime in the first place. However for individuals who are likely to cause harm to society (which we can more-or-less measure in economic terms) and cost taxpayers to then incarcerate, a program like this might well be cheaper. And that isn’t even factoring in the human value of reducing death and imprisonment while increasing opportunities.

The headline “Paying Criminals to Not Commit Crimes” is fairly catchy but it is not an accurate description of the program proposed in D.C. or the original program in Richmond. When you introduce a financial incentive to a problem you always run the risk that you’ll encourage something you did not intend to. But just because the incentive is financial does not automatically make it bad. Greed can, in fact, be good.

Brookings Institute: Should We Pay People Not to Commit Crimes?

Washington Post: Paying Criminals To Stay Out of Trouble: D.C. Could Be The Next City to Try Experiment

Time.com: Should Cities Pay Criminals To Not Commit Crimes?

Mary Kate Leahy
Mary Kate Leahy (@marykate_leahy) has a J.D. from William and Mary and a Bachelor’s in Political Science from Manhattanville College. She is also a proud graduate of Woodlands Academy of the Sacred Heart. She enjoys spending her time with her kuvasz, Finn, and tackling a never-ending list of projects. Contact Mary Kate at staff@LawStreetMedia.com
Share:
Related ItemsAt-Risk YouthCrimeGovernment AssistanceHigh Crime NeighborhoodsPublic PolicyStipendViolence Reduction