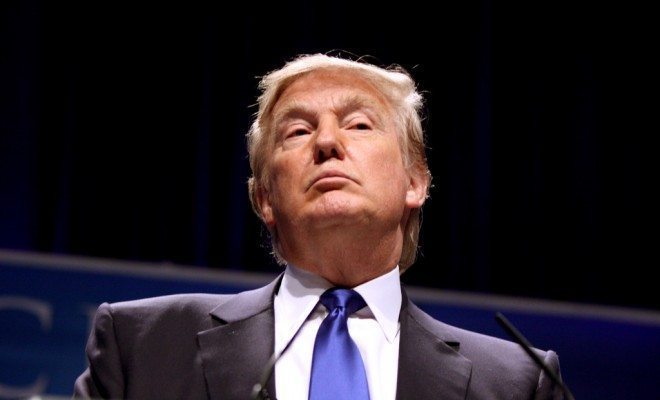 Marital Rape in the U.S.: What Are the Laws?

Does society perpetuate rape culture? Sadly, this idea has been proven over and over again. We keep asking the question and receiving the same answer: Yes. We saw it in the case of Bill Cosby. It took evidence of Bill Cosby blatantly admitting his crimes before a majority of the public believed he was guilty of raping and drugging women. For some people, it was just easier to believe the victims wanted their 15 minutes of fame than admit that the previously beloved actor committed such crimes. We saw it again in the protection of reality TV personality Josh Duggar it was revealed that he had a history of molesting girls including his sisters, and in the December retraction of Rolling Stone’s UVA campus gang rape story. The latest news brings us another story involving an alleged rape accusation: the Daily Beast reported on July 27 that Ivana Trump, ex-wife of  Donald Trump, accused him of rape during their marriage over 30 years ago. The controversy brings light to a highly controversial issue: marital rape. Even today there are still those who deny you can rape a spouse. So exactly what is the history and legality of marital rape in the United States?

Marital Rape in the News

According to the Daily Beast,  during the Trumps’ divorce proceedings Ivana claimed Donald raped her. She later clarified that she felt “violated” by the incident, rather than raped “in the criminal sense.” She further elaborated, “[O]n one occasion during 1989, Mr. Trump and I had marital relations in which he behaved very differently toward me than he had during our marriage. As a woman, I felt violated, as the love and tenderness, which he normally exhibited towards me, was absent. I referred to this as a ‘rape…’” Terms of the couple’s divorce agreement prohibit her from speaking on the marriage unless authorized by Donald himself. The Daily Beast cites a 1990 deposition from the Trumps’ divorce as well as the book “Lost Tycoon: The Many Lives of Donald J. Trump.”

After becoming aware of the report, Ivana labeled the story “totally without merit” in a statement to CNN. She also called her ex-husband and her “best friends” and remarked that Trump would make “an incredible president.” The authenticity of the story is in question. Ivana is denying it. The Daily Beast calls her recent statements ironic as the story is written “based on her own words.”

Regardless if Ivana’s words were misinterpreted or she is dishonestly recanting a story, the means by which Donald’s lawyer Michael Cohen responded to the allegations is appalling and shocking. Cohen threatened Daily Beast reporter Tim Mask and denied the existence of marital rape itself.

You write a story that has Mr. Trump’s name in it with the word ‘rape,’ and I’m going to mess your life up … for as long as you’re on this frickin’ planet … you’re going to have judgments against you, so much money, you’ll never know how to get out from underneath it…You’re talking about the front-runner for the GOP, presidential candidate, as well as a private individual who never raped anybody. And, of course, understand that by the very definition, you can’t rape your spouse.

Contrary to Trump’s lawyer’s statement, one can rape a spouse. All 50 states and the District of Columbia have laws barring nonconsensual sex with a spouse.

What is Marital Rape?

While rape is all non-consensual sexual intercourse, marital rape is specifically between spouses. It has been illegal in all 50 states and Washington D.C. since 1993. Before then, “marital exemption” allowed a person to a rape a spouse without fear of legal repercussions. Every state had a “marital exemption” law until 1975 when South Dakota became the first state to drop it. North Carolina was the last.  Its elimination is chiefly thanks to the women’s rights and equality movement. However, it is still significantly harder to prove marital rape than rape by any other.

According to HealthResearchFunding.org, 30 percent of adult rape cases were committed by a husband, common-law partner, or boyfriend, while 29 percent of all sexual assaults were perpetrated by a husband or lover. When there is a precedent of domestic violence in a marriage, the chance for marital rape increases by 70 percent. Only around 3.2 percent of victimized women report the crime when it is committed by someone they know. An alarming 69 percent of women who’ve endured spousal rape will be raped more than once. Lastly, 18 percent of spousal victims claim their children saw the incident.

Cases of Opposition to Marital Rape

You would think, at least since 1993, that the door is closed on the validity of the existence of marital rape, but somehow, it still seems to be a gray area where it should be black and white: non-consensual sex is always wrong. Trump’s lawyer’s remarks are just the latest in a history of disturbing events.

Michigan resident Rosanna Hawkins was attacked and raped by her estranged husband, armed with a six-inch knife. She filed for divorce a month before the incident and had been staying with her sister. The attacker, Eugene, was sentenced by Oceana County Circuit Court to 27 to 92 years in prison. However, in a 3 to 0 vote, the Michigan Court of Appeals overturned the verdict in 1987.

Why? At the time, Michigan only recognized marital rape as a crime if the husband and wife were living apart and one member had filed for divorce. The court also required that a person live in the state for at least six months before filing for divorce. In Hawking’s case, she had only returned to Michigan a week before she filed, deeming it invalid.

I don’t know how on earth you could validly get a conviction in a husband-wife rape when they’re living together, sleeping in the same bed, she’s in a nightie and so forth. There’s no injury, there’s no separation, or anything.

If she says no, it doesn’t matter where she is sleeping or what she is wearing. This is the same man who called birth control “baby pesticides” in 2004.

Fast forward to the current day. David Wise repeatedly drugged and raped his wife, Mandy Boardman, for years during their marriage. Boardman’s suspicions were confirmed when she found video on Wise’s cellphone. She went to the police in May 2011. After the ensuing trial, a jury convicted Wise of six felony sexual assault charges. He had told the jury that, “She was snippy and it made her nicer when he drugged her.” The prosecutor asked for a 40-year prison sentence.

Wise will not spend one day in jail. Marion Superior County Judge Kurt Eisgruber sentenced Wise to 20 years, with eight years suspended and 12 years spent in home confinement. It only gets worse. Boardman told The Times “[The judge] told me I needed to forgive my attacker and I needed to let my attacker walk. It was a punch to the gut from the justice system …”

What are the Laws Regarding Marital Rape?

As previously stated, marital rape is illegal in all 50 states and the District of Columbia. Generally speaking, marital rape is penalized like a rape committed by any other person. Fines can range between several thousand dollars to over $50,000. Prison terms also range from several years to life in prison without parole. Often, sentences are based on the violence of the crime. Surprisingly enough, there are still certain states that have variances in the law regarding spousal rape compared to other types of rape. In some states, marital rape is charged under a different section of criminal code, given shorter reporting periods, held to stricter degrees of force/threat, and penalized differently.

Ohio state law has two distinct subsections for rape. Outside the confines of marriage, sex is non-consensual if the offender uses a “drug, intoxicant, or controlled substance” to alter the “mental or physical condition” of the victim; however, this circumstance does not apply to spouses living together. There must be “force or threat of force.” Essentially, it is legal for a husband to drug and take advantage of his wife. Oklahoma has similar legislation, requiring “force or violence” to be considered marital rape. Oklahoma also defines sexual intercourse as rape when the victim is unconscious, so long as it is not the spouse.

South Carolina has even stricter laws. Sexual intercourse between spouses is non-consensual when “the threat of use of a weapon” and/or “physical violence of a high and aggravated nature” exists. In contrast, a weapon isn’t required in prosecuting “criminal sexual misconduct” outside the confines of marriage in South Carolina. Furthermore, the crime must be reported to law enforcement within 30 days of the event in order to investigate. In Idaho, “[n]o person shall be convicted of rape for any act or acts with that person’s spouse” except if the spouse struggled and was “overcome by force or violence,” threatened with violence, or drugged.

In Virginia, court-approved marital and/or personal counseling can be substituted for fines and prison time in marital rape cases. The victim must agree and the option is available only once. This leaves the door open, however, for the offender to pressure the victim into approving the alternative. This option is not open to other cases of rape.

Just last month, state legislators in Ohio embarked on a mission to remove the archaic word usage of their marital rape laws. Hopefully this is a sign of good things to come for the rest of the states that still believe spousal rape is different from any other rape. No is no. Regardless, there are still hurdles to be overcome and it’s wrong to be complacent with mediocre law writing.

Jezebel: A Brief Overview of Dudes Who Are Pretty Sure You Can’t Rape Your Wife

Jessica McLaughlin
Jessica McLaughlin is a graduate of the University of Maryland with a degree in English Literature and Spanish. She works in the publishing industry and recently moved back to the DC area after living in NYC. Contact Jessica at staff@LawStreetMedia.com.
Share:
Related ItemsCriminal LawDonald TrumpIvana trumpLawsMarital rapeRape