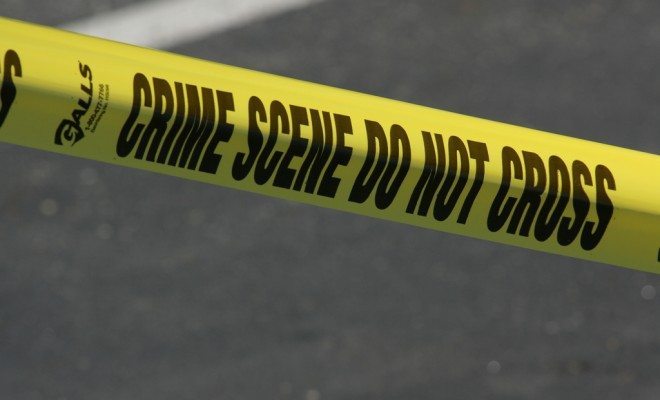 Rising Homicides in Some American Cities: What’s Actually Going on?

Baltimore recorded its 300th homicide of 2015 last month, marking the highest number of killings for the city since 1999. Given the decrease in the city’s population over the past several decades, the actual murder rate in 2015 may be the highest in the city’s history. While the rising number of homicides is certainly troubling for Baltimore, it is not the only U.S. city experiencing a spike in homicides. The explanations for this abrupt rise, after years of decline, range from the after-effects of much-publicized police killings to a drug epidemic to simply warmer weather. This article will examine this rise and seek to determine if it is an outlier or a sign of some new trend.

Murders on the Decline?

Before even getting to whether homicides are an increasing threat or even up in 2015, the numbers have to be put into perspective. The much larger trend at play has been a large and consistent decline in violent crime, including homicides, over the past few decades.

Since 1993, the violent crime rate per 100,000 people in the United States has dropped by more than 50 percent. Additionally, while the drop was felt nationwide, it was also specifically evident in cities like New York that have historically been associated with crime, though that association may be starting to wear off. In 1990, there were 2,245 homicides in New York City. By contrast, there were 328 murders in 2014, the lowest number seen since 1963 when New York was also a much smaller city. In other words, crime is down, way down, from twenty years ago. Two other examples are Los Angeles and Washington D.C., which saw their murder rates drop 90 and 76 percent respectively since 1992.

The explanations behind these drops range far and wide. A number of factors have been suggested, including a better economy, higher incarceration rates, the death penalty, more police officers, and even the greater acceptance of abortions to name a few. While all these have been suggested, however, none has necessarily been shown to hold water. Interestingly one of the most scientifically supported reasons has been the reduced use of lead in everyday goods because lead exposure in children is believed to cause more violent behavior. Reduced drug and alcohol use is another factor that has been cited in the reduction.

What’s Going on This Year?

In August, the New York Times published an article noting that 35 U.S. cities have seen their murder rates rise in 2015. This includes a number of major cities in the U.S. such as New York, Chicago, Philadelphia and even the nation’s capital, Washington D.C. After years of dramatic decline, what could be causing these rates to reverse course and begin to rise again?

The Devil is in the Details

While the data seems to suggest a rise in violent crime and there are several plausible sounding theories to support it, is it actually happening?  The answer to that question is both yes and no. After the New York Times published its article, Five Thirty Eight decided to take a closer look at the statistics. Using partial-year data for the nation’s 60 largest cities, it found that homicides are indeed up 20 percent from last year in 26 of the nation’s 60 largest cities and 16 percent overall. However, they were also down in 19 of the same 60 cities including places like Boston, Las Vegas, and San Diego to name a few. In other words, the results used in the sample from the Times article may be skewed. While certain cities’ homicide numbers are up, at most they are only up a fraction or not at all. It is also important to look at the raw numbers in addition to the percentages when there is a relatively small number of homicides to begin with. For example, Five Thirty Eight found that Seattle, Washington experienced a 20 percent increase in homicides at the end of August relative to the previous year, but that increase was the result of three additional murders–going from 15 in 2014 to 18 this year. It is also important to acknowledge that the data is preliminary and only includes part of the year. The full, definitive dataset will not be available until the FBI publishes its annual statistics next fall.

While certain cities’ homicide numbers are up, in most they are only up a fraction or not at all. It is also important to look at the raw numbers in addition to the percentages when there is a relatively small number of homicides to begin with. For example, Five Thirty Eight found that Seattle, Washington experienced a 20 percent increase in homicides at the end of August relative to the previous year, but that increase was the result of three additional murders–going from 15 in 2014 to 18 this year. It is also important to acknowledge that the data is preliminary and only includes part of the year. The full, definitive dataset will not be available until the FBI publishes its annual statistics next fall.

Thus, while the overall rise in the national rate of 16 percent is statistically significant–Five Thirty Eight’s finding among the largest 60 cities–many cities’ individual changes are not. Statistical significance is a test to determine whether or not a change or relationship is the result of chance. It is also worth noting that in 2005 almost an identical rise of 15 percent in the national rate of homicides occurred before the number regressed to the mean and continued its slow decline.

The Who, What, Where, and Why

There seem to be as many explanations for murders may be rising in these cities as there were in explaining the large decline in violent crime over previous two decades. However, many of theories behind the recent rise in homicides do not seem to stand up to scrutiny either.

One that has gained a lot of traction is a theory known as the “Ferguson Effect.” According to this theory, a major contributing factor to the spike in violence is a growing reluctance among police officers to carry out routine police work in fear of criticism. This theory is largely a response to the controversial shooting of Michael Brown in Ferguson, Missouri as well as the death of Freddie Gray while in the custody of Baltimore policy. Put simply, bad guys are running free because police officers fear public damnation.

Ironically, there is competing theory from a community perspective, arguing that police actions have made regular citizens less likely to go to the police for assistance and more willing to take matters into their own hands. In either case the rise in violence in St. Louis or Baltimore, which has been attributed by some as the result of a Ferguson Effect, actually started prior to the highly publicized incidents of police brutality so these explanations do not seem very plausible. Attorney General Lauretta Lynch also testified before Congress saying that there is “no data” to support that theory.

Another explanation is the vast number of guns in the United States. While the exact number of guns in civilian circulation is impossible to pinpoint, it is estimated there are as many as 357 million nationwide–approximately 40 million more guns than U.S. citizens. Once again, while having more guns around likely leads to more gun-related deaths, there were hundreds of millions of guns around prior to this year so that explanation is also not very convincing.

Others argue that an increase in gang violence, fueled by drugs, has led to increased homicides. Of the reasons given, increased gang warfare is one of most likely explanations because it would likely affect only certain neighborhoods or cities and not the entire country. Some argue that cities like Chicago, are experiencing an increase in gang violence and illegal guns, which may explain recent spikes in homicides, but that is unlikely to be the case for every city.

Even the economy has been blamed as part of the “routine activities theory,” which suggests that when people are better off financially they more likely to go shopping or out to eat and thus more likely to encounter criminals. Others argue that crime generally goes down when the economy is doing well. However, John Roman, a senior fellow at the Justice Policy Center at the Urban Institute, noted in an interview with Vox that a good economy can also lead to higher crime if improvements are not distributed equally and the needs of the underserved are not addressed.

When you look at all of the data and try to make sense of it with the competing theories, it seems likely that each city has its own explanation. We do not yet know whether or not the spike identified this summer is indicative of a trend, but if that is the case we likely need more data to determine what might be causing it.

The accompanying video looks at the increase and some of the reasons suggested for it:

Despite what the numbers say or whether the theories much of this data is based on are viable, people ultimately make up their own minds on what is true or not. In a 2013 Pew Research Center survey, 56 percent of  those polled believed that gun violence was higher than it was 20 years earlier, but in reality, gun homicides had nearly been cut in half by 2013.  This poll was conducted before the recent spate of highly publicized police killings, indicating the number may even be even higher now. It is not surprising the notion of higher homicide rates resonate with people, even if they are a one term aberration and near historic lows. The following video looks at the perception or misperception of crime in the United States:

While violent crime, including homicides, has been decreasing since the early 90s, recent evidence suggests there may be a spike in homicides this year–at least in some of the United States’ largest cities. But it remains unclear whether this is emblematic of a trend, or even if it was just a brief increase as has often occurred in the past. Even with this increase, however, the rate is nowhere near approaching the record highs from two-decades ago.

In light of these findings, many questions emerge. Why is the homicide rate up this year? Are these numbers skewed by an unrepresentative sample? Is this the sign of a trend or just a temporary blip? Questions like these will not be answered for years if they are answered at all. While it is necessary to try and understand the data in order to improve policing and crime-related public policy, it is important to take a more local look at why homicides might be going up in each city. A spike in several cities is not necessarily indicative of a national problem.

The Washington Post: Baltimore’s 300th Killing This Year: A violent Milestone in a Riot-Scarred City

NYC: News from the Blue Room

Forbes: What’s Behind the Decline in Crime?

Vox: Why Murder Rates are Up in St. Louis, Baltimore and Some Other Cities

The Washington Post: There are Now More Guns Than People in the United States

Michael Sliwinski
Michael Sliwinski (@MoneyMike4289) is a 2011 graduate of Ohio University in Athens with a Bachelor’s in History, as well as a 2014 graduate of the University of Georgia with a Master’s in International Policy. In his free time he enjoys writing, reading, and outdoor activites, particularly basketball. Contact Michael at staff@LawStreetMedia.com.
Share:
Related ItemsBaltimoreChicagoCrimeCrime in AmericaCrime RatesFBIFerguson EffectGunsHomicideMurder RatesNew YorkPolice